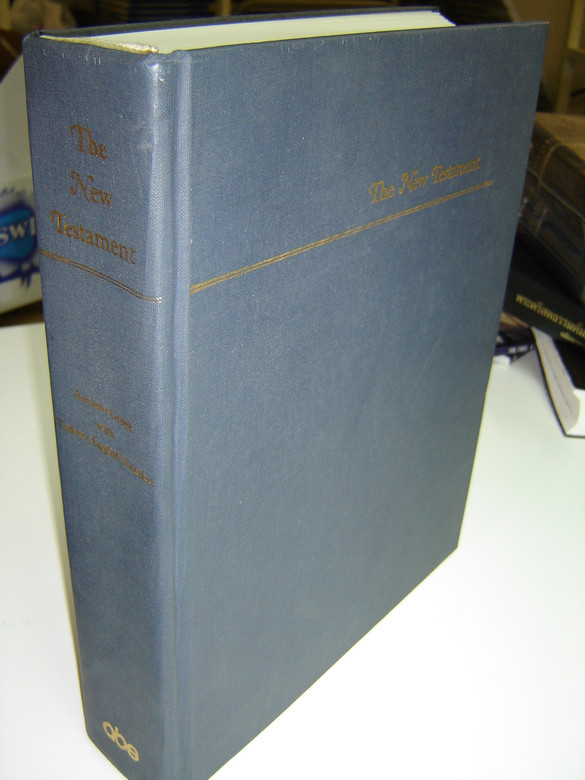 While the Nestle-Aland Novum Testamentum Graece is designed for scholarly research, the Greek New Testament, 3rd Revised Edition is designed for translators and students. Like NA27, this is the leading edition of the original text of the New Testament. It contains the same Greek text as NA27, differing only in some details of punctuation and paragraphing. The format of UBS4 is in several respects more user-friendly for students and translators than NA27. It has a more spacious appearance and a larger font. English sub-headings assist in navigating the text for those who may be less familiar with Greek. Old Testament quotations appear in easily recognizable bold font. Synoptic parallels are clearly listed under English headings. The critical apparatus includes exegetically significant variants (fewer than NA27) but adds extensive manuscript evidence (more than NA27) for each variant, thereby offering in-depth instruction for students on how variants and the evidence for them work together.

This Diglot New Testament contains the U.B.S., Greek New Testament, Third Edition (Corrected) 1983 and the Fourthedition of Today's English Version, 1976. The Purpose of this publication is to combine a new critical edition of the Greek text together with a translation of it which follows special principles in attempting to make the meaning of the text clear and simple to the widest possible range of readers. It is hoped, therefore, that this Diglot will prove valuable to all those, whether students,
teachers, pastors, or translators, who wish to know the meaning of the New Testament and to express it clearly and meaningfully to all people today, Christians and non-Christians alike.

The purpose of The New Testament in Today’s English Version is to provide a translation which can be understood by all who read English. It is intended primarily to meet the needs of those who have little if any specialized knowledge of the Christian Scriptures, as well as those for whom English is an acquired language. Therefore, “common” English is used in this translation, by which is meant that form of literary English that is common to all who speak the language, native and non-native speakers, of a high or a low level of education.