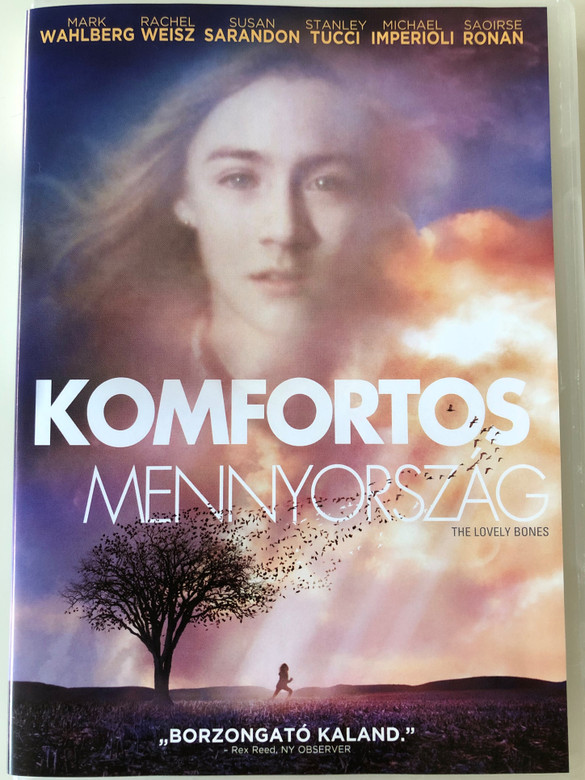 The Lovely Bones is a 2009 supernatural thriller drama film directed by Peter Jackson, and starring Mark Wahlberg, Rachel Weisz, Susan Sarandon, Stanley Tucci, Michael Imperioli, and Saoirse Ronan. The screenplay by Fran Walsh, Philippa Boyens, and Jackson was based on Alice Sebold’s award-winning and bestselling 2002 novel of the same name. It follows a girl who is murdered and watches over her family from "the in-between", and is torn between seeking vengeance on her killer and allowing her family to heal.

In 1973, 14-year-old high school freshman Susie Salmon dreams of becoming a photographer. One day, Ray, a boy she has a crush on, asks her out. As Susie walks home through a cornfield, she runs into her neighbor, George Harvey, who coaxes her into an underground "kid's hideout" he has built. Inside, Susie grows uncomfortable and attempts to leave; George grabs her and the scene fades until she is seen rushing past her alarmed classmate Ruth Connors, seemingly fleeing Harvey's den.

The Salmons become worried when Susie fails to return home from school. Her father, Jack, searches for her, while her mother, Abigail, waits for the police. In town, Susie sees Jack, who does not respond to her when she calls. Susie runs home to find Harvey soaking in a bathtub. After seeing the bloody bathroom and her bracelet hanging on the sink faucet, Susie realizes she never escaped the underground den and Harvey murdered her. Screaming, she is pulled into the "In-Between", that is neither Heaven nor Earth. From there, Susie watches over her loved ones, and resists her new afterlife friend Holly's urging her to let go.