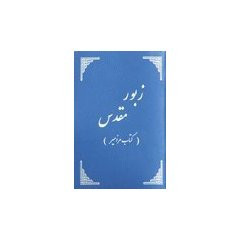 The Book of Psalms in Dari Language زبور مقدس

The Book of Psalms from the Bible (Today's Dari Version 2008)

Dari (Dari: دری‎, translit. dari‎ [dæˈɾiː]) or Dari Persian (فارسی دری fārsi dari [fɒːɾsije dæˈɾiː]) is the dialect of the Persian language spoken in Afghanistan. Dari is the term officially recognized and promoted since 1964 by the Afghan government for the Persian language. Hence, it is also known as Afghan Persian in many Western sources.

As defined in the Constitution of Afghanistan, it is one of the two official languages of Afghanistan; the other is Pashto. Dari is the most widely spoken language in Afghanistan and the native language of approximately 15–30% of the population, serving as the country's lingua franca. The Iranian and Afghan types of Persian are mutually intelligible, with differences found primarily in the vocabulary and phonology.