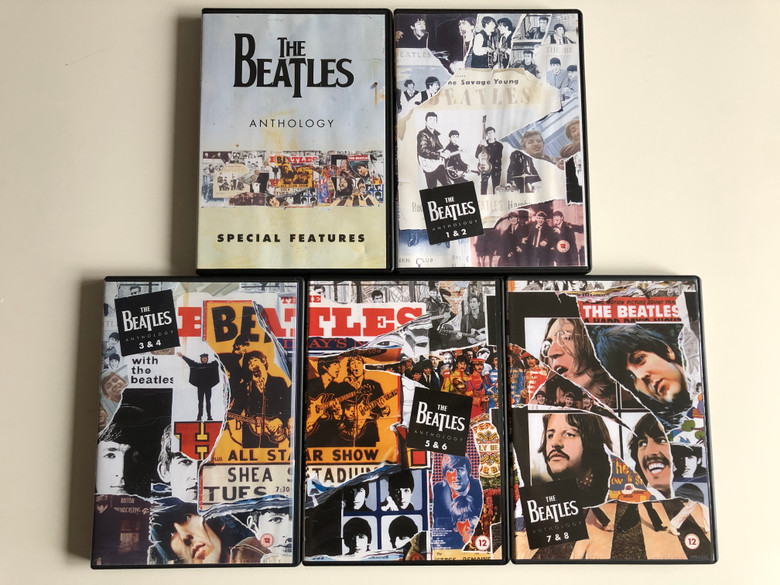 The Beatles Anthology is a television documentary, a three-volume set of double albums, and a book focusing on the history of the Beatles. Beatles members Paul McCartney, George Harrison and Ringo Starr participated in the making of the works, which are sometimes referred to collectively as the Anthology project, while John Lennon appears in archival interviews.

The documentary series was first broadcast in November 1995, with expanded versions released on VHS and LaserDisc in 1996 and on DVD in 2003. The documentary used interviews with the Beatles and their associates to narrate the history of the band as seen through archival footage and performances. The Anthology book, released in 2000, paralleled the documentary in presenting the group's history through quotes from interviews.

Bonus disc of rare and never-before-seen footage, including:
-Recollections (June 1994): Paul, George, and Ringo spend a summer's day together singing, playing and warmly remembering the early days
-Back at Abbey Road (May 1995): Paul, George, and Ringo at Abbey Road Studios with George Martin, play back the multi-tracks of some of their classic recordings and reveal the inventive techniques used during the original sessions
-Recording "Free as a Bird" and "Real Love": Paul, George, and Ringo, along with Jeff Lynne, discuss the story behind these recordings - includes intimate footage of them at work in the studio
-Real Love Video: The video not screened as part of the original Anthology series, now in glorious 5.1 surround sound
-Compiling the Anthology Albums: Paul, George, Ringo, and George Martin talk about how the three Anthology double albums were compiled
-Making the "Free as a Bird" video: An intriguing insight from director Joe Pytka into how the Grammy Award winning video was created
-Production Team: The team behind the Anthology series discuss how the programmes were made