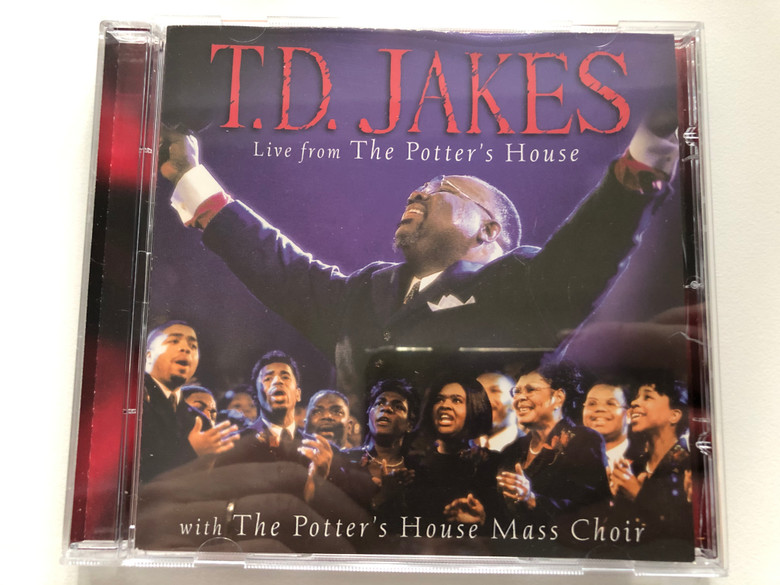 Thomas Dexter Jakes Sr. (born June 9, 1957), known as T. D. Jakes, is an American bishop, author and filmmaker. He is the bishop of The Potter's House, a non-denominational American megachurch. Jakes's church services and evangelistic sermons are broadcast on The Potter's Touch. n 1982, at age 25, Jakes became the pastor of Greater Emanuel Temple of Faith, a storefront church in Smithers, West Virginia, with ten members. In 1988, he joined the denomination Higher Ground Always Abounding Assemblies founded by Bishop Sherman Watkins. In 1990, Jakes moved to South Charleston, West Virginia, and his congregation grew again, to 300 members. In 1993 he moved to Cross Lanes, West Virginia.

In 1995, he founded "TDJ Enterprises" which publishes his books and produces his films. From 1995 to 1996, Jakes hosted "Get Ready," a weekly radio and television show with national distribution through syndication.

In 1996, Jakes, founded The Potter's House in Dallas, Texas, a non-denominational church. Located on a 34-acre hilltop campus, the Potter's House features a 5,000-seat auditorium, as well as offices for employees and staff.