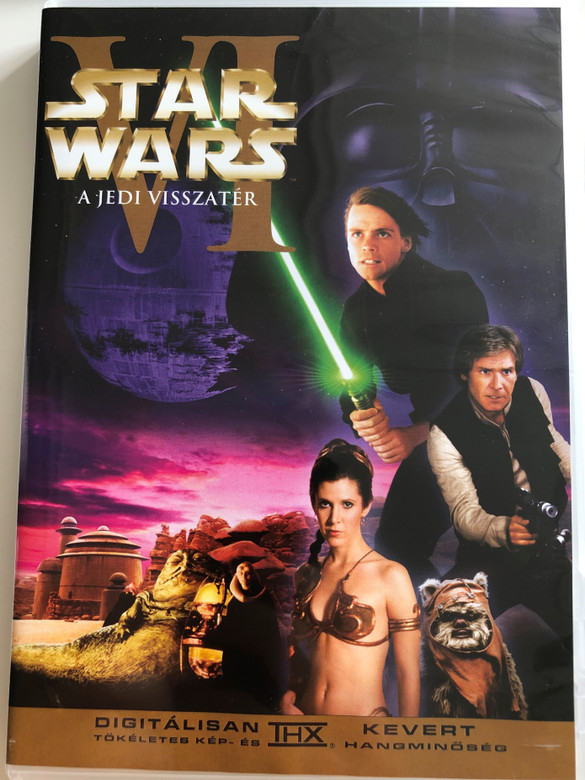 Return of the Jedi (also known as Star Wars: Episode VI – Return of the Jedi) is a 1983 American epic space-opera film directed by Richard Marquand. The screenplay is by Lawrence Kasdan and George Lucas from a story by Lucas, who was also the executive producer. It is the third installment in the original Star Wars trilogy, set one year after The Empire Strikes Back. The film stars Mark Hamill, Harrison Ford, Carrie Fisher, Billy Dee Williams, Anthony Daniels, David Prowse, Kenny Baker, Peter Mayhew and Frank Oz. It is the sixth film in the nine-part “Skywalker saga”

In the film, the Galactic Empire, under the direction of the ruthless Emperor, is constructing a second Death Star in order to crush the Rebel Alliance once and for all. Since the Emperor plans to personally oversee the final stages of its construction, the Rebel Fleet launches a full-scale attack on the Death Star in order to prevent its completion and kill the Emperor, effectively bringing an end to his hold over the galaxy. Meanwhile, Luke Skywalker struggles to bring his father Darth Vader back to the light side of the Force. 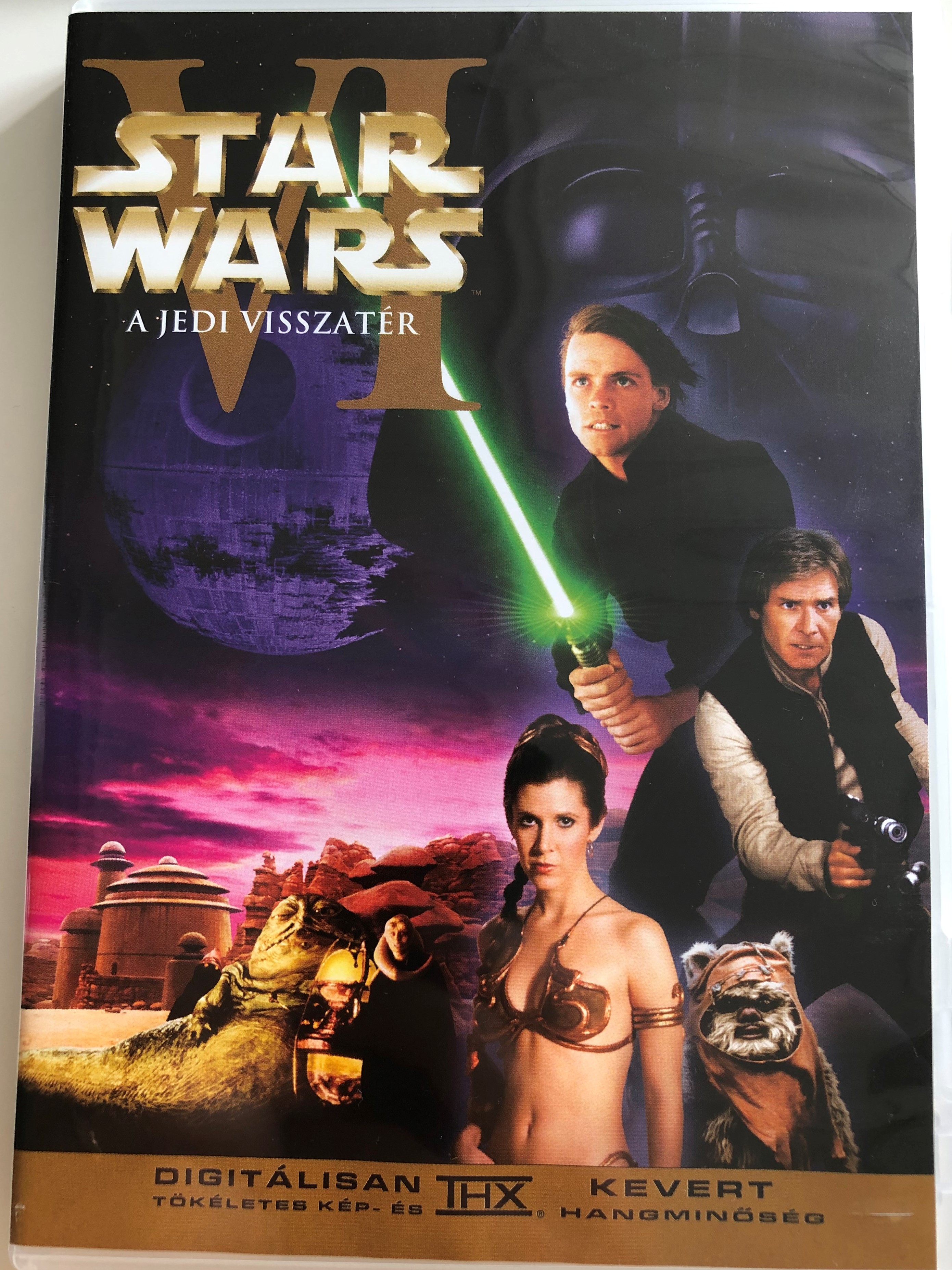 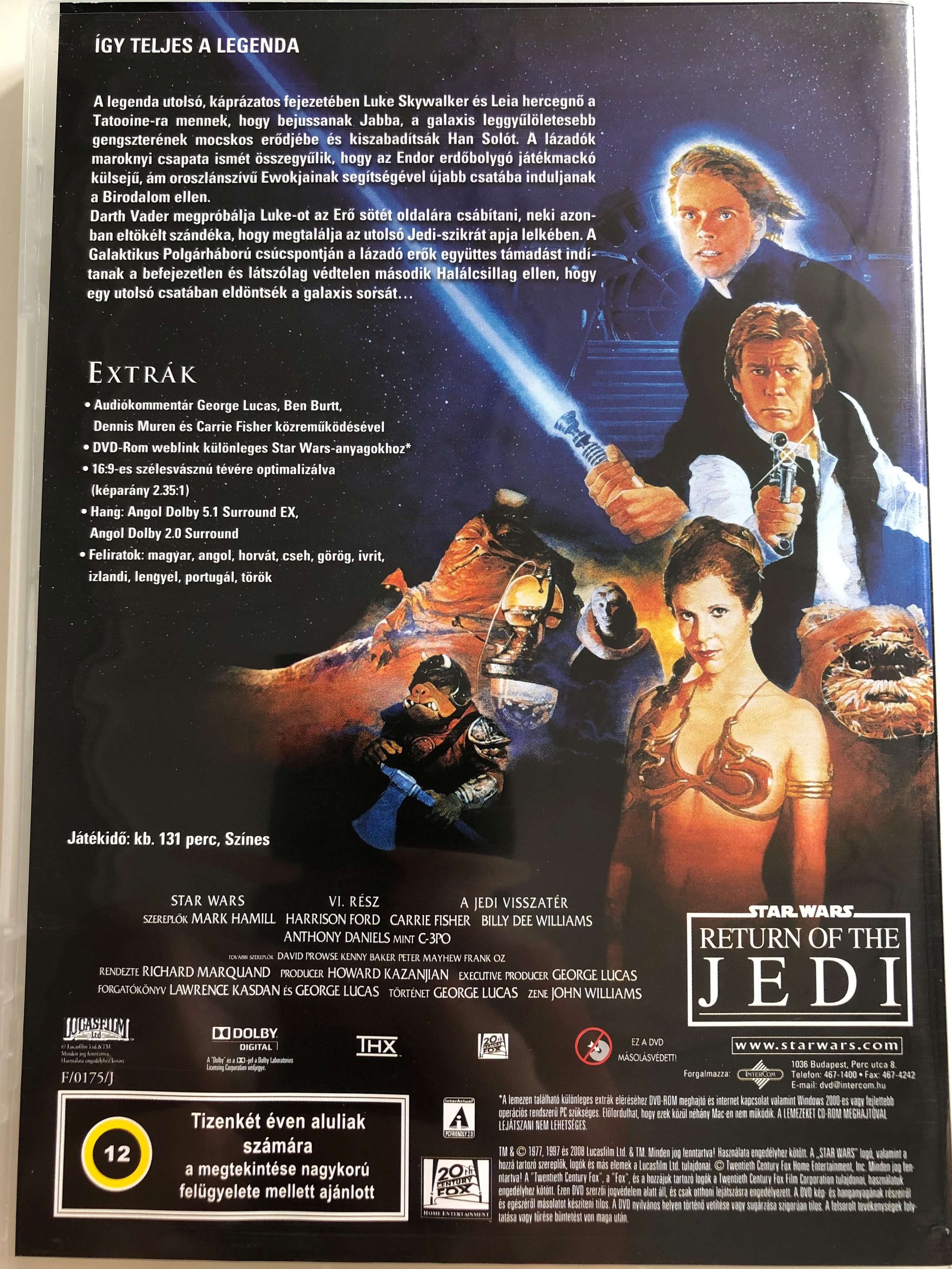