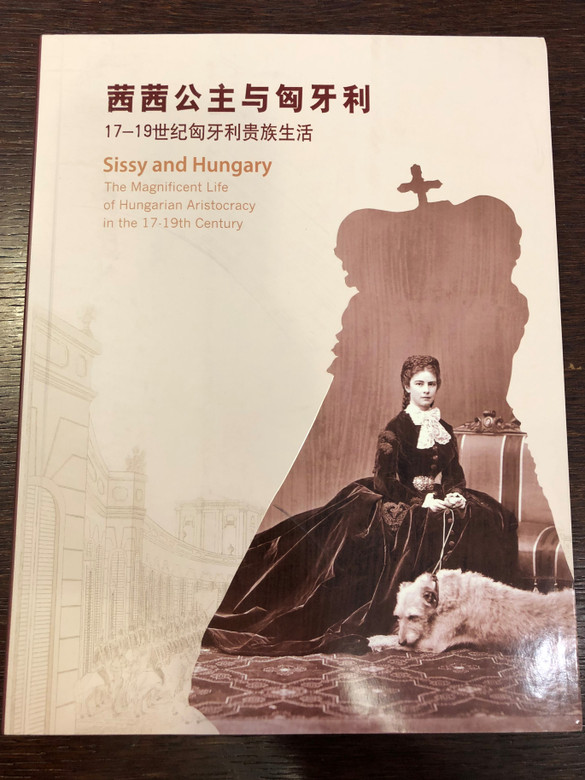 Elisabeth Amalie Eugenie, nicknamed Sissi, was a woman who stands out in Hungarian history. Her beauty, romantic temperament, experiences and legendary stories are well-known. In 1854 she was married into the prominent Austrian Habsburg family, becoming wife of Franz Joseph I and thus empress of Austria. Through her efforts, the Austro-Hungarian Empire came into being. Living a life rich in legend, Sissi enjoyed great popularity among the Hungarian people.

Today, the magnificent Palace Museum hosts precious Hungarian cultural heritage which represents that period, offering a cultural feast that transcends time and space. This exhibition features 149 valuable artifacts from the Hungarian National Museum, including oil paintings, gold and silver ware, commemorative coins and clothes. These five types of item provide us with five perspectives to look back upon that period of time. Let us enter this exhibition through the Forbidden City's impressive Gate of Divine Prowess, reliving the extraordinary life of the empress and tasting the history, culture and art of Hungary from the seventeenth to the nineteenth centuries.

Empress Elisabeth of Austria (born Duchess Elisabeth in Bavaria; 24 December 1837 – 10 September 1898) was Empress of Austria and Queen of Hungary by marriage to Emperor Franz Joseph I. She was born into the royal Bavarian House of Wittelsbach. Nicknamed Sisi (also Sissi), she enjoyed an informal upbringing before marrying Emperor Franz Joseph I at the age of sixteen. The marriage thrust her into the much more formal Habsburg court life, for which she was unprepared and which she found uncongenial. Early in the marriage she was at odds with her mother-in-law, Archduchess Sophie, who took over the rearing of Elisabeth's daughters, one of whom, Sophie, died in infancy. The birth of the heir apparent, Crown Prince Rudolf, improved her standing at court, but her health suffered under the strain, and she would often visit Hungary for its more relaxed environment. She came to develop a deep kinship with Hungary, and helped to bring about the dual monarchy of Austria-Hungary in 1867.

The death of her only son and his mistress Mary Vetsera in a murder–suicide at his hunting lodge at Mayerling in 1889 was a blow from which Elisabeth never recovered. She withdrew from court duties and travelled widely, unaccompanied by her family. In 1890, she had a palace built on the Greek Island of Corfu that she visited often. The palace, Achilleion, featuring an elaborate mythological motif, served as a refuge. She was obsessively concerned with maintaining her youthful figure and beauty, which were already legendary during her lifetime. In 1897, her sister, Duchess Sophie in Bavaria, died in an accidental fire at the "Bazar de la Charité" in Paris. While travelling in Geneva in 1898, she was mortally wounded by an Italian anarchist named Luigi Lucheni. Elisabeth was the longest reigning Empress of Austria at 44 years.