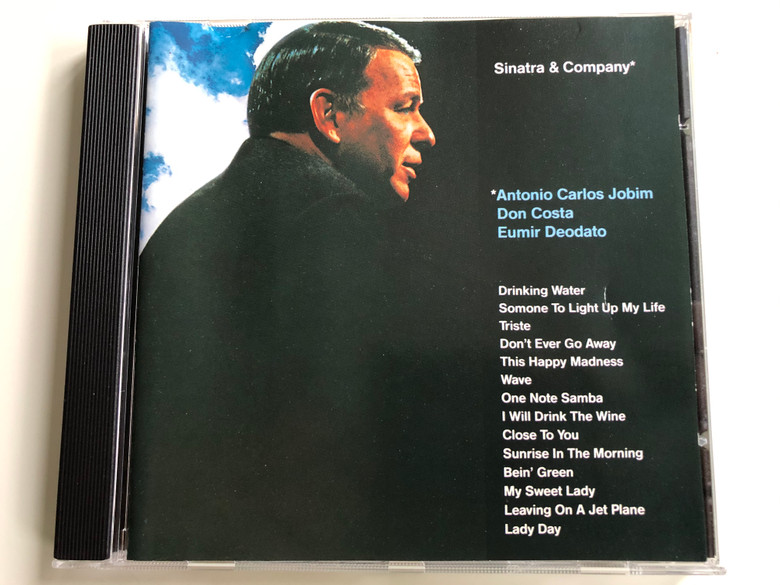 Sinatra & Company is an album by American singer Frank Sinatra released in 1971.

The first side of this album is in the bossa nova style, and the second side is influenced by soft rock, featuring a couple of standards from John Denver.

The bossa nova recordings were originally cut for a follow-up to the widely acclaimed Francis Albert Sinatra & Antonio Carlos Jobim. Arranged by Eumir Deodato, the recordings had been completed, the artwork finalized, and an 8-track tape release of the planned album, titled Sinatra–Jobim, briefly made available when the decision was made to retrench. Some of Sinatra's less mainstream albums hadn't performed well, and anxieties drove the creation of this hybrid.

Three songs recorded at the Sinatra-Jobim session – "Bonita", "Sabiá", and "Off Key (Desafinado)" – were omitted from Sinatra & Company. "Sabiá" was released in the USA as the flip side of the 45 rpm single "Lady Day" (Reprise 0970) in 1970, and was issued along with "Bonita" on the 1977 compilation Portrait of Sinatra and the 1979 compilation, Sinatra–Jobim Sessions . "Off Key (Desafinado)" was unreleased until its inclusion on the box set The Complete Reprise Studio Recordings in 1995. In 2010 the Concord Records label issued Sinatra–Jobim: The Complete Reprise Recordings, a comprehensive collection of all the tracks recorded by Sinatra and Jobim. 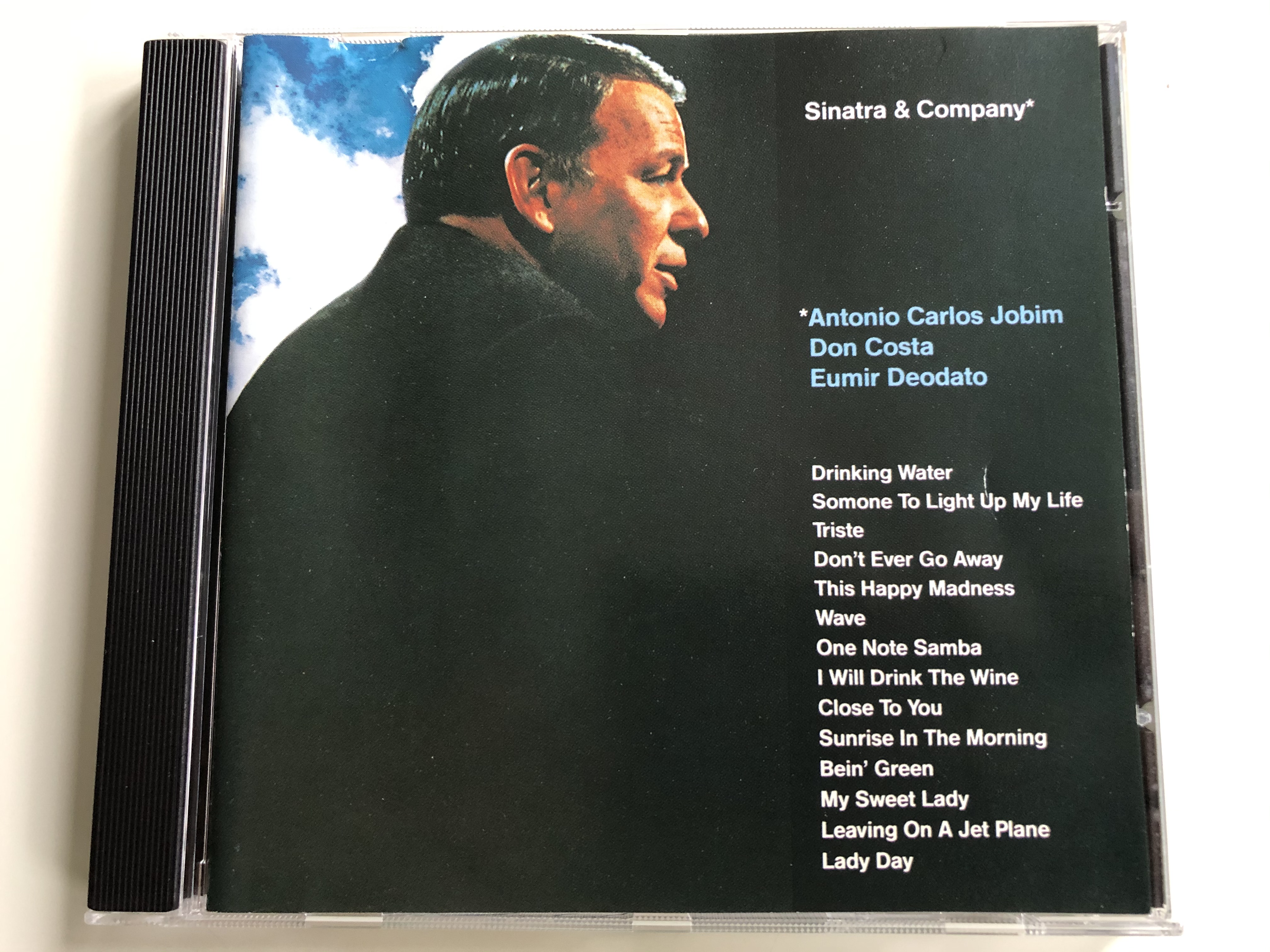 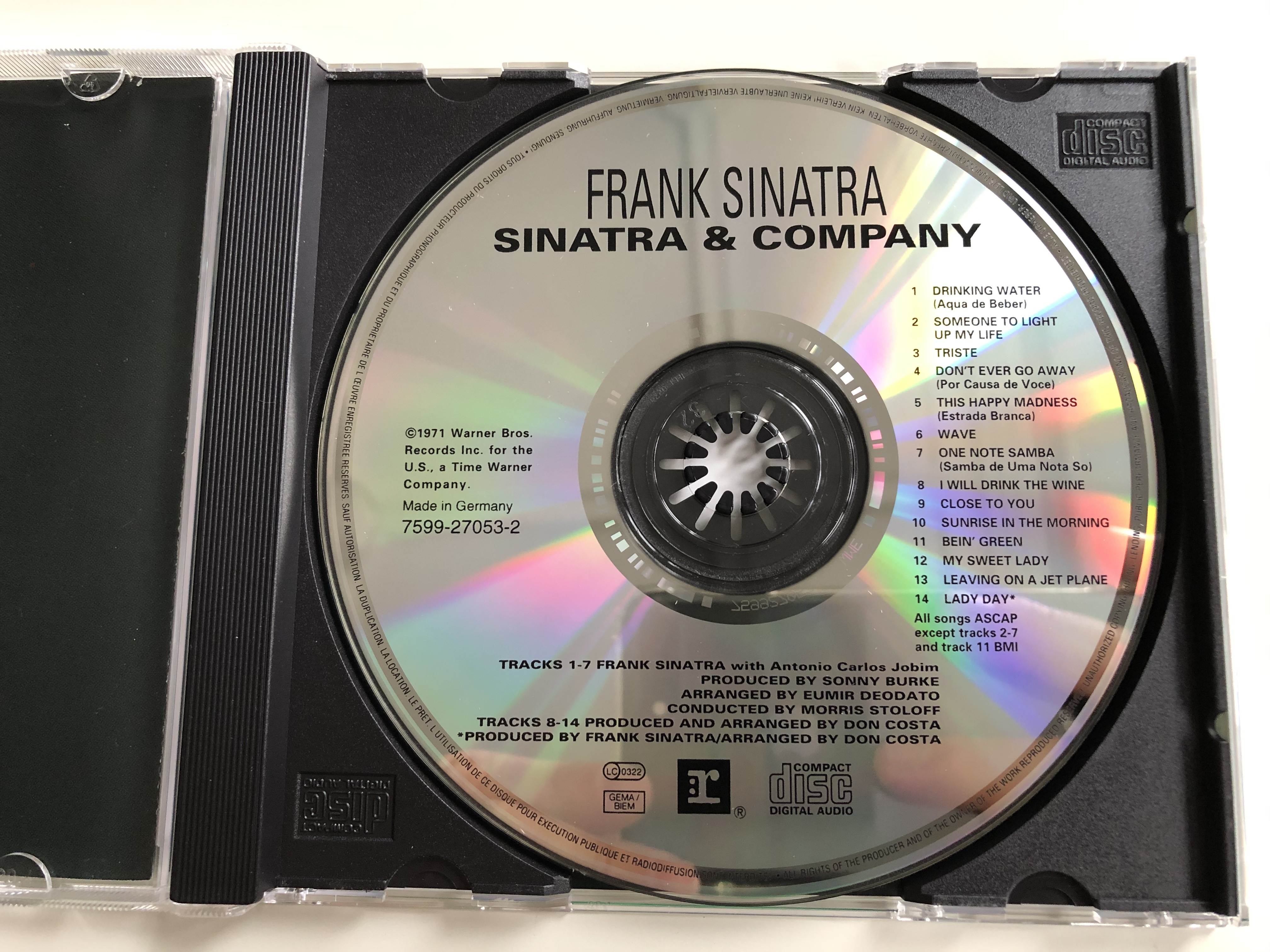 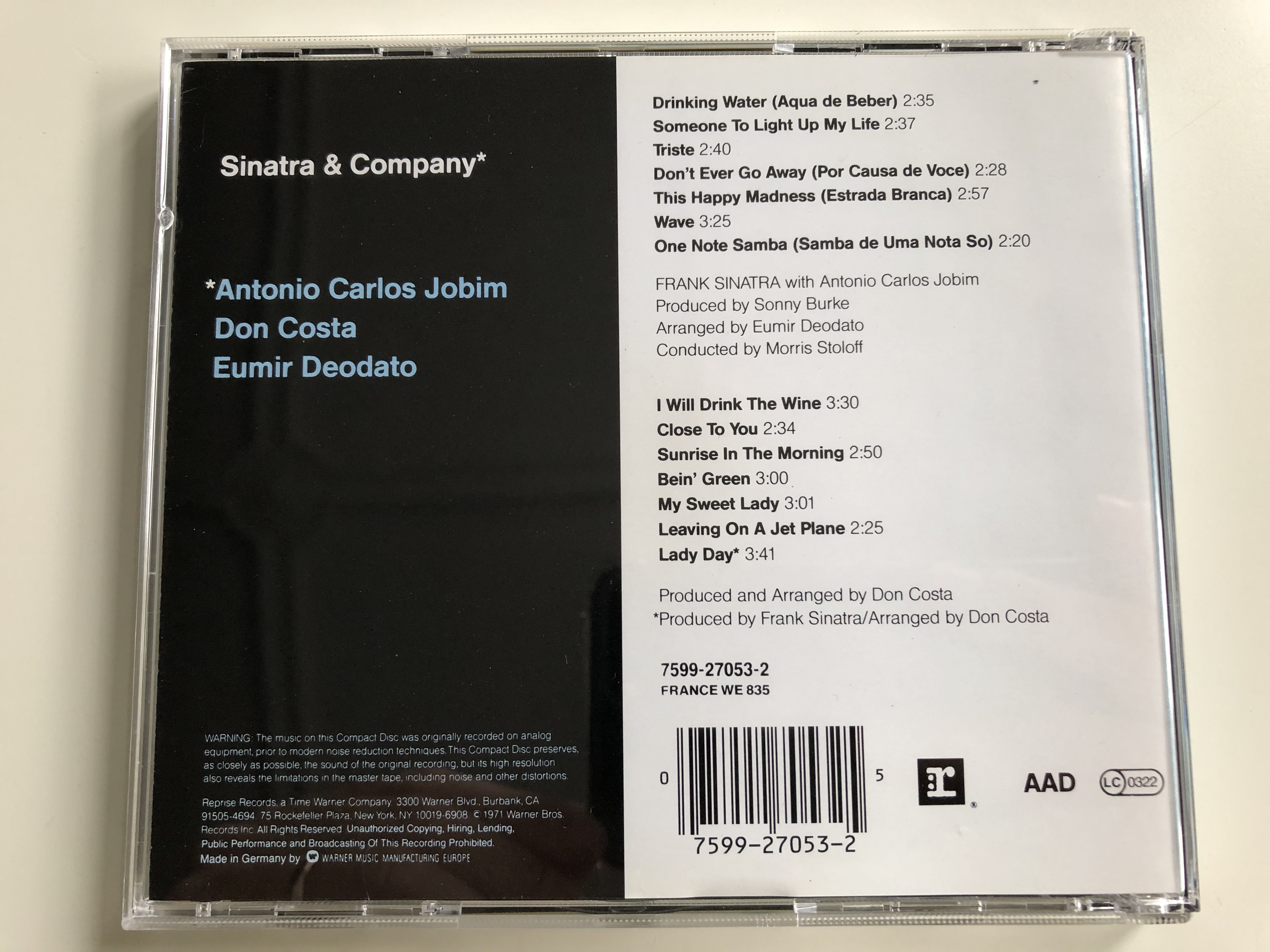