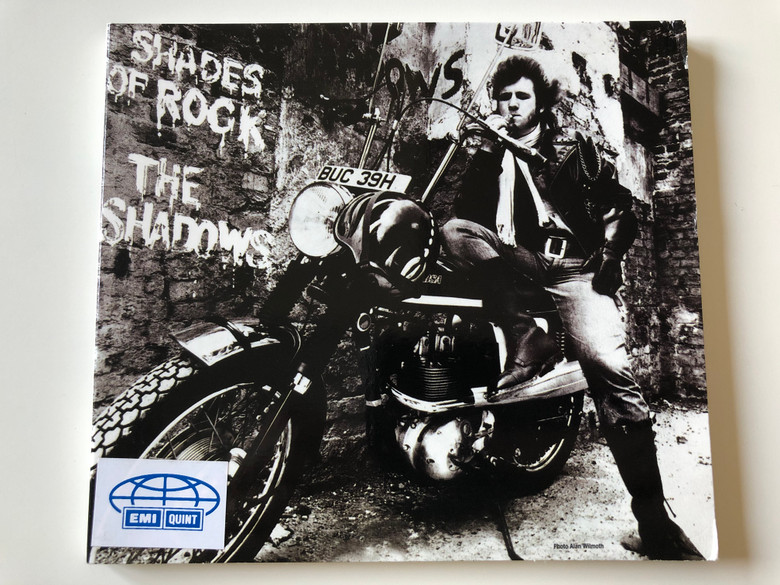 Shades of Rock is the eighth rock album by British instrumental (and sometimes vocal) group The Shadows, released in 1970 through Columbia (EMI).

A temporary and partial reunion convened a year or so after the Shadows late 1960s break-up, Shades Of Rock pairs band regulars Hank Marvin and Brian Bennett with keyboard player Alan Hawkshaw and a revolving door full of session bassists - Herbie Flowers, John Rostill and Brian Hodges among them.

The choice of material is interesting. The late 1960s saw any number of British rock bands rediscovering the hits of the original rock'n'roll era - John Lennon's Plastic Ono Band debuted live with a set full of Chuck Berry and the like, the Who were gleefully pillaging the Eddie Cochran songbook, the Rolling Stones had returned to blues'n'Berry basics. Now the Shadows were throwing their weight into the revival, eschewing their own writing abilities in favor of the resuscitated "Lucille," "Bony Moronie" and "Memphis Tennessee" (among others), then restructuring a host of more recent classics to similar basics.

The Beatles' "Paperback Writer" is reborn as a seething Bo Diddley beat, for one of the Shadows' most remarkable reinventions ever; versions of further Fabs favorites "Get Back" and "Something" are less immediately revolutionary, but repay close listens. There's also a mountainous version of "River Deep, Mountain High," dignified by some truly Himalayan percussion.

The Stones' "Satisfaction," CCR's "Proud Mary" and a spookily organ led "What'd I Say" add to the fun; in fact, with a track listing like this, and wrapped up in a sleeve portrait of a leather-clad motorbiker, you could almost believe Shadows Of Rock was going to emerge a brutal battering of the first order.

But of course, the overall mood remains as politely well-mannered as every later Shadows release, the kind of album which is better targeted towards middle-aged hipsters than cutting edge kiddies. And even at its grittiest, the rock does indeed remain in the shades 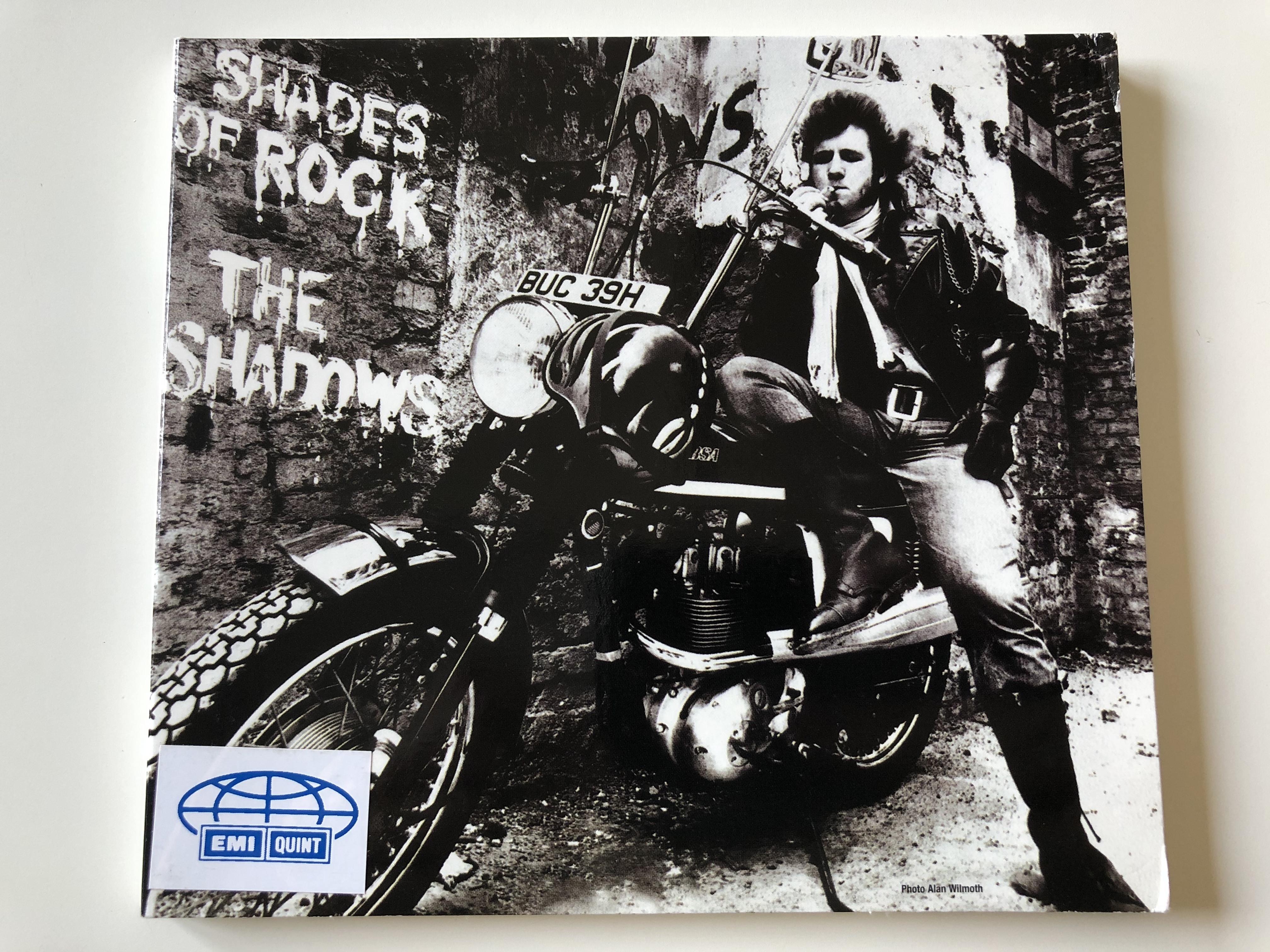 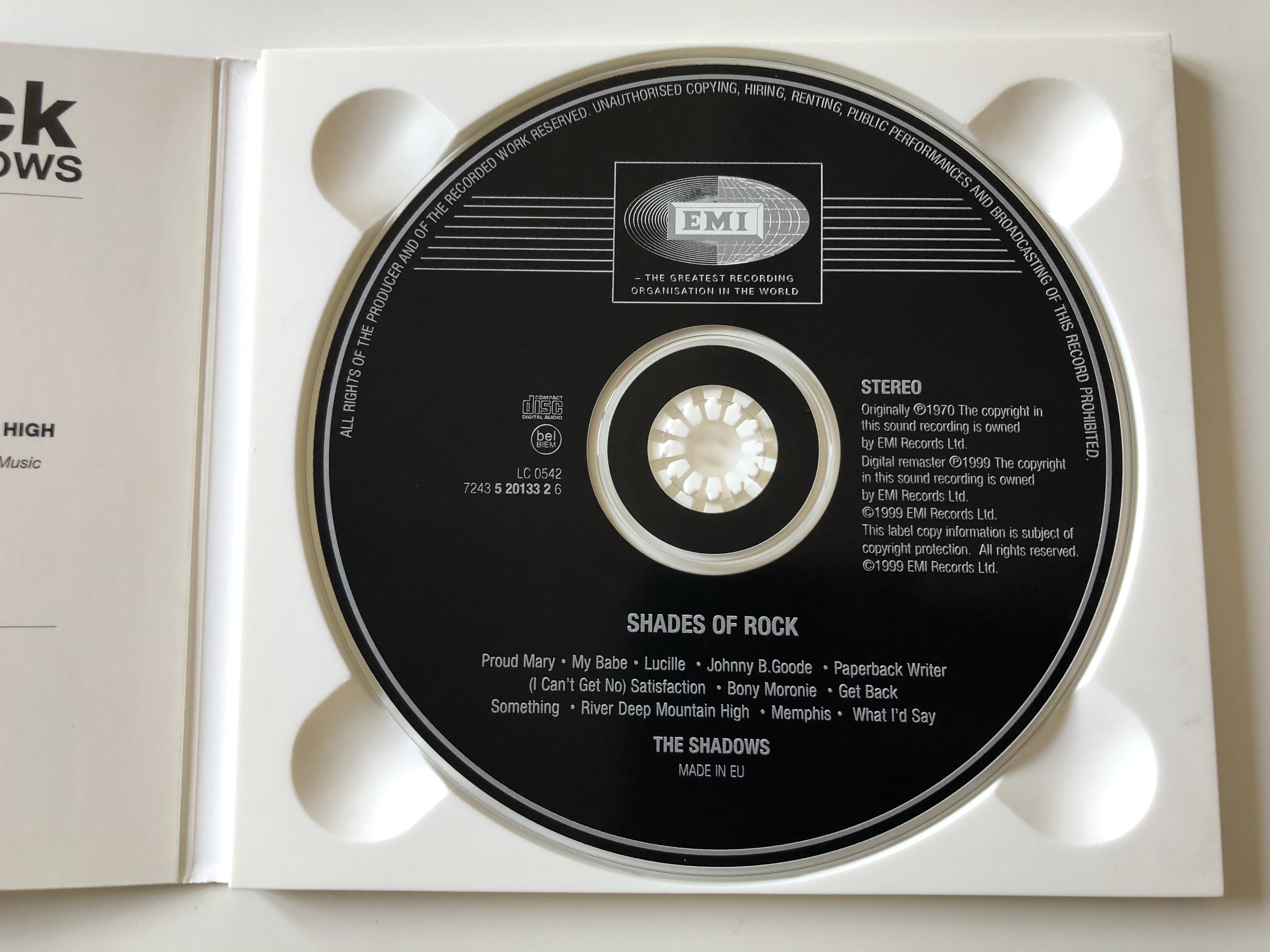 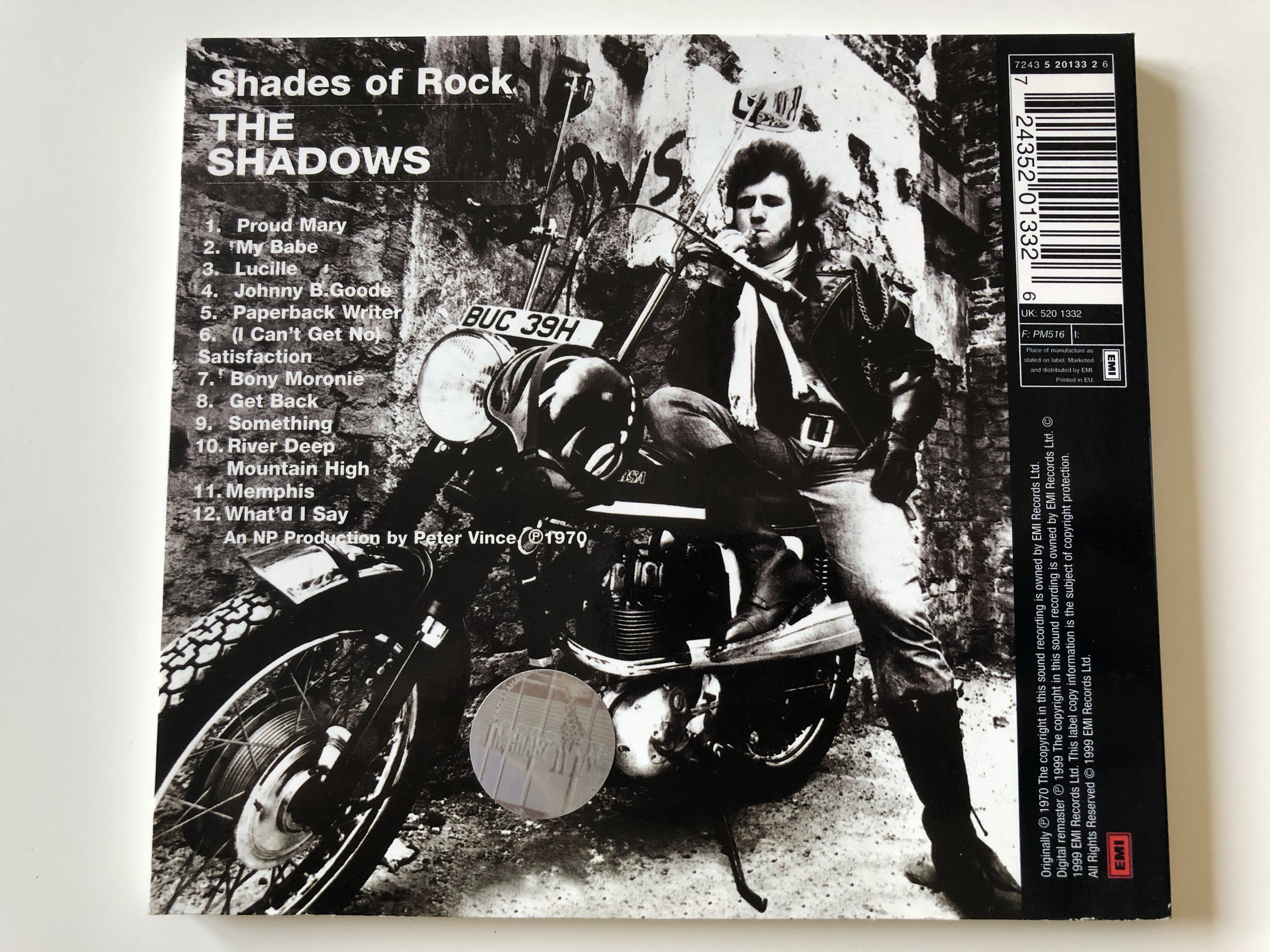 From the LP Shades of Rock, recorded in October 1970. Bruce Welch had left the group back in 1968 and was "Replaced" by Organist Alan Hawkshaw [ Now a famous composer eg Countdown, Grange Hill, Dave Allen at large and still remains friends with The Shads. Hank Marvin [Guitar] Brian Bennett [Drume].The bass player is unknown on Shads of Rock, Dave Richmond, Brian Hodges, Herbie Flowers [ex Blue Mink and Sky], John Rostill and Alan Jones are said to be on the sessions but who played on what track is said to be unknown.