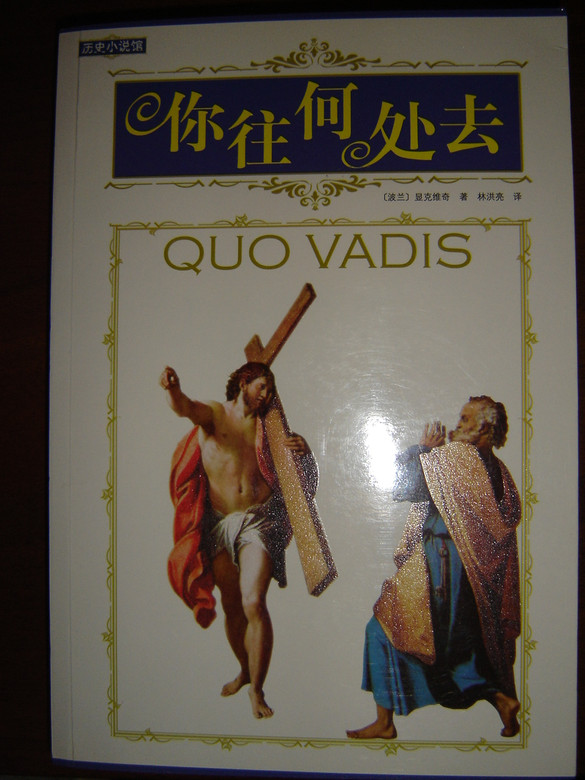 Henryk Sienkiewicz (1846-1916) won the 1905 Nobel Prize in Literature. A brilliant Polish writer and patriot, he is possibly best known abroad for his monumental historical epic Quo Vadis that portrays the vibrant and dissonant combination of cruel excesses and decadence of Rome during the reign of the corrupt Emperor Nero and the high faith of the emerging era of early Christianity. Quo Vadis: A Narrative of the Time of Nero, is a love story of Marcus Vinicius, a passionate young Roman tribune, and Lygia Callina, a beautiful and gentle Christian maiden of royal Lygian descent and a hostage of Rome, raised in a patrician home. At first Marcus, a typical aristocratic Roman libertine of his time, has no notion of love and merely desires Lygia with erotic animalistic intensity. Through political machinations of the elegant Petronius he contrives to have her taken by force from her foster home and into the decadent and terrible splendor of the court of Ceasar, setting in motion a course of events that culminate in his own spiritual redemption. Intricately researched, populated with vibrant historical figures, and gorgeous period detail, bloody spectacle and intimate beauty, this is an epic tapestry of the triumph of love, faith and sacrifice.