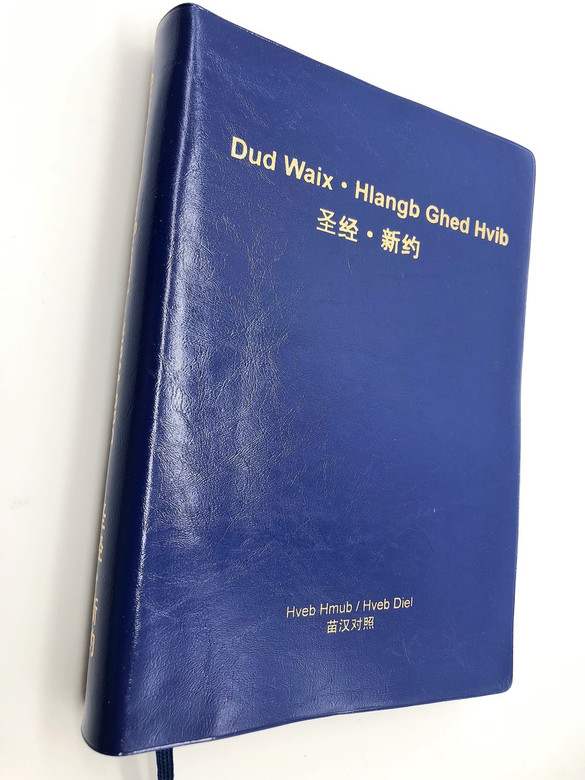 Central Dialect of Miao is spoken by 1.4 Million native speakers in the Qiandongnan Prefecture of Guizhou Province

Background: Internationally, the appellation better known for the Miao group is Hmong. The relative acquaintance in Western countries with this Southeast Asian people group is due to the Indo-Chinese wars in the aftermath of which more than 100,000 Hmong fled to the United States, France and Australia. The homeland of this group is Southwest China from where migration started in the 18th century to neighboring countries such as Thailand, Laos, Vietnam and Burma. The Miao Nationality is one of the 56 officially recognized nationalities in the Peoples Republic of China. In the 2000 census, more than 8 million Miao scattered over Southwest China were reckoned. In the Chinese linguistic tradition, three ‘dialects’ of ‘the Miao language’ are distinguished: Western, Central and Eastern. Dialects would correspond to the concept of language in the Western tradition if the vague notion of intelligibility was taken as criterion. Taking intelligibility as the base we would estimate that there are perhaps 100 Miao languages in Southwest Asia.

Concerning this title: This New Testament edition is a parallel edition of the New Testament in the Qanao variety (Central dialect) of Miao and in Mandarin Chinese. The Qanao variety (covering ISO 639-3 Codes [hea],[hmq],[hms]) is spoken by ca. 1.4 Million native speakers in the Qiandongnan Prefecture of Guizhou Province. The Qanao text, based on the Greek New Testament, was realized by a team of translators over a period of 11 years. The translation considered the early edition of the New Testament accomplished by the China Inland Mission in 1934, but bears little resemblance with it. The Chinese text is a revision of the 85-year old Chinese Union Version (Hèhébĕn Version). AT THE END YOU WILL FIND an extensive appendix of almost 300 pages comprises a Qanao-Chinese wordlist of items actually occurring in the New Testament, a Qanao word index, a Chinese word index and six Middle East maps. 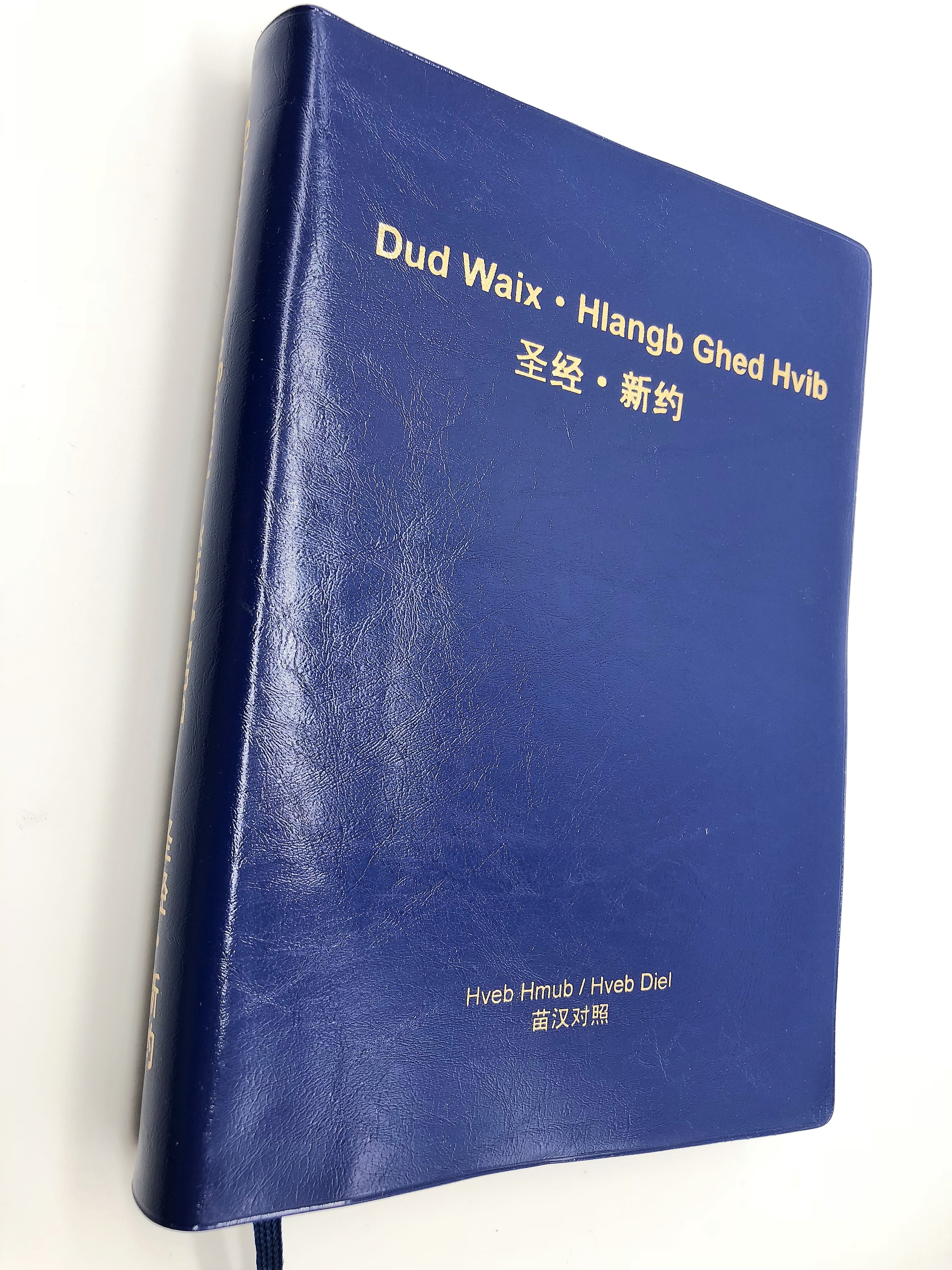 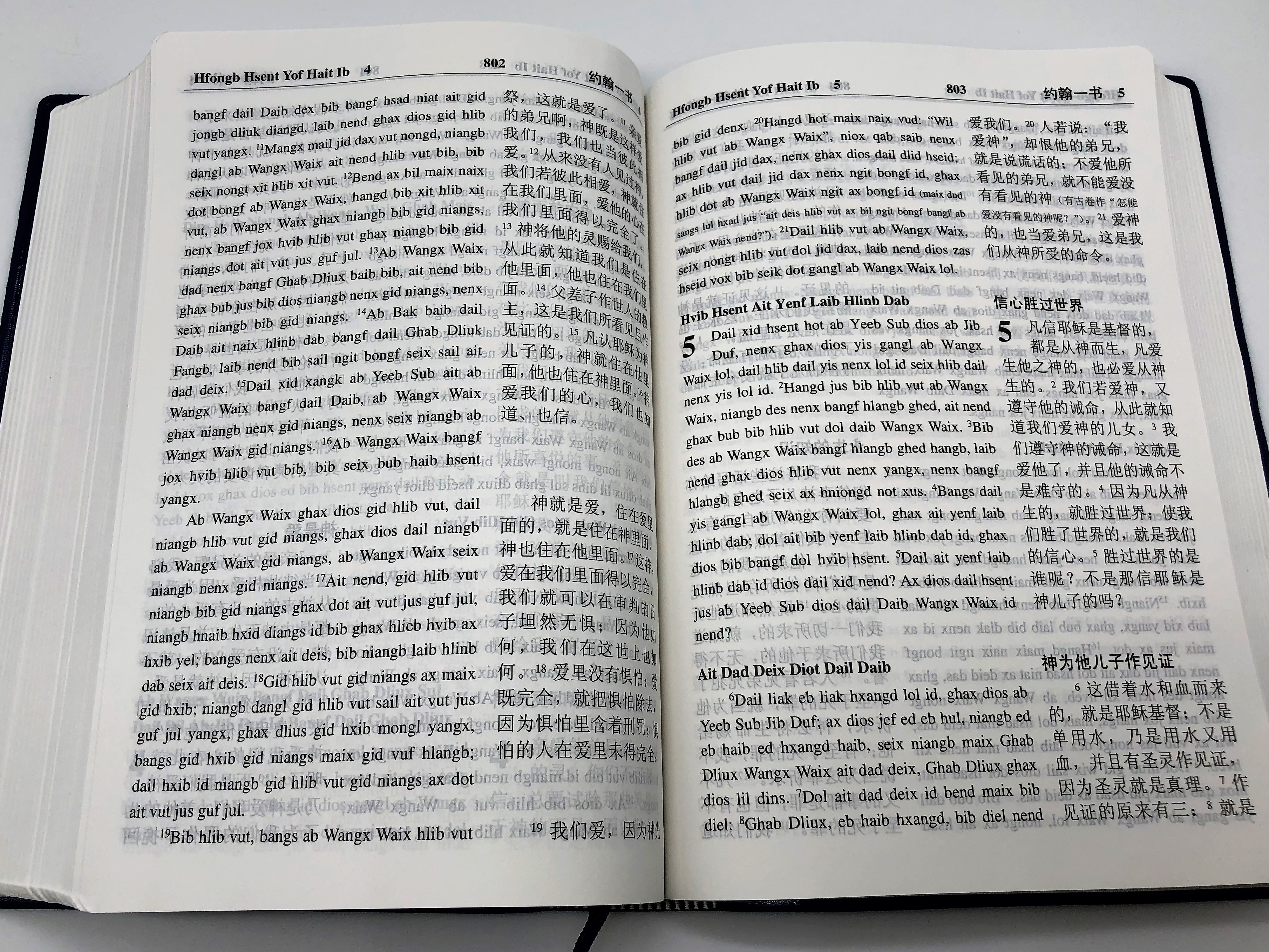