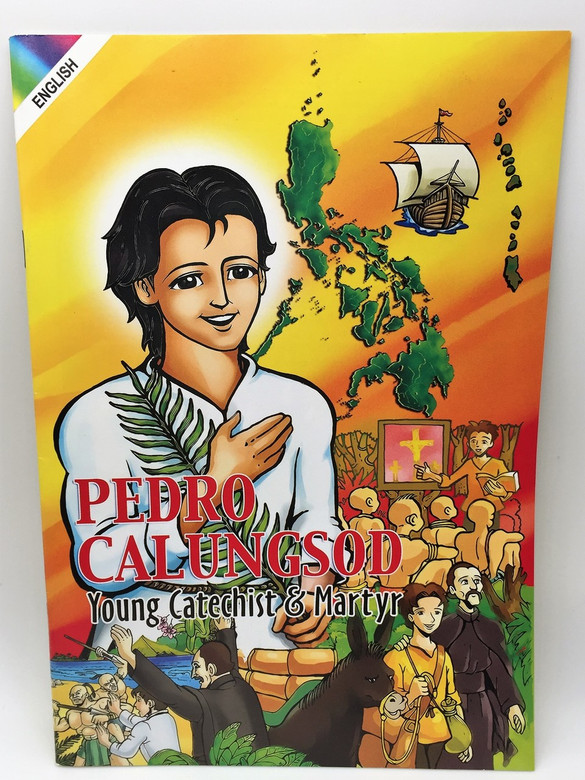 While in Guam, Calungsod preached Christianity to the Chamorro people through catechism, while baptizing infants, children and adults at the risk and expense of being persecuted and eventually murdered. Through Calungsod and San Vitores' missionary efforts, many native Chamorros converted to Roman Catholicism.

Although born in the Philippines, St. Pedro Calungsod is loosely considered an American saint because he was martyred in the United States territory of Guam. Unfortunately, there is not much known about him, especially his early life.

History tells us he was one of the young volunteers who joined the Spanish Jesuit missionaries who left the Philippines for the Ladrones Islands in the western Pacific in 1668. Pedro served there, alongside his peers, as a catechist and teacher of the Faith.

As is the case in most mission lands, life was difficult. Delivery of supplies was irregular. The natural terrain and weather made the situation harsher. One can imagine life among their dense jungles, steep cliffs and storms. Faithful to the Lord’s command to spread the Gospel to the ends of the earth, however, these brave missionaries persevered.

Not long into their missionary experience, a Chinese immigrant named Choco decided to make life difficult for Pedro and his companions. He was envious of their prestige among the natives and began spreading rumors that the natives could be poisoned by the holy water used for baptism. Such claims were compounded by the fact that many infants were baptized in danger of death and subsequently died. An angry mob rose up against the holy missionaries, and their persecution ensued.

The worst of it occurred on April 2, 1672, when Pedro and a priest companion arrived at Guam that morning. Once there, they heard of a baby girl recently born. They offered baptism for her, but Matapang, the girl’s father, who had left the Faith due to the false accusations leveled by Choco, stoutly refused.

Meanwhile, Pedro and the priest — Father Diego Luis de San Vitores — gathered some of the remaining Christians in the local village and led them in songs and recitation of divine truths. Matapang shouted out his disgust with Christian teachings and was resolved to have the missionaries killed.

As Matapang went to enlist another man, who was not Christian, to be the murderer, Pedro and Padre Diego went into his hut and baptized his newborn daughter with the consent of his Christian wife. Learning of this, his fury increased, and he reacted by casting spears at Pedro. With the agility of his youth, Pedro dodged them, but didn’t want to leave Padre Diego behind. Many believed if Pedro only had weapons, he could have defeated Matapang, but Padre Diego never allowed the missionaries to carry them.

Eventually, a spear pierced Pedro’s chest, and he collapsed to the ground. Before his own death, Padre Diego provided him with absolution. The naked bodies of the martyrs were dragged to the sea and, after stones were tied to their feet, were disposed of in the water.

Once the news got back to Pedro’s companion missionaries, they said, “Fortunate youth! How well-rewarded his four years of persevering service to God in the difficult mission are: He has become the precursor of our superior, Padre Diego, in Heaven!” They recalled Pedro as being kind, a devout catechist and someone who was unafraid to share his faith, even if it meant death.

At his beatification, Pope St. John Paul II told the crowds gathered for the celebration, “From his childhood, Pedro Calungsod declared himself unwaveringly for Christ and responded generously to his call. Young people today can draw encouragement and strength from the example of Pedro, whose love of Jesus inspired him to devote his teenage years to teaching the Faith as a lay catechist.” 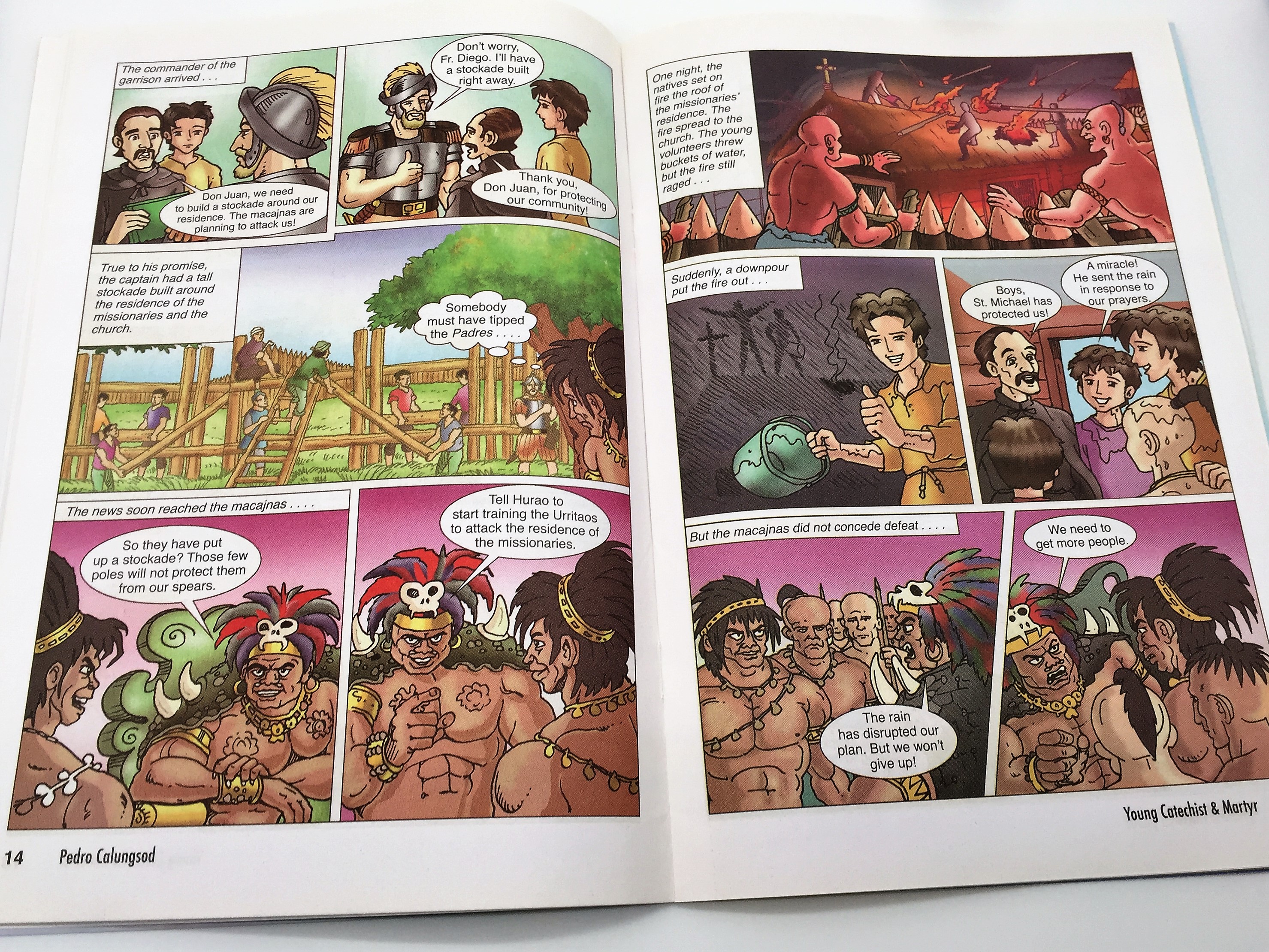