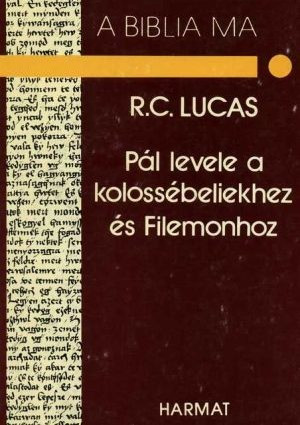 Richard Charles "Dick" Lucas (born 10 September 1925) is an Anglican evangelical cleric, best known for his long ministry at St Helen's Bishopsgate in London, England, and for his work as founder of the Proclamation Trust and the Cornhill Training Course.

Lucas was born on 10 September 1925 in Lewes, Sussex. He attended Radley College. He was converted to evangelical Christianity in 1941 under the camp ministry of E. J. H. Nash.Lucas began university studies at Oxford, but left to serve in the Royal Navy during World War II. After the war, he continued his undergraduate studies at Trinity College, Cambridge (BA 1949, MA 1957). He completed ordination t raining at Ridley Hall, and was ordained in the Church of England (Deacon, 1951, Priest, 1952), serving a first curacy at St Nicholas' Church, Sevenoaks (1951-1955) and on the staff of the Church Pastoral Aid Society (1955-1961).

Lucas was Rector of St. Helen's Bishopsgate from 1961 to 1998. Under his leadership, St. Helen's grew from a small congregation of a few individuals to a large thriving church with a ministry to city workers, families, students and young professionals. He developed a reputation for strong Bible teaching and preaching. He emerged as a widely respected evangelical speaker, particularly at the Keswick Convention. He was outspoken among his generation of evangelical ministers in encouraging systematic expositional preaching. With this in mind, Lucas was among those who established a popular and widely duplicated programme of training workshops for preachers.

In May 1986 Lucas founded the Proclamation Trust, the aim of which is to encourage ministry that seeks to "expound the Bible as God's Word for today".[citation needed] Lucas remains active as a Trustee.

In 1991, in partnership with David Jackman, Lucas helped form the Cornhill Training Course. The course originally met for training in St Peter upon Cornhill, then moved to Borough to meet in office space on Borough High Street. Lucas is no longer part of the leadership team there.

Now just into his nineties, Lucas still has an active and influential ministry, preaching and speaking at conferences in the UK and further afield. He is Rector Emeritus of St Helen's, where he returns each summer to preach.

Lucas is the author of a number of evangelical books and commentaries. With John Stott, J.I. Packer and others, Lucas was a key figure in shaping the conservative evangelical movement in the United Kingdom during the 20th century.

Fullness and freedom--two aspects of Christian life that we all want to share. Paul wrote about them at length (and depth) in his letter to the Christians at Colossae, where certain new teachers were proclaiming that "mere Christianity" is not enough. There is, they suggested, a fuller experience, a greater liberation, than they had so far enjoyed. But Paul was adamant: all God's fullness is in Christ alone, and only through his complete work are we set free. These are the great objective truths of the faith that Dick Lucas highlights in his exposition, enabling us to see both the riches that are ours in Christ and the irrelevance--even blasphemy--of all would-be improvements on what God has done. 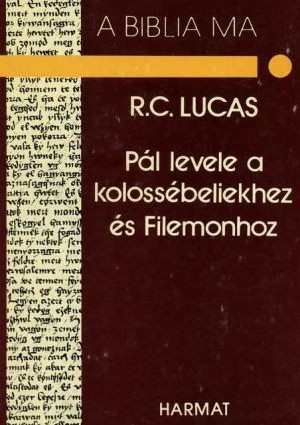