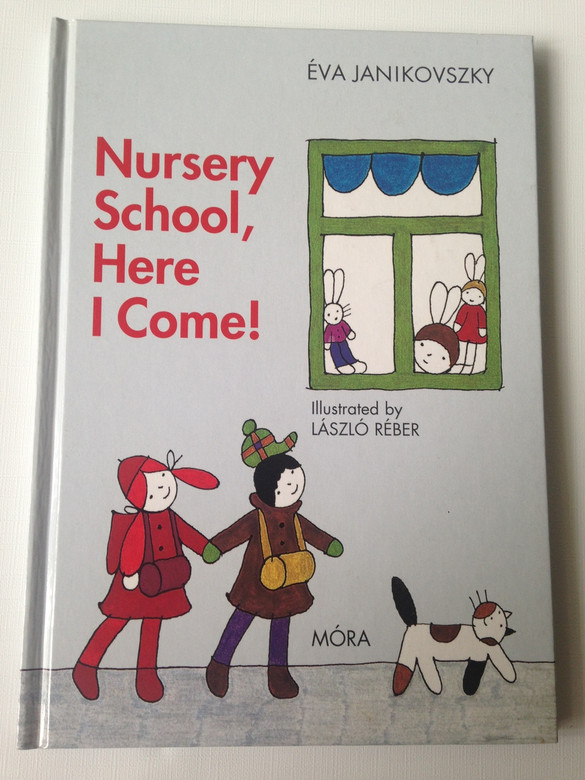 "When Danny first went to nursery school he was really happy that he was going to nursery school, he just wasn¹t too happy about having to stay there." Because that′s how it goes: people are happy, and then they aren′t. And it′s just the same if the person happens to be small. After all, it′s a great thing rank and respect! to reach nursery-school age. On the other hand: there′s no mummy, only a nursery-school teacher in a place you don′t know amongst children you don′t know. And you can′t run back home. Well, that′s how it starts. But luckily "nursery-school consciousness" prevails in the little group, and with that begins nursery school life, with its little everyday happenings, joys and tensions. The jollity and wisdom in Eva Janikovszky′s book, which displays such a depth of knowledge of children and which has appeared in so many languages, is complemented by the sunny, colourful illustrations of Laszlo Reber.