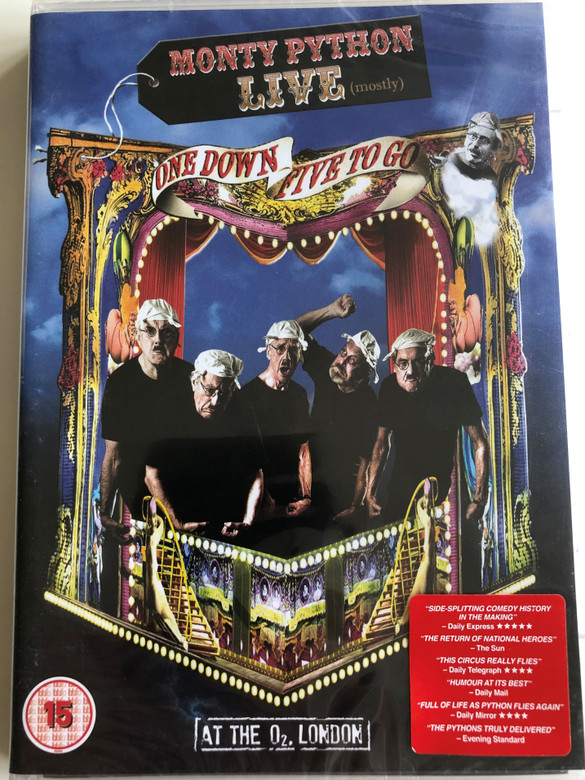 In 2013, the Pythons lost a legal case to Mark Forstater, the producer of their second film, Holy Grail, over royalties for its musical adaptation Spamalot. They owed a combined £800,000 ($994,600) in legal fees and back royalties to Forstater. To pay these, a reunion show was proposed. It soon became apparent to the group that owing to his theatrical experience with the creation of Spamalot (and because his schedule was free), Eric Idle was best suited to supervise the production. He envisaged an extensive assembly of the best-known Python sketches; to facilitate costume changes, they would be linked by short video clips and elaborate routines of the troupe's songs. The latter would be performed by a full chorus line, choreographed by Arlene Phillips. The music was to be arranged and conducted by Idle's long-time collaborator, John Du Prez.

All five surviving Pythons performed on stage together for the first time in 34 years, with archive footage of Graham Chapman interspersed throughout the show. The three-hour show had a 30-minute intermission. The show was billed as "The show that leaves you wanting less". Some of the sketches were updated to include contemporary references. Carol Cleveland, who appeared in many of the original TV episodes, assisted by playing additional characters, as did newcomer Samuel Holmes, who was given several lead roles, some of which were originally played by Chapman. Eddie Izzard made a small guest appearance as a 'Bruce' on the final night, as well as having appeared the previous evening as the 'Blackmail' special guest. There were also surprise cameos by (amongst others) Stephen Fry, Mike Myers, and Professors Brian Cox and Stephen Hawking. Cox and Hawking were shown in a pre-recorded video towards the end of the Galaxy Song. While Cox was criticising the scientific flaws of the song lyrics, he was run down by Hawking in his wheelchair, who continued to sing the song. Robin Williams was scheduled to be the 'Blackmail' special guest for the final night but declined, as according to Idle he was "suffering from severe depression" at the time, which ultimately contributed to his suicide in August 2014. When the show was released on video, it was dedicated to Williams.

Special guests (in the 'Blackmail' sketch) 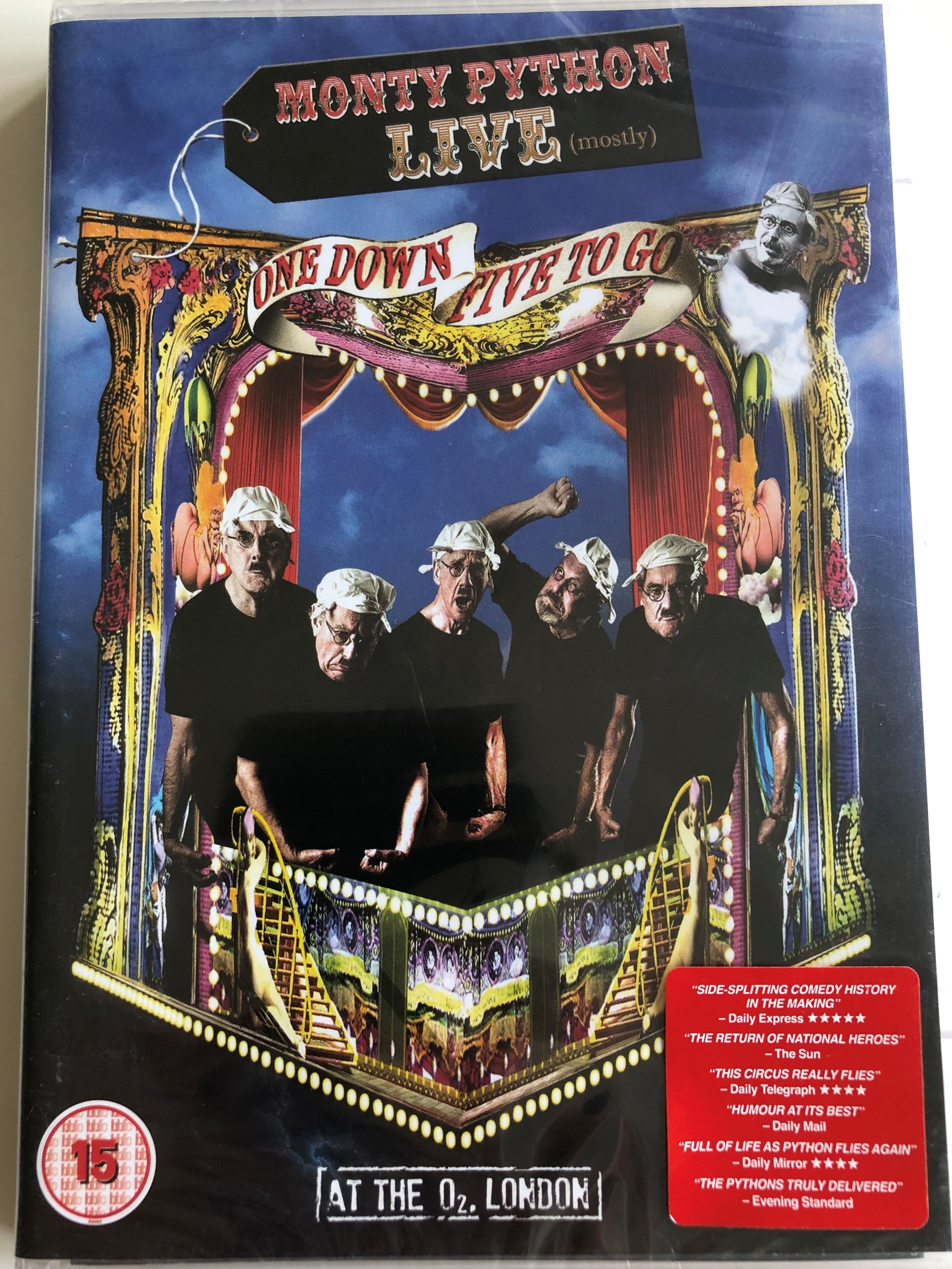 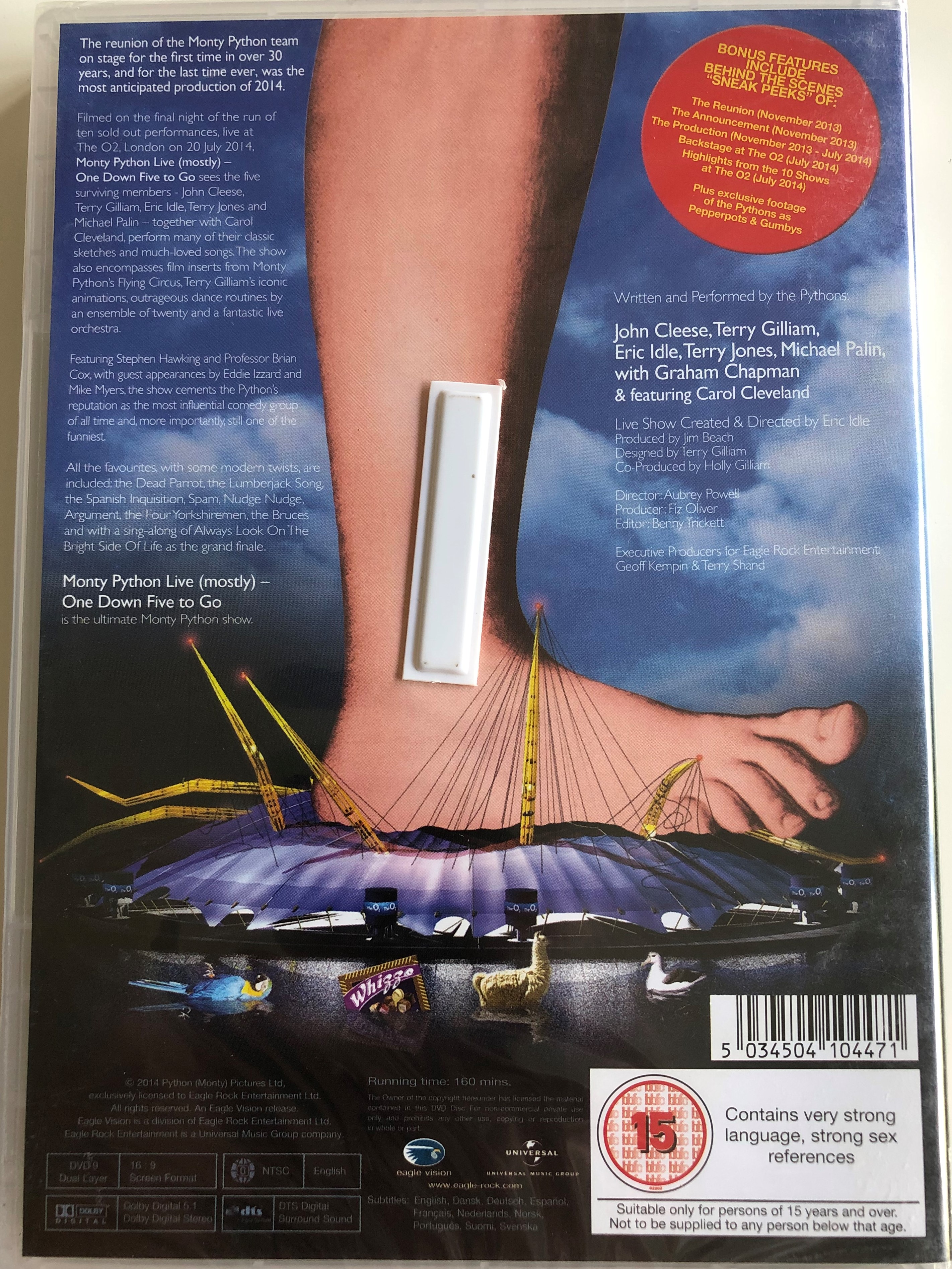