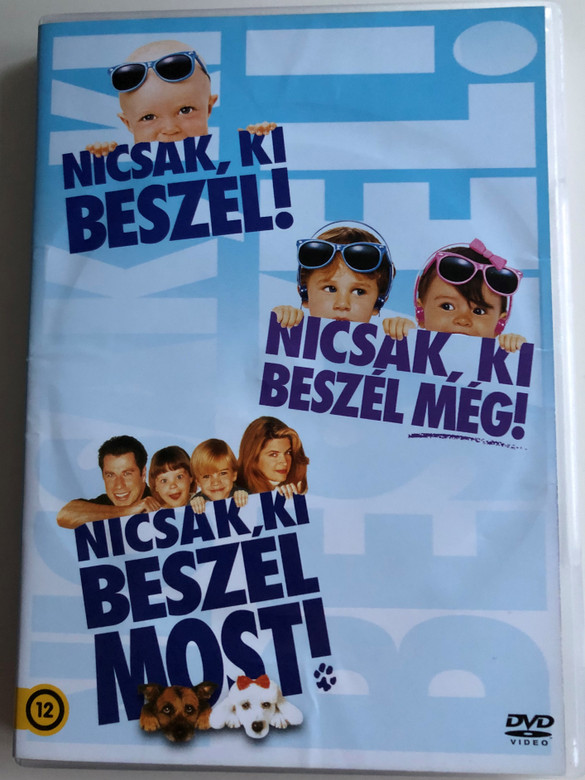 Mollie is an accountant living in New York City who has an affair with Albert, a womanizing executive who is married with two children, and becomes pregnant. During her pregnancy, Mollie and Albert keep their indiscretion secret, under the idea she was artificially inseminated, and that Albert plans to leave his wife Beth and their two children to be with her. Mollie and her friend Rona happen to catch Albert fooling around with his interior decorator Melissa, and he admits he is planning on living with her after his divorce is finalized.

Mollie leaves upset, and immediately goes into labour. She gets into a cab where the driver, James Ubriacco, recklessly speeds through downtown traffic in order to get her to the hospital on time, and he is inadvertently a witness to her son Mikey's birth. Mikey then begins to make commentary on his life and interacts with things through an inner voice which can also communicate with other babies.

Look Who's Talking Too

The movie picks up with the now married Mollie (Kristie Alley) and James (John Travolta) preparing for the birth of a new baby girl (voice of Roseanne Barr), while teaching Mikey (voice of Bruce Willis) how to use the potty. Meanwhile, James is working diligently to bring in more income for the family. Mikey looks forward to meeting his sibling as well as being a responsible big brother. When the baby is about to be born, her umbilical cord gets caught around her neck, putting her in distress. Given the name "Julie", she is born through a c-section and is taken to the nursery area for observation.

When Julie meets Mikey, she is unimpressed. Mikey, on the other hand, quickly begins to resent his sister when his dreams of being a responsible big brother don't match the reality. Meanwhile, Mollie's slacker right-wing younger brother, Stuart (Elias Koteas), comes to stay, to whom James takes an immediate dislike. This, combined with James being pressured into taking a demanding piloting job arranged by Mollie's parents and his belief that Mollie is too protective of Mikey, causes several arguments between the pair which eventually lead to James leaving. Mikey is upset about this and, believing he has left because of Julie, tears up one of his sister's stuffed animals. James occasionally hangs out with his kids (including scamming their way into a movie theater) and has fun with them. Following a burglary, Mollie's best friend Rona (Twink Caplan) moves in with her and she soon starts dating Stuart.

A young cross breed puppy is up for sale and we can hear him talking. He sees Mikey passing by him and begs him to take him home. Mikey, however, has to hurry past in tow of his mother, and two harsh looking individuals buy the puppy. He manages to escape them and starts his life as a stray.

James is a private air pilot working for Samantha - who we see has a crush on him and is always trying to extend the trips to spend more time with him; something James is very oblivious about. Mollie is looking for a job after getting laid off due to the recession. Mikey tells Santa Claus that he wants a dog for Christmas, James feels the time has come to give him one and tells Samantha about this.

One day, though, the dog gets caught by the animal rescue force and taken to a kennel, where several others are kept - presumably also found on the streets. He is about to be put down on the same day that James brings Mikey there to select one. Overjoyed, he bumps into the dog he saw as a puppy, and takes an instant liking to him and decides to take him home. He names the dog Rocks.

Cast / Szereplők (Look Who's Talking Too) 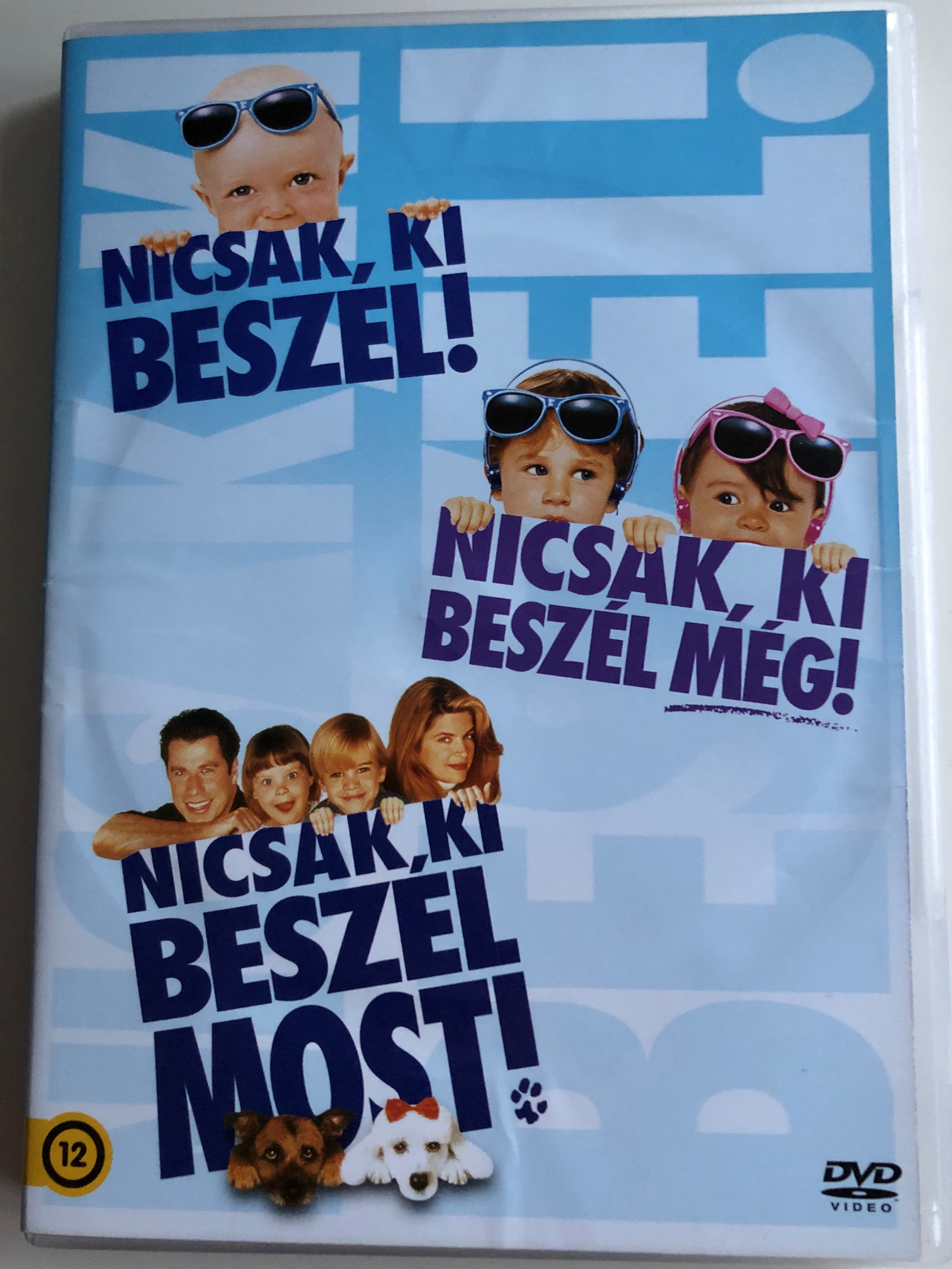 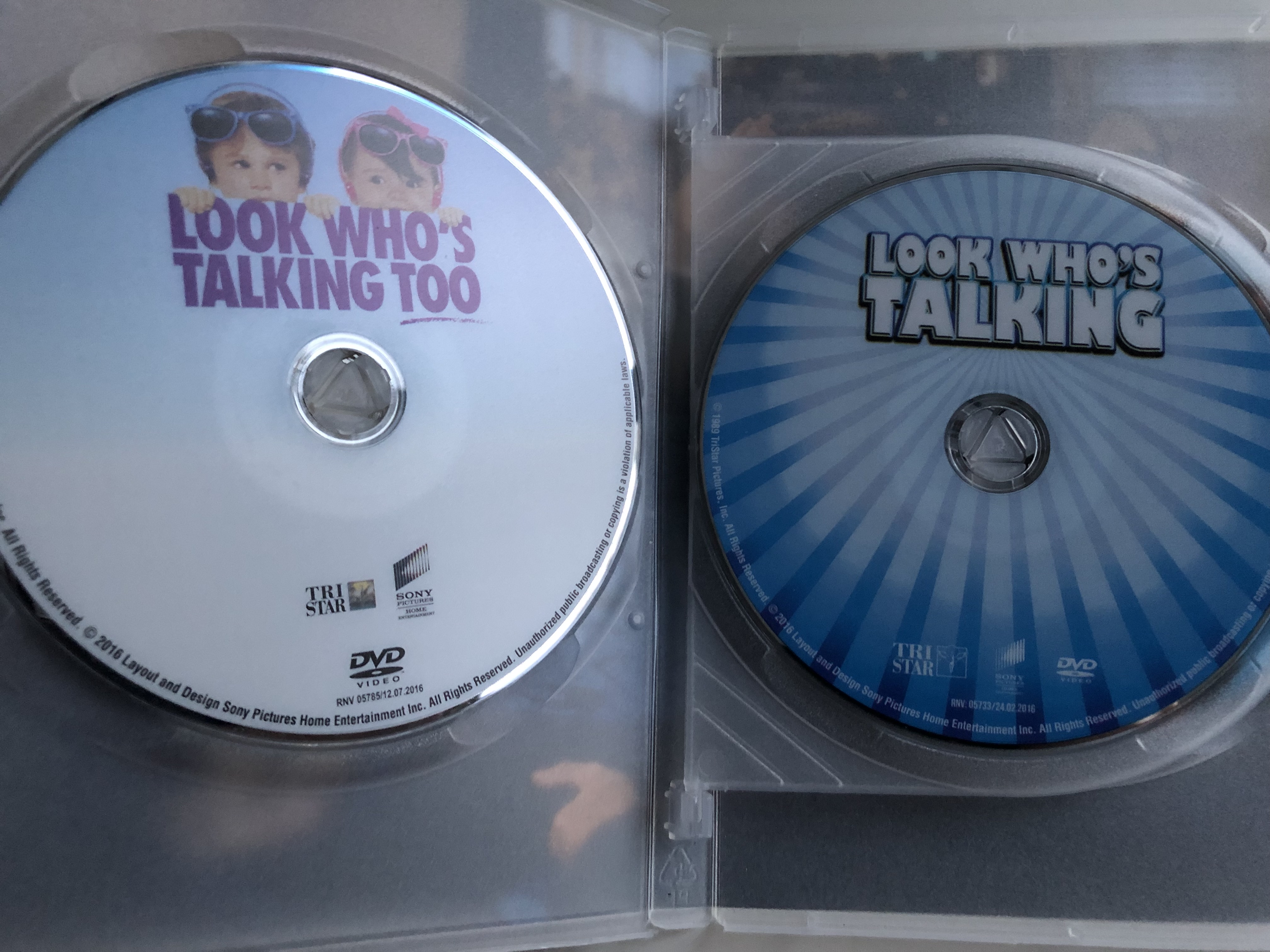 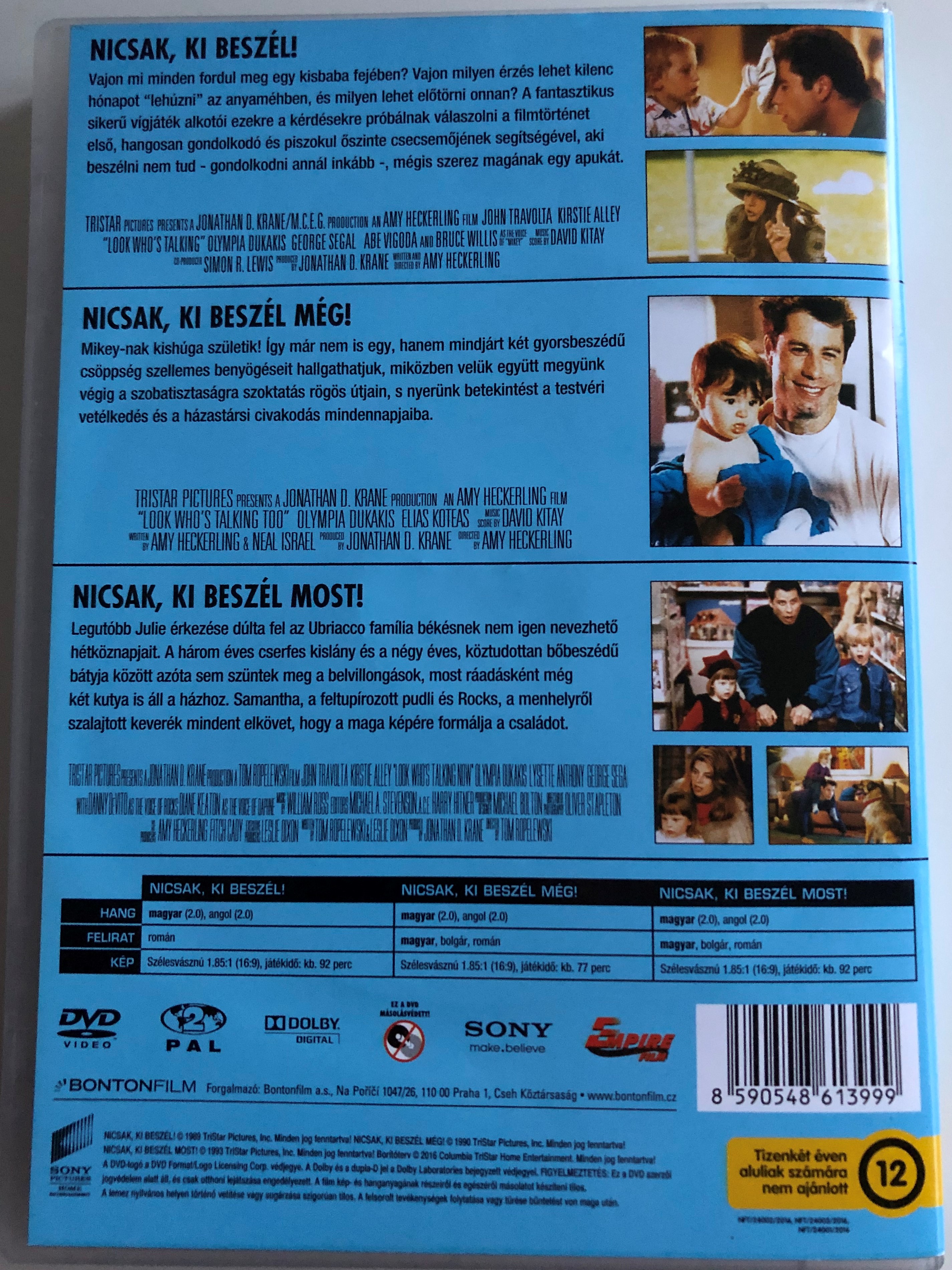