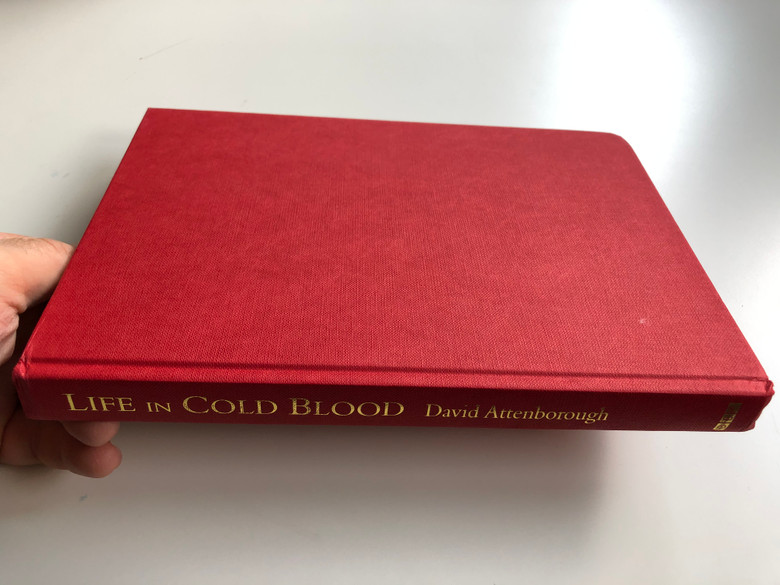 Life in Cold Blood offers a rare glimpse into the peculiar world of amphibians and reptiles, the first vertebrate creatures to venture forth from the primeval waters millions of years ago, yet which today include species that are the most at risk of extinction. Join acclaimed naturalist Sir David Attenborough as he travels to the far corners of the Earth to tell the epic story of these animals in this companion to the television series. Discover the secrets of their astounding success--and the profound implications of their uncertain future.

Amphibians and reptiles once ruled the planet, and their descendants exhibit some of the most colorful variety and astounding behavior known to the animal kingdom. What are the origins of these creatures? How have they transformed themselves into the beautiful and bizarre forms found today? In this gorgeously illustrated book, Attenborough gets up close and personal with the living descendants of the first vertebrates ever to colonize the land, and through them traces the fascinating history of their pioneering ancestors. He explains the ways amphibians and reptiles have changed little from their prehistoric forebears while also demonstrating how they have adapted and evolved into diverse new forms, some of them beyond our wildest imaginings. And Attenborough raises awareness of the threats global warming and other man-made environmental changes pose to many of these creatures. Life in Cold Blood inspires a genuine sense of wonder about amphibians and reptiles and the marvels of the natural world around us.

He is the younger brother of director and actor Richard Attenborough.

Life in Cold Blood is a BBC nature documentary series written and presented by David Attenborough, first broadcast in the United Kingdom from 4 February 2008 on BBC One.

A study of the evolution and habits of amphibians and reptiles, it is the sixth and last of Attenborough's specialised surveys following his major trilogy that began with Life on Earth, hence a ninth part for the eight series in The Life Collection.

The series comprises five 50-minute programmes, each one followed by Under the Skin, a 10-minute section that features Attenborough interviewing the scientists whose work has led to the sequences included in the main programme. It also examines the challenges faced by the crew and reveals some of the techniques used to film the series.