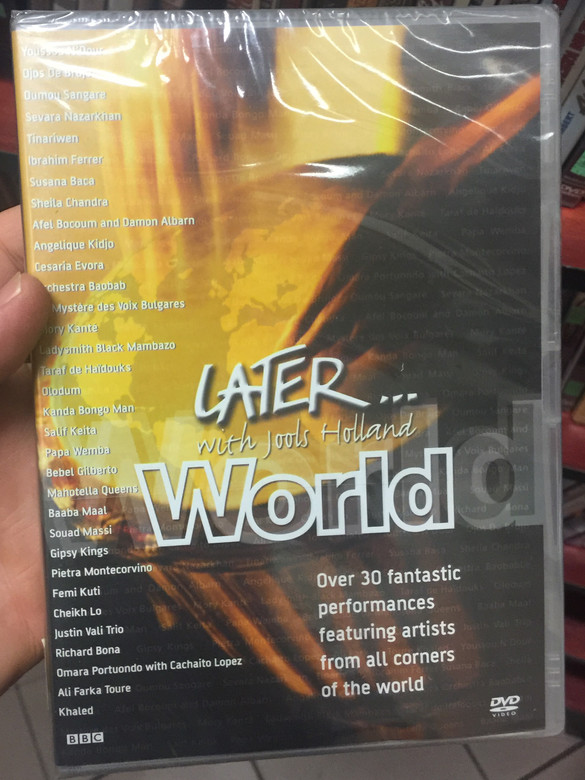 Jools Holland has introduced hundreds of established and new musical artists, from solo performers to bands and larger ensembles, since this program debuted on BBC2 in 1992. It's still going strong more than two decades later, with millions of fans around the world -- including those watching on MTV Live in the U.S. -- enjoying the hourlong episodes taped in a studio near Holland's home in Kent, England. "Later..." features multiple songs by each guest, and Holland -- a founding member of the band Squeeze -- interviews one or more of the performers and frequently jams with them.

The show is considered an institution, having notched up millions of fans around the world. It is currently broadcast in America on MTV Live (formerly known as Palladia); previously it had been shown on Ovation, BBC America, Fuse, and Dave. The Ovation and Fuse broadcasts leave out several performances (and usually one or two performers entirely) to air commercials within a one-hour timeslot. It is also shown in Australia on the UKTV channel and ABC2, in Canada on HIFI and AUX TV, in Germany on ZDFkultur, in Spain on Canal+ Xtra, in Croatia on HRT 2, in Latin America on Film&Arts and in Belgium, France, Portugal, Switzerland, and the United Arab Emirates on iConcerts HD, and in Ireland on TG4.

From the album 'Yol Bolsin'. Stereo.