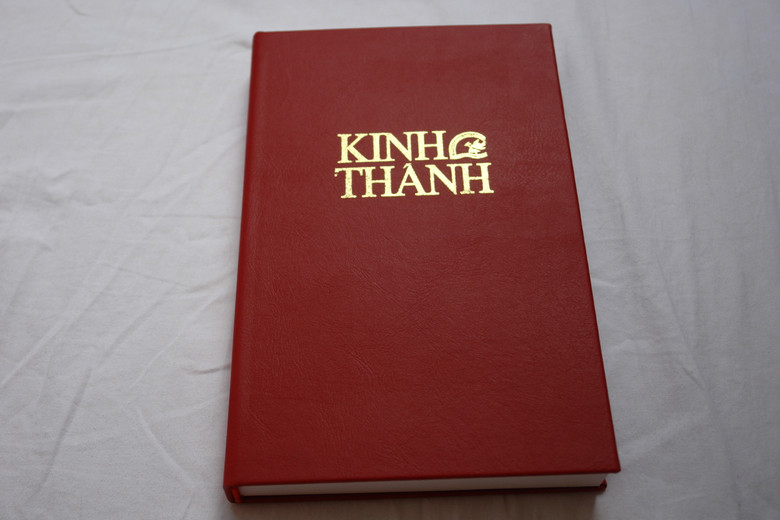 Jean Bonet (1844–1907), of the Institut national des langues et civilisations orientales, Paris, translated the Gospel of Luke from French to Vietnamese in 1890 for the Protestant Convention in Paris.

The organized work of British and Foreign Bible Society in Vietnam began in 1890. Their agent Walter J. James completed Mark, John, and Acts, but government leaders restricted distribution. The first translation from Greek, and still the standard Protestant Vietnamese version, Kinh Thánh Bản Truyền Thống, was principally done by Grace Hazenberg Cadman and John Drange Olsen (New Testament 1923, Old Testament 1926). Grace and her husband William Cadman, who managed the Bible printing in Hanoi, worked for the Christian and Missionary Alliance (CMA) and co-operated with the British and Foreign Bible Society. Grace "began a fresh translation" in 1917. The whole Bible was published in 1934 and is published by the Bible Society in Vietnam as the "Old Version" and uses an archaic, traditional vocabulary of Vietnamese.

Christianity was first introduced to Vietnam  in the 16th century and established a position in Vietnamese society since the 19th century. Roman Catholics and Protestants today constitute 7% and 1% of the country’s population respectively; however, the number might be higher, such as 10% Catholic population and 5% Protestant population in Vietnam. Christian foreign missionaries are not allowed to proselytize or perform religious activities without government approval. Undeclared missionaries from several countries are active in Vietnam. 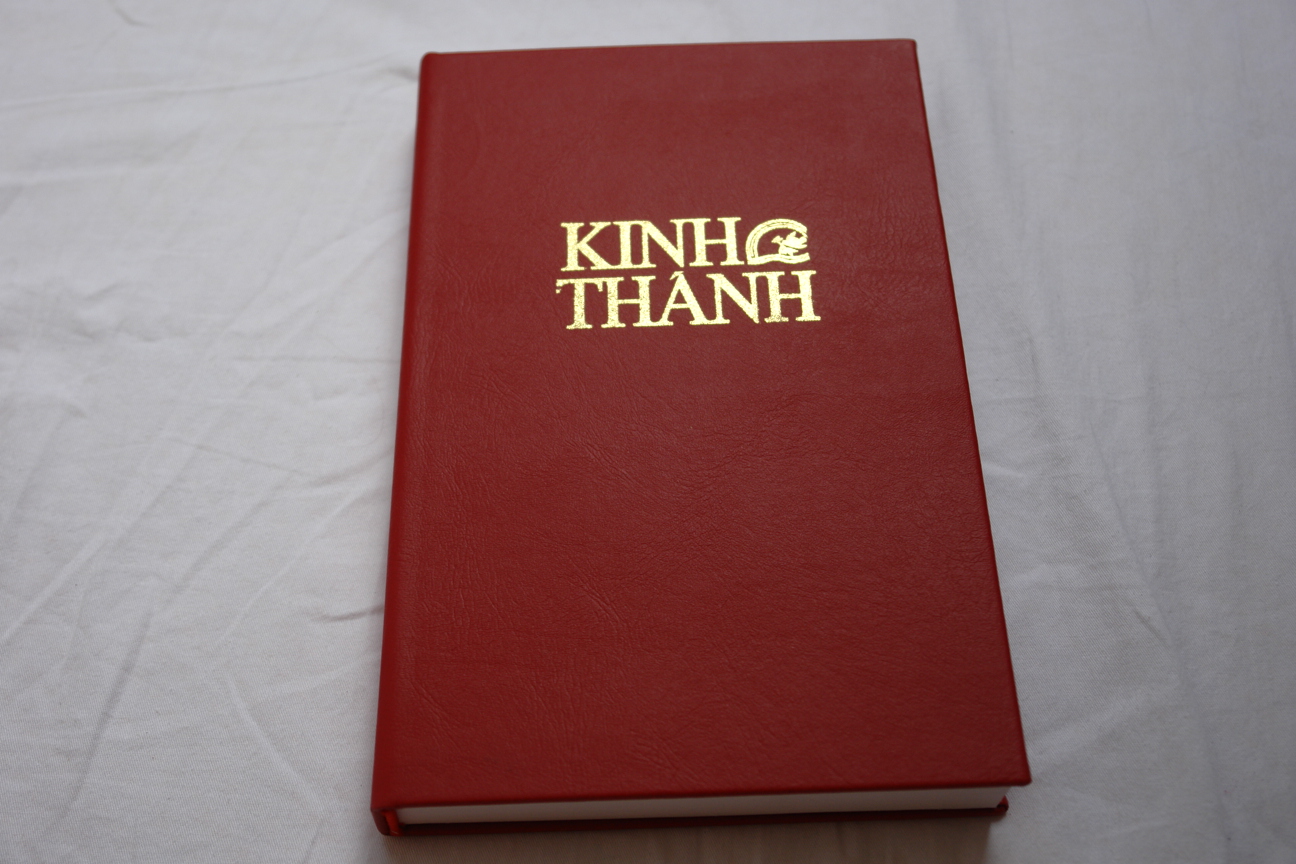 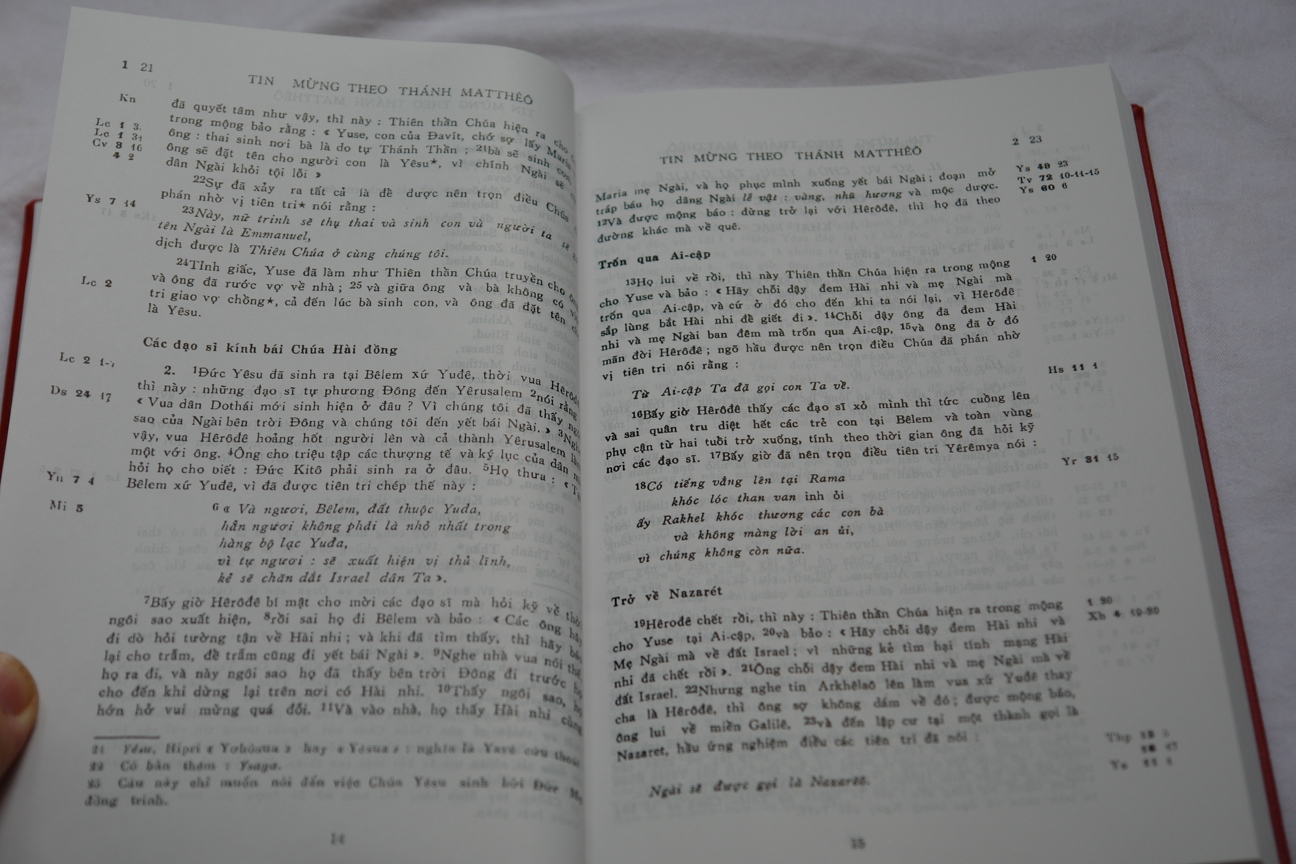 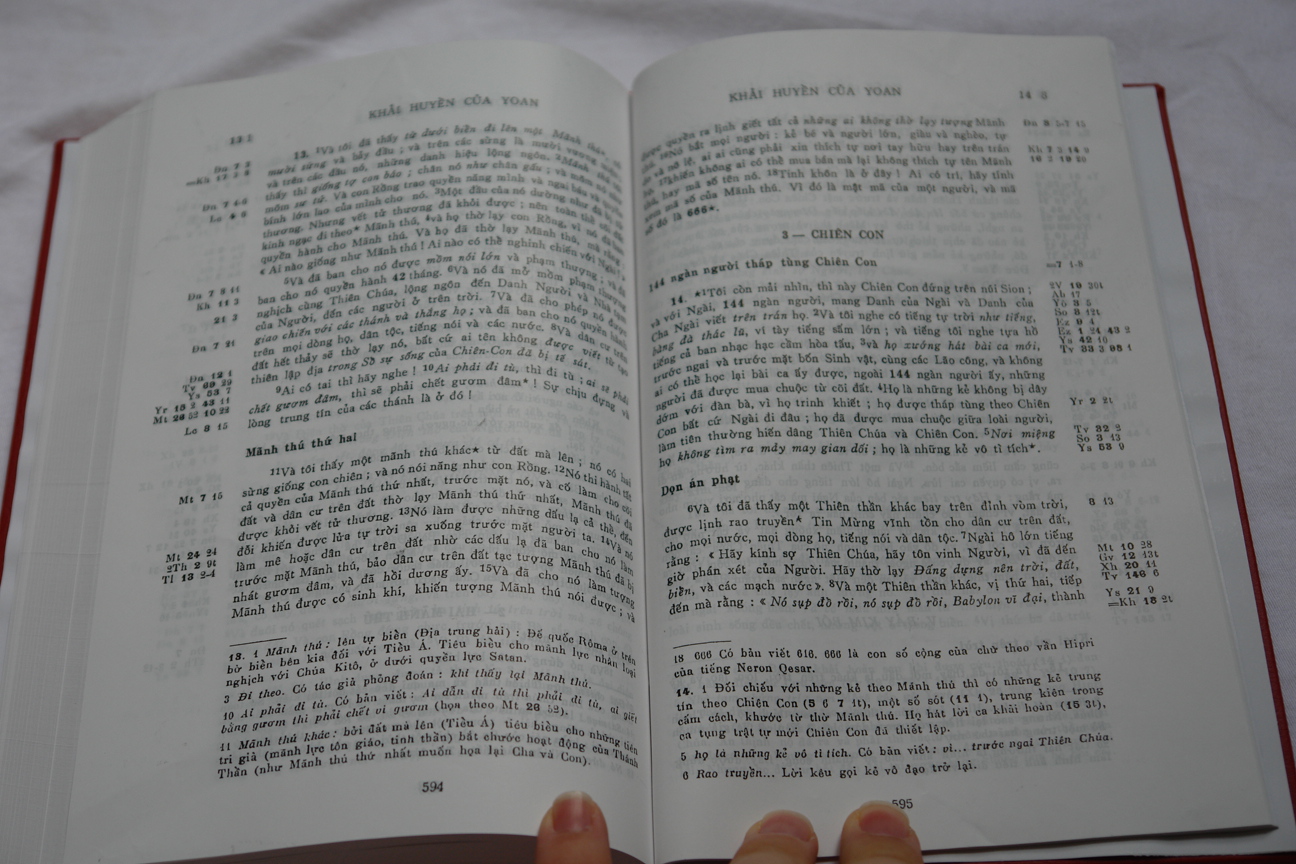 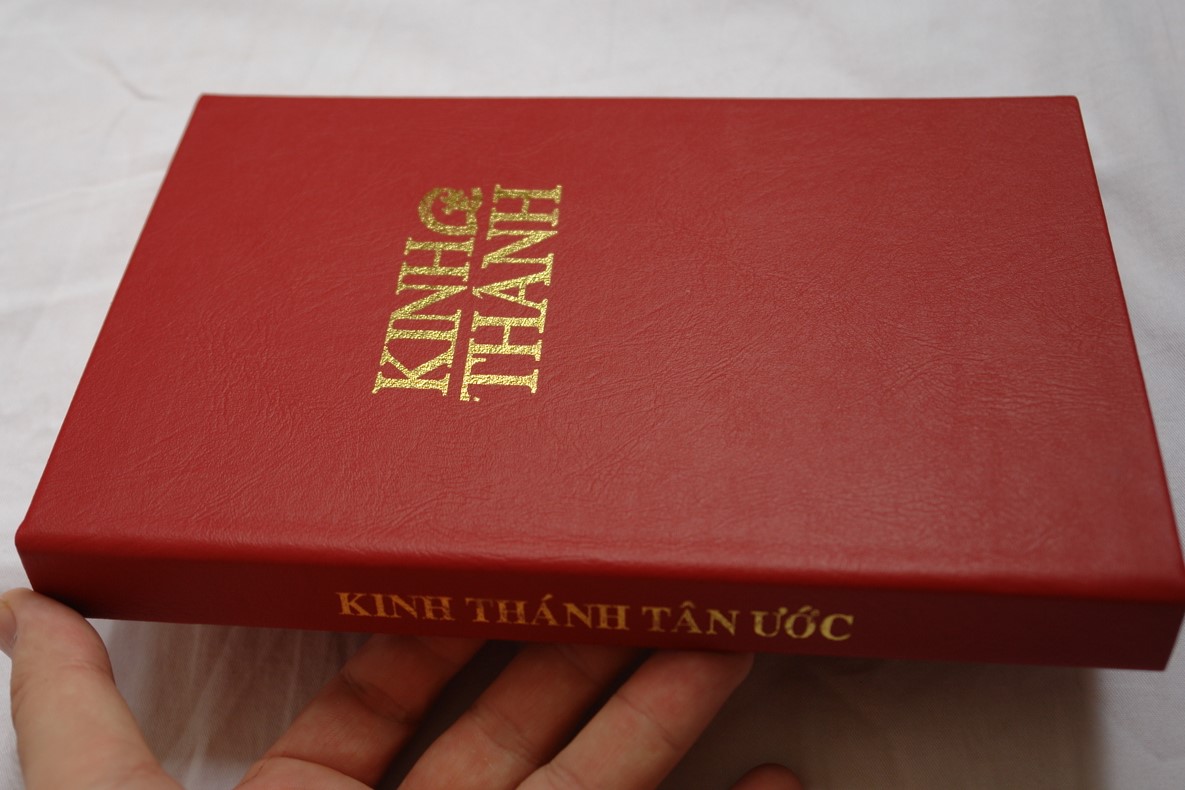