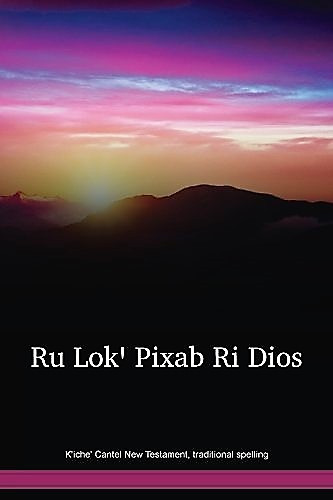 Cantel is a small municipality in the Quetzaltenango Department in Guatemala. It is located east of the city of Quetzaltenango and has an area of 22 km2. The village of Cantel is situated at 2,370 m altitude. The population is 32,221 people.

K’iche’ ([kʼiˈtʃeʔ], also Qatzijob'al "our language" to its speakers), or Quiché (/kiːˈtʃeɪ/), is a Maya language of Guatemala, spoken by the K'iche' people of the central highlands. With over a million speakers (some 7% of Guatemala's population), K'iche' is the second-most widely spoken language in the country after Spanish. Most speakers of K'iche' languages also have at least a working knowledge of Spanish.

The Central dialect is the most commonly used in the media and education. The literacy rate is low, but K'iche' is increasingly taught in schools and used on radio. The most famous work in the Classical K'iche' language is the Popol Vuh (Popol Wu'uj in modern spelling).

Kaufman (1970) divides the K'iche' complex into the following five dialects, with the representative municipalities given as well (quoted in Par Sapón 2000:17).