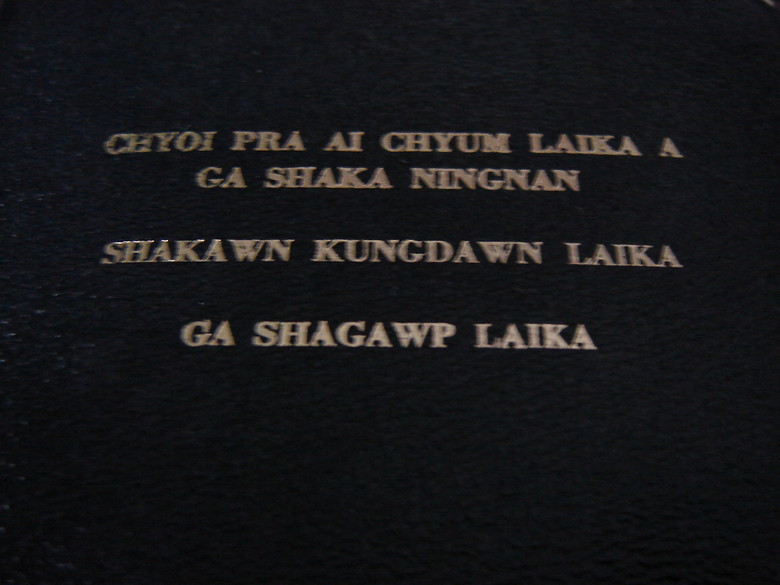 The Jingpho language (Jinghpaw, Chingp'o; (also called Kachin or Marip) is sometimes also referred as Kachin. This language is spoken in the Kachin State in Burma and also in the PRC (about 40,000 speakers in 1999). Thus, the language is spoken by totally approximately 900,000 people.[1] 'Kachin' can refer either to the Jingpho language or to a group of languages spoken by various ethnic groups in the same region as Jingpo. These languages are Lisu, Lachit, Rawang, Zaiwa, Maru, Achang (Ngo Chang), and Jingpho. These languages are from distinct branches of the highest level of the Tibeto-Burman family. So they should not be brought under one term. Jinghpo is a Tibeto-Burman language belonging to the jinghpo-bodo-konyak (kachinic) subgroup. It is a tonal language. The Jingpo ethnicity or Kachin (ka khrang in Burmese is contained between Yunnan In the People's Republic of China, the Kachin state of Burma and Thailand. This ethnic group contains speakers of other lolo-Burmese languages in addition to Jingpho who have adopted the Jingpho social system. The Turung of Assam in India speak a Jingpho dialect mixed with thai words. This language is called Singpho