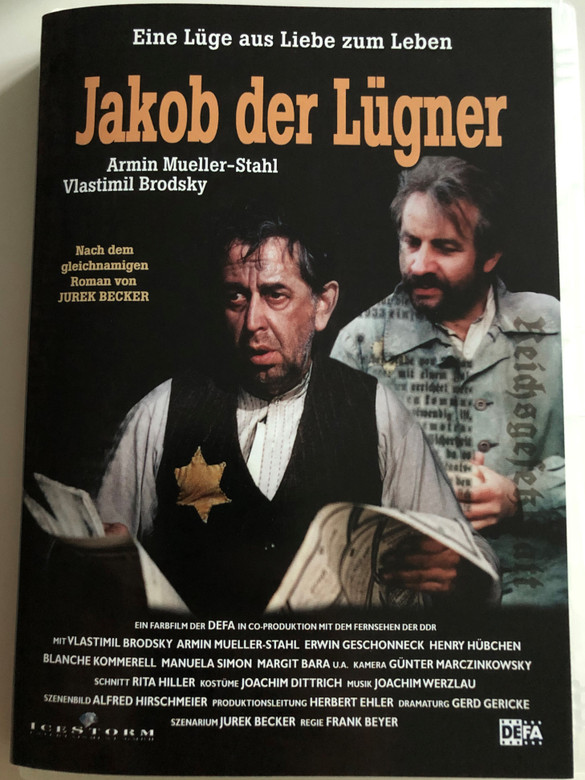 Jacob the Liar (German: Jakob der Lügner) is a 1975 East German-Czechoslovakian Holocaust film directed by Frank Beyer, and based on the novel of the same name by Jurek Becker. It starred Vlastimil Brodský in the title role.

Work on the picture began in 1965, but production was halted in summer 1966. Becker, who had originally planned Jacob the Liar as a screenplay, decided to make it a novel instead. In 1972, after the book garnered considerable success, work on the picture resumed. In a Jewish ghetto in German-occupied Poland, a man named Jakob is caught on the streets after curfew. He is told to report to a German military office where he finds the officer in charge passed out drunk. The radio is running and Jakob hears a broadcast about the advances of the Soviet Army. Eventually, Jakob sneaks out and goes home. Later he tells his friends that the Russians are not very far away. As no one believes he went to the Nazi office and came out alive, Jakob makes up a lie, claiming he owns a radio - a crime punishable by death. This puts Jakob in a difficult position since he is constantly asked for further news. He then starts encouraging his friends with false reports about the advance of the Red Army towards their ghetto. The residents, who are desperate and starved, find new hope in Jakob's stories. Even when he eventually confesses to his friend that only the first report was true and all the rest is made up, his friend points out that his stories give people hope and a will a to live. The film ends with the deportation of Jakob and the others to the extermination camps. 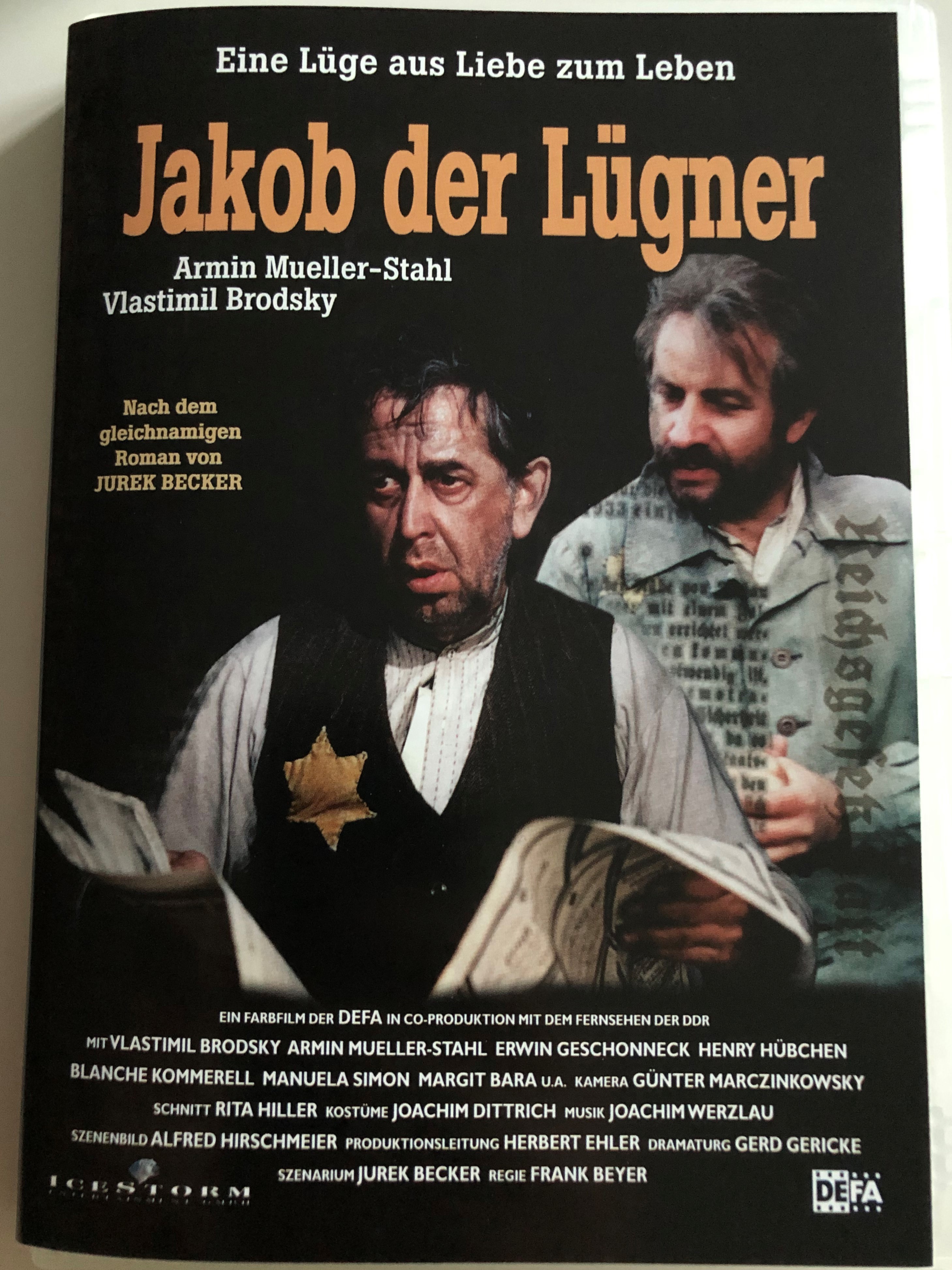 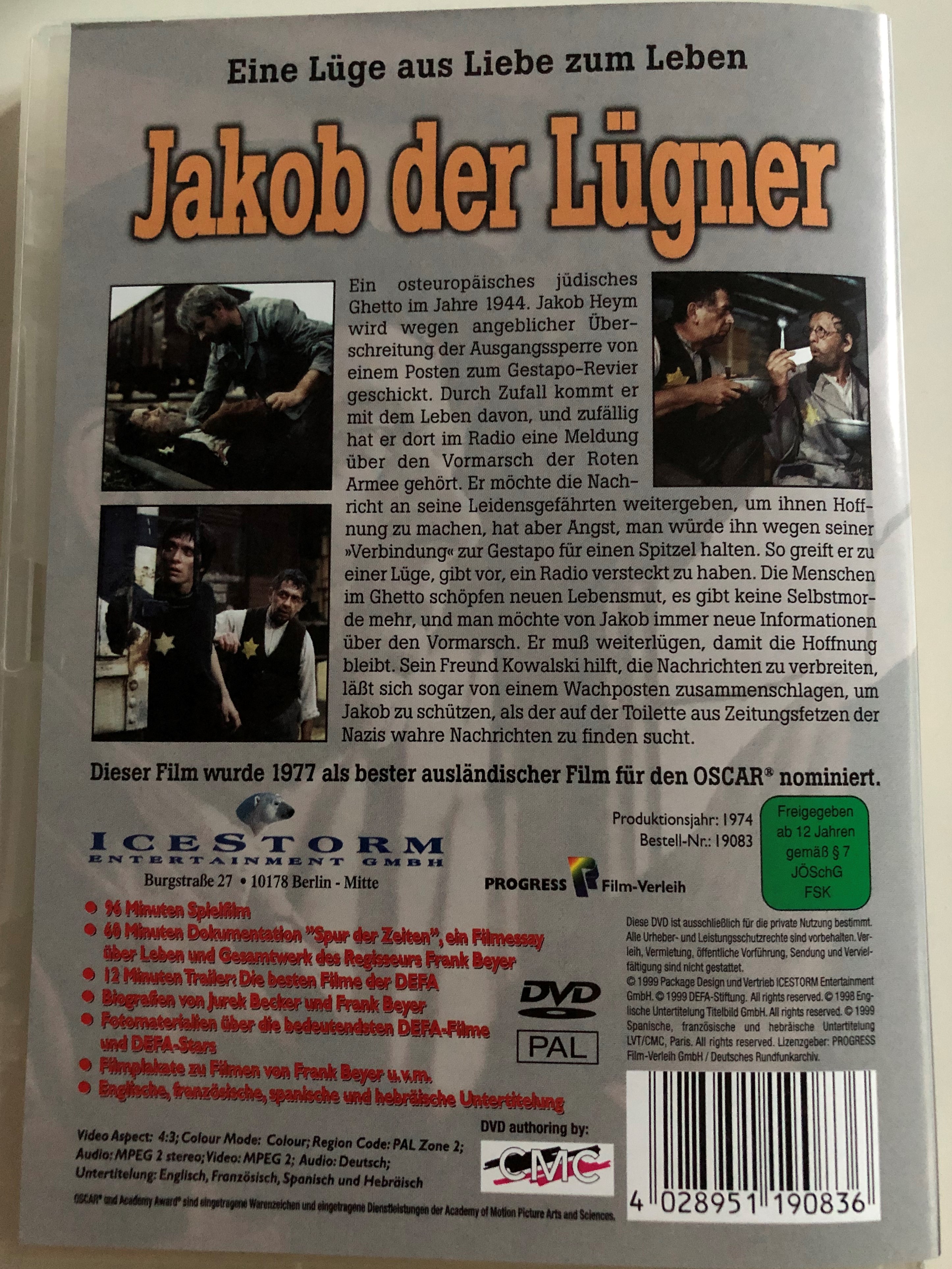