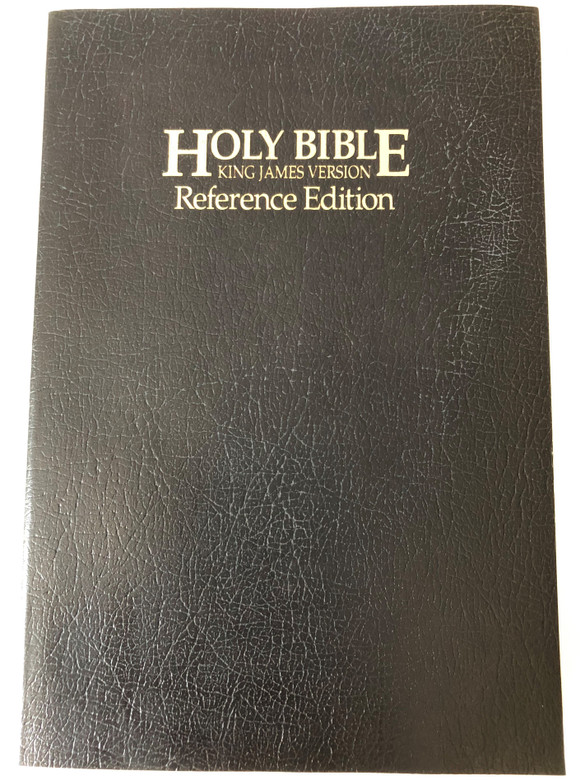 The Scofield Reference Bible is a widely circulated study Bible edited and annotated by the American Bible student Cyrus I. Scofield, which popularized dispensationalism at the beginning of the 20th century. Published by Oxford University Press and containing the entire text of the traditional, Protestant King James Version, it first appeared in 1909 and was revised by the author in 1917.

The first edition of the Scofield Bible (1909) was published only a few years before World War I, a war that destroyed a cultural optimism that had viewed the world as entering a new era of peace and prosperity; then the post-World War II era witnessed the creation in Palestine of a homeland for the Jews. Thus, Scofield's premillennialism seemed prophetic. "At the popular level, especially, many people came to regard the dispensationalist scheme as completely vindicated." Sales of the Reference Bible exceeded two million copies by the end of World War II.

The Scofield Reference Bible promoted dispensationalism, the belief that between creation and the final judgment there would be seven distinct eras of God's dealing with man and that these eras are a framework for synthesizing the message of the Bible. Largely through the influence of Scofield's notes, many fundamentalist Christians in the United States adopted a dispensational theology. Scofield's notes on the Book of Revelation are a major source for the various timetables, judgments, and plagues elaborated on by popular religious writers such as Hal Lindsey, Edgar C. Whisenant, and Tim LaHaye; and in part because of the success of the Scofield Reference Bible, twentieth-century American fundamentalists placed greater stress on eschatological speculation. Opponents of biblical fundamentalism have criticized the Scofield Bible for its air of total authority in biblical interpretation, for what they consider its glossing over of biblical contradictions, and for its focus on eschatology.