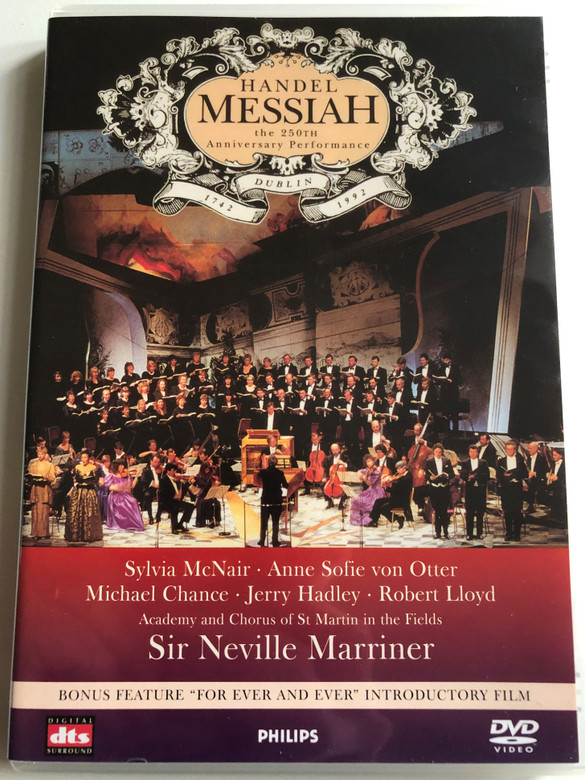 Visually, this is one of the most impressive Messiahs to be caught on film, with excellent camera work capturing this splendid, high-class performance, which celebrated the 250th Anniversary of the oratorio's premiere. Performed in  Dublin, and with Sir Neville Marriner, the Academy and Chorus of St Martin in the Fields, and a host of "A"-level soloists filling out the bill, the peformances are uniformly fine, if a bit stiff.  Still, it's nice not to have the soloists staring right into the camera lens while singing, and the rest of the performers all sing with great style and aplomb.  The bonus documentary "Now and Forever" featuring Sir Neville Marriner and Professor Robbins Landon is a short, succinct overview of Messiah's creation, with Sir Neville Marriner giving first-hand accounts of his study of Handel's original manuscript in preparation for this concert.  While not comprehensive, it's a very nice addition to the concert, and this video can easily be recommended for those wishing to see a professional, polished Messiah. 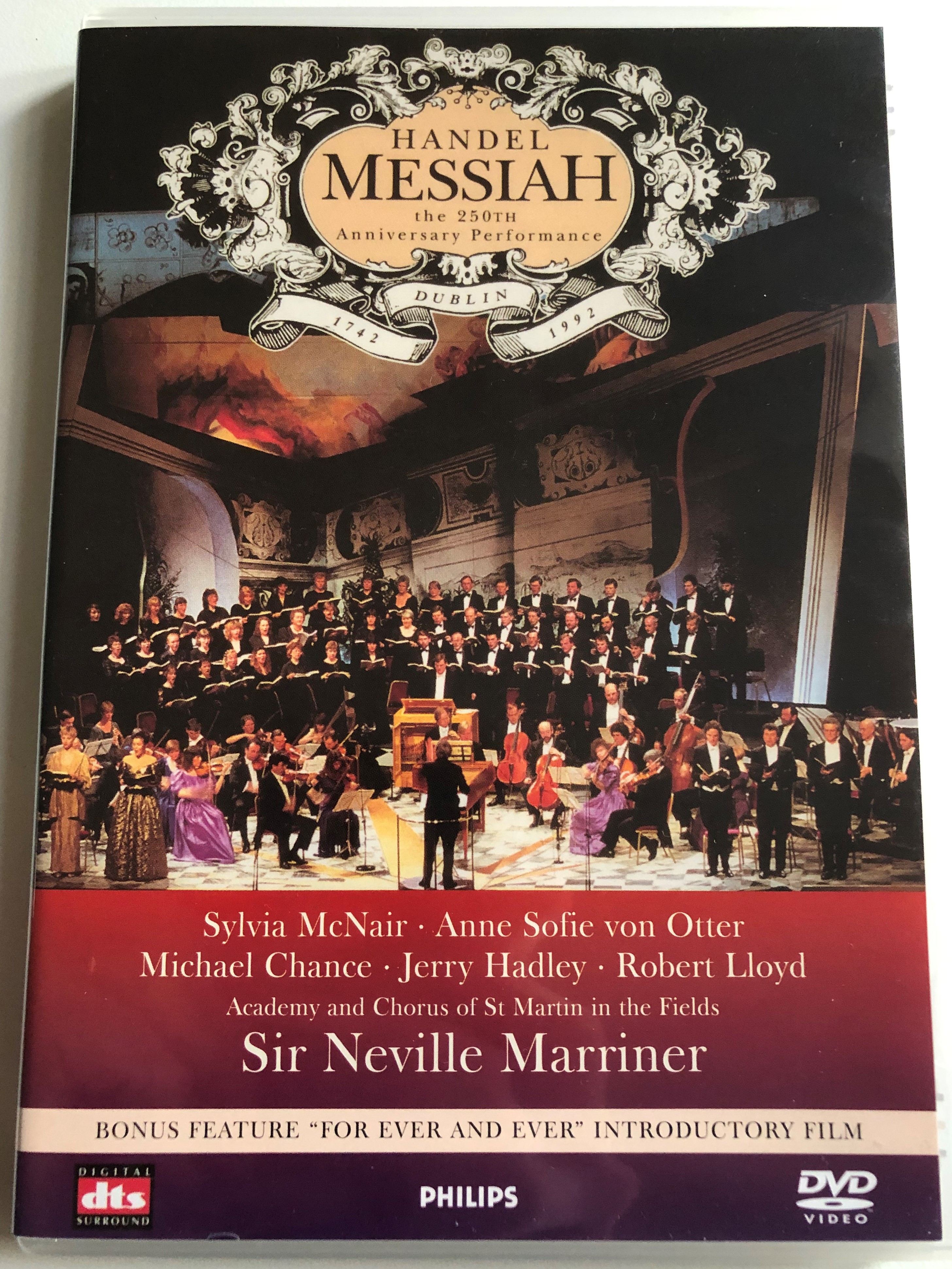 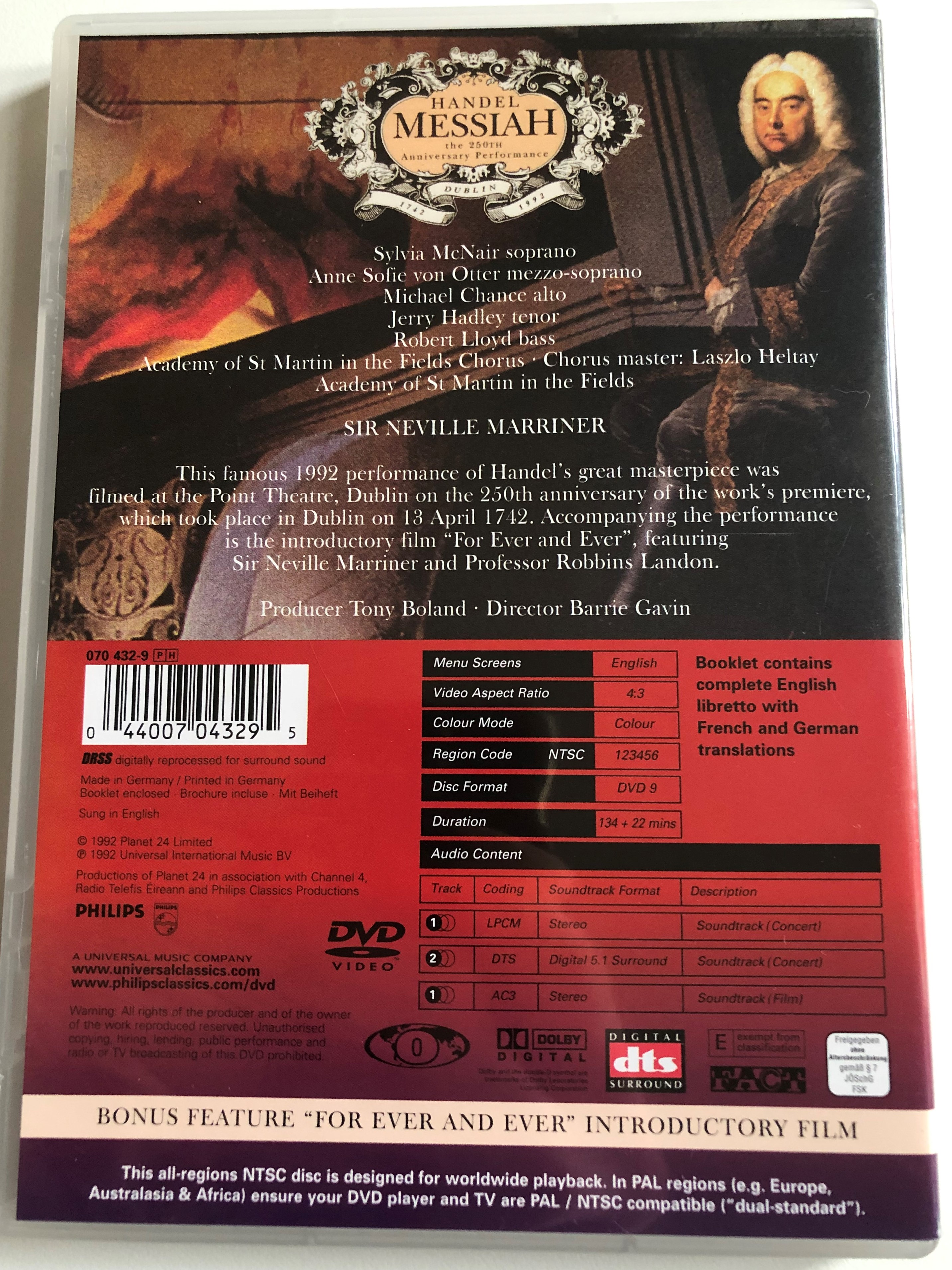