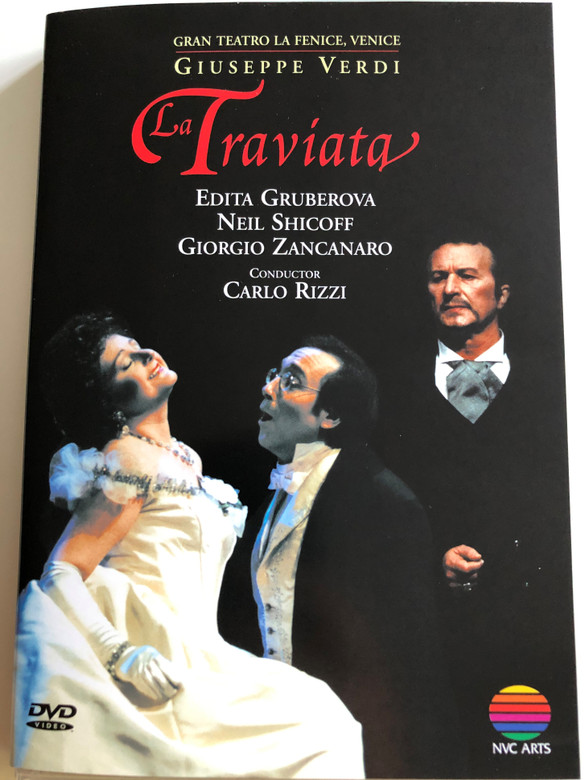 La traviata (Italian: [la traˈvjaːta; traviˈaːta], The Fallen Woman) is an opera in three acts by Giuseppe Verdi set to an Italian libretto by Francesco Maria Piave. It is based on La Dame aux camélias (1852), a play adapted from the novel by Alexandre Dumas fils. The opera was originally titled Violetta, after the main character. It was first performed on 6 March 1853 at the La Fenice opera house in Venice.

Piave and Verdi wanted to follow Dumas in giving the opera a contemporary setting, but the authorities at La Fenice insisted that it be set in the past, "c. 1700". It was not until the 1880s that the composer and librettist's original wishes were carried out and "realistic" productions were staged. La traviata has become immensely popular and is the most frequently performed of all operas, with 151 in the 2018/2019 season.
Comes in standard amaray with 24-page booklet.

This recording was made at the Gran Teatro La Fenice, Venice, in December 1992. 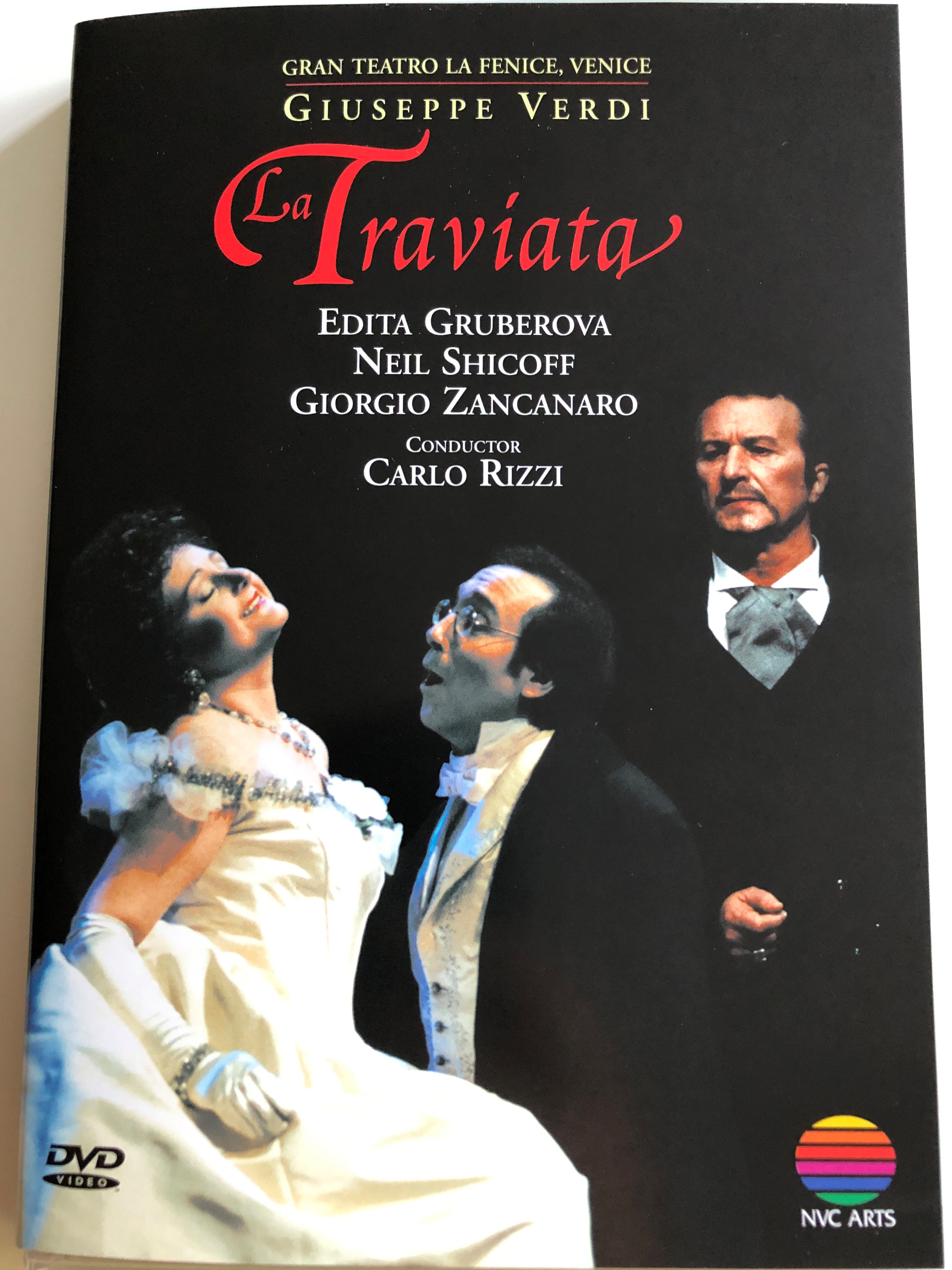 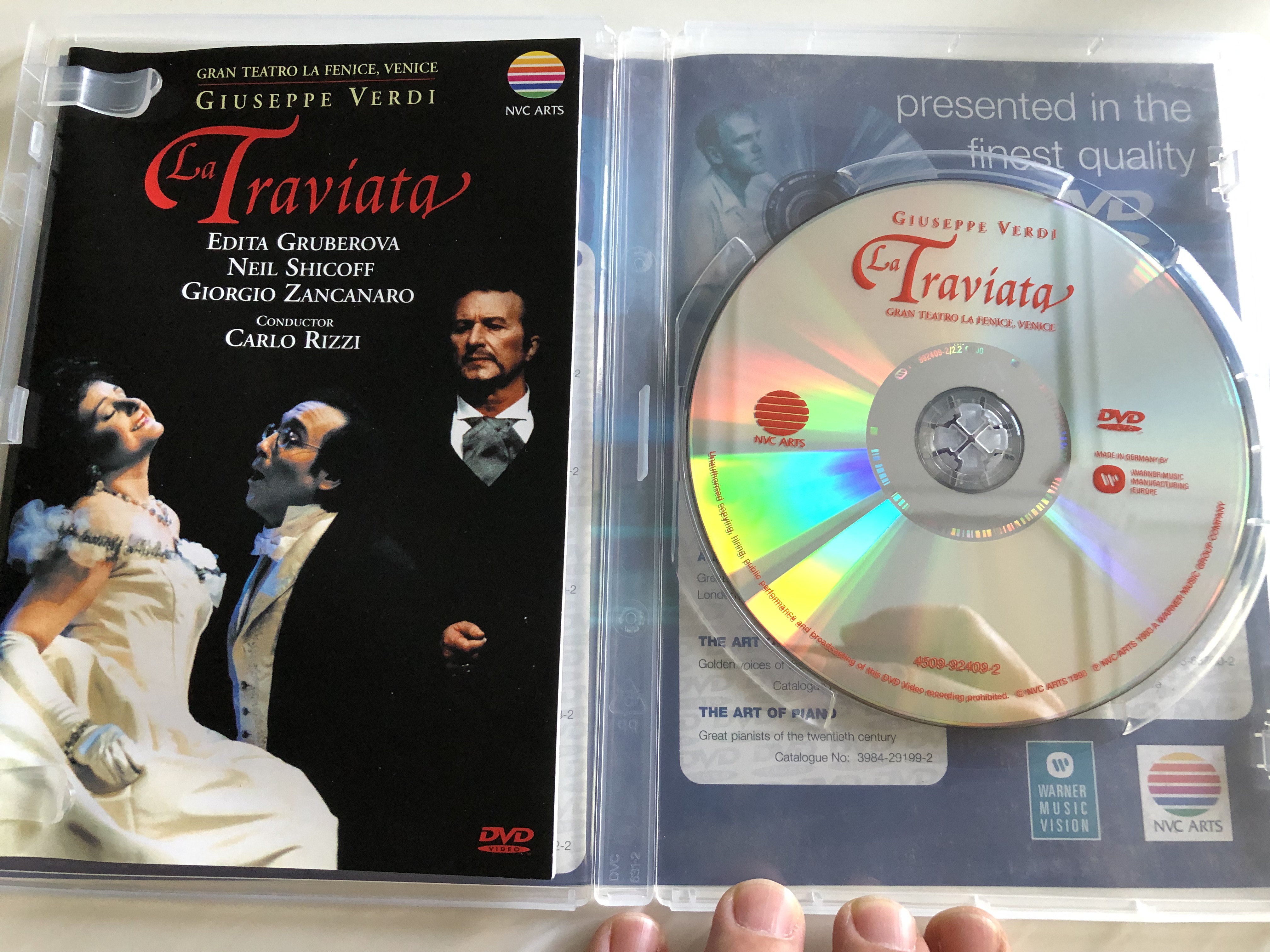 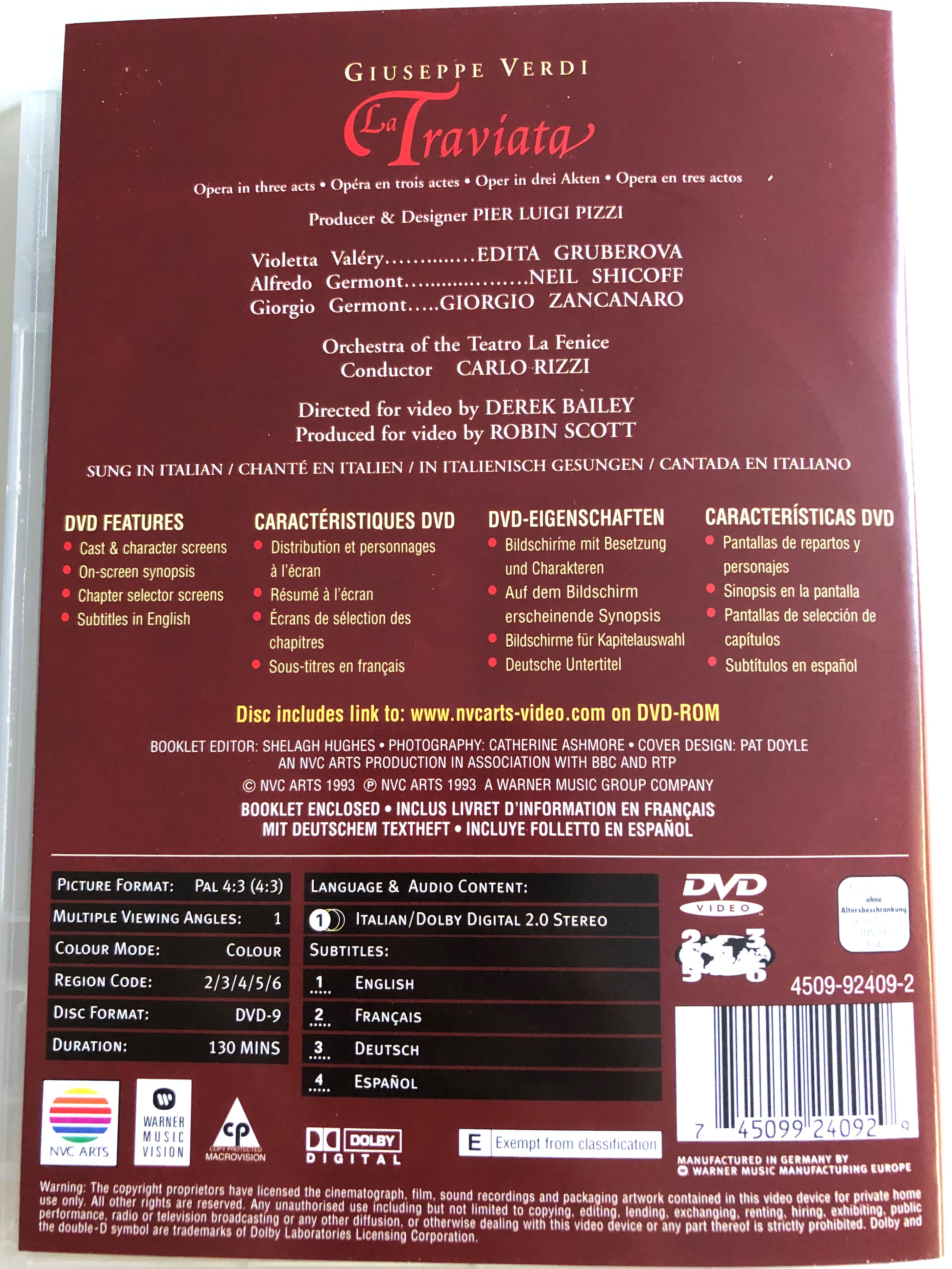