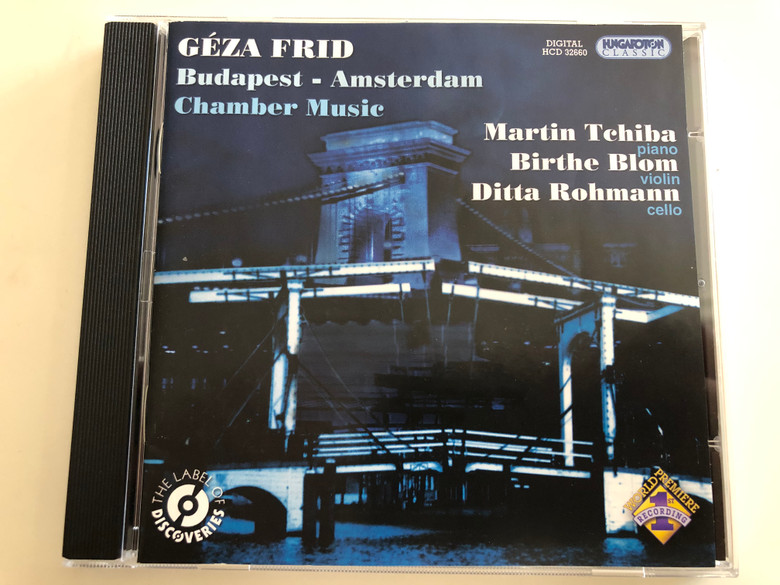 Born in Hungary, a student of both Kodály and Bartók, Frid moved to the Netherlands in 1929. Although he renounced his Hungarian citizenship in the 30s due to the rising tide of anti-Semitism there, he never lost his native country's musical language as is evident in several of the pieces which make up these compositions, most obviously in the final piece of the Caricatures of 1930, Petite rhapsodie hungroise. But such other pieces as Monotone, Papillon, Glissando and L'accompangement (all you hear is the piano accompaniment of, well, something) attest to his wit and stylistically, there is much here from Frid's years in Paris in the late 20s and early 30s. The trio is a post-war work (1947) with a bubbling vitality which still lets us glimpse a melancholy underneath but whose most unusual formal aspect is the fact that a fugue, appearing and disappearing, runs through all four of its movements. This should delight collectors of 20th century tonal chamber music. Martin Tchiba (piano), Birthe Blom (violin), Ditta Rohmann (cello). 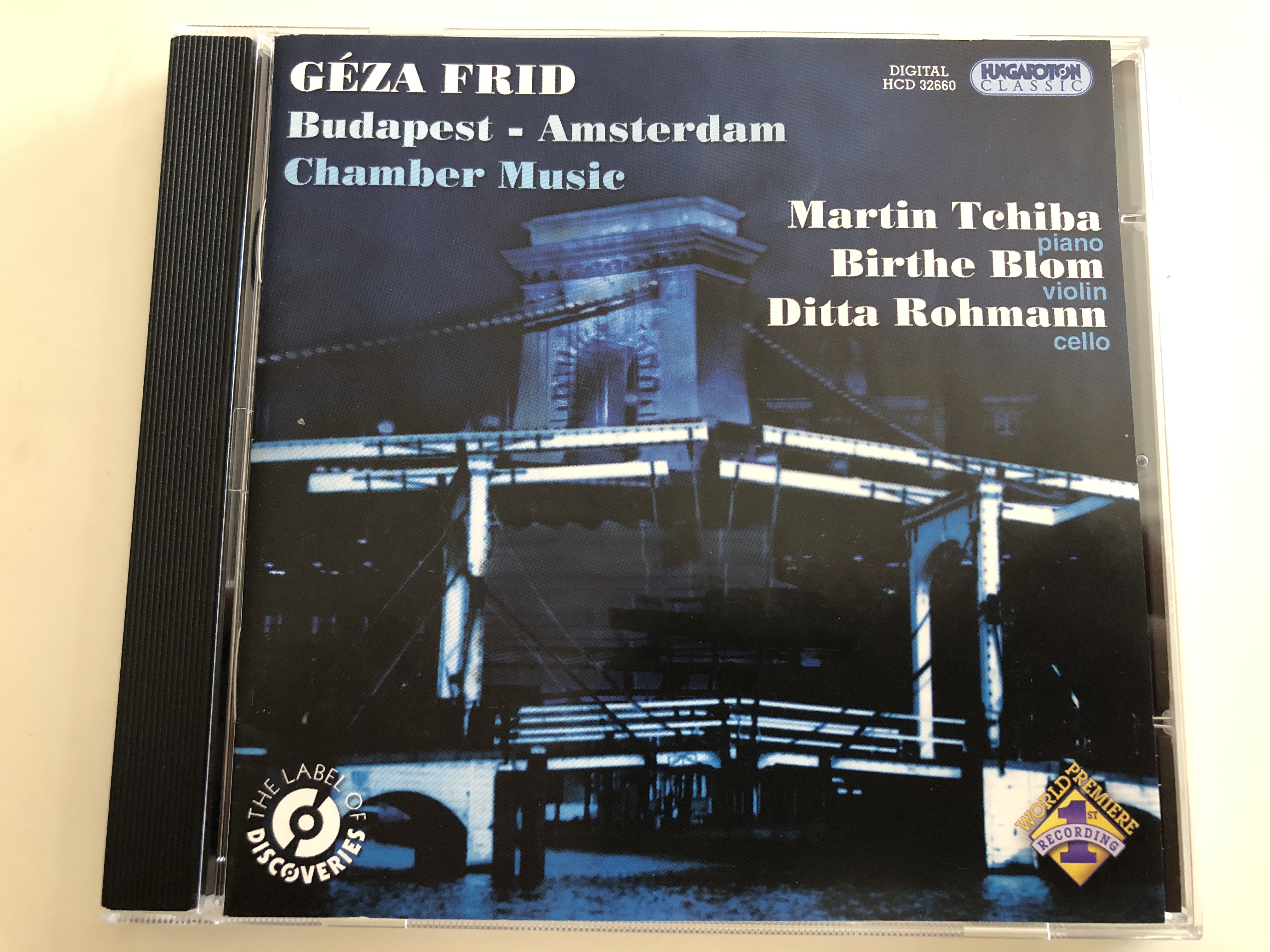 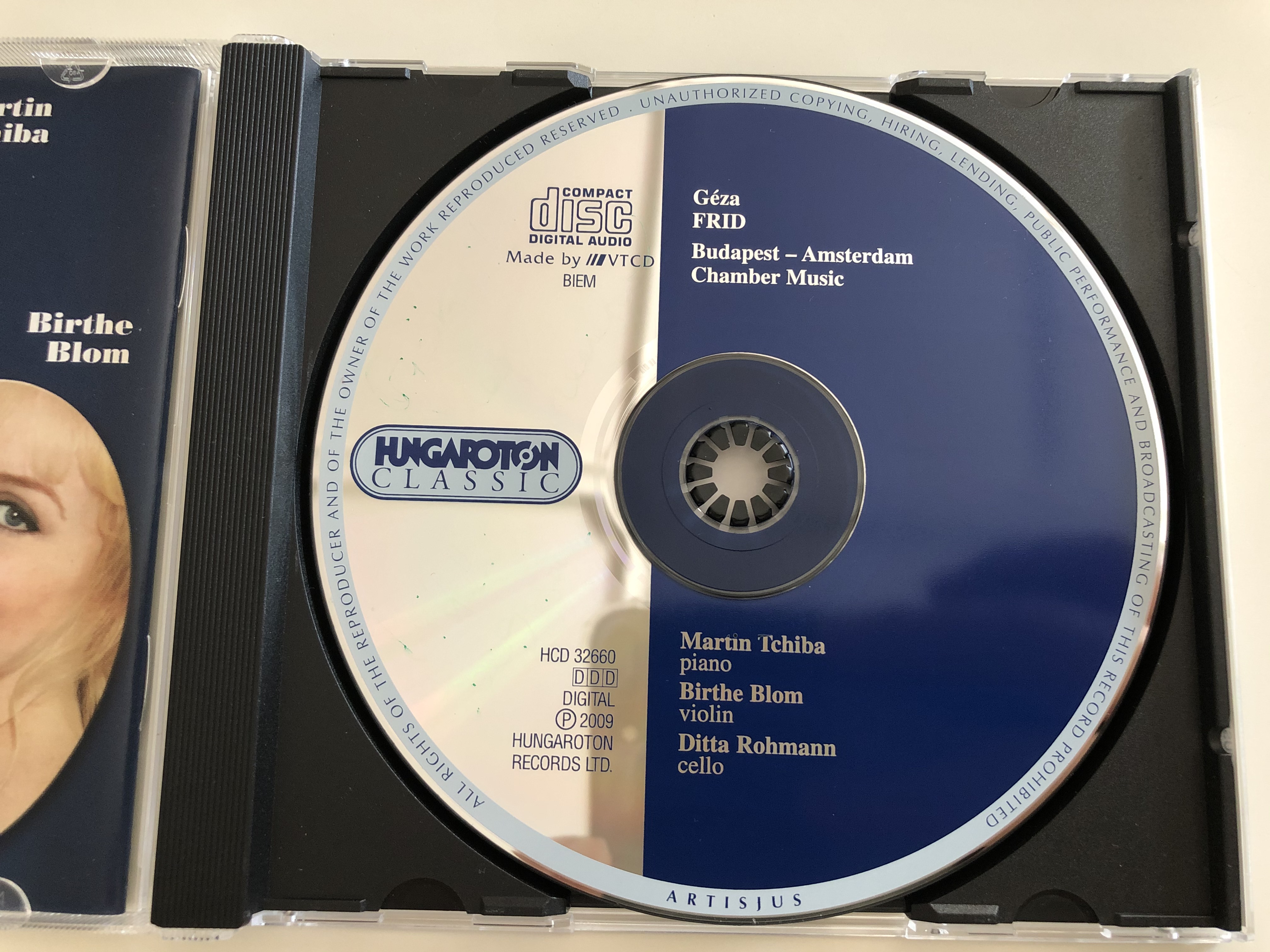 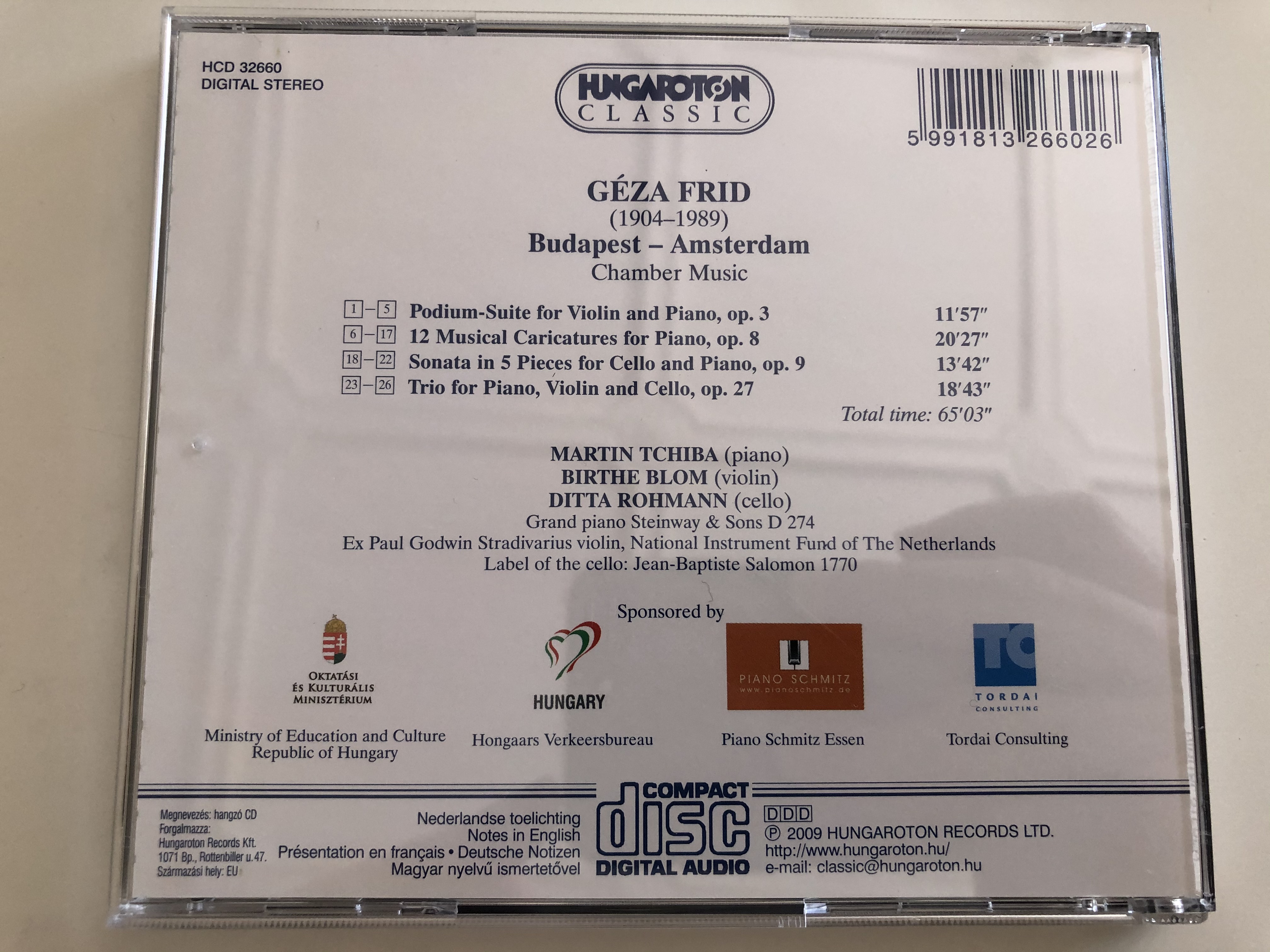 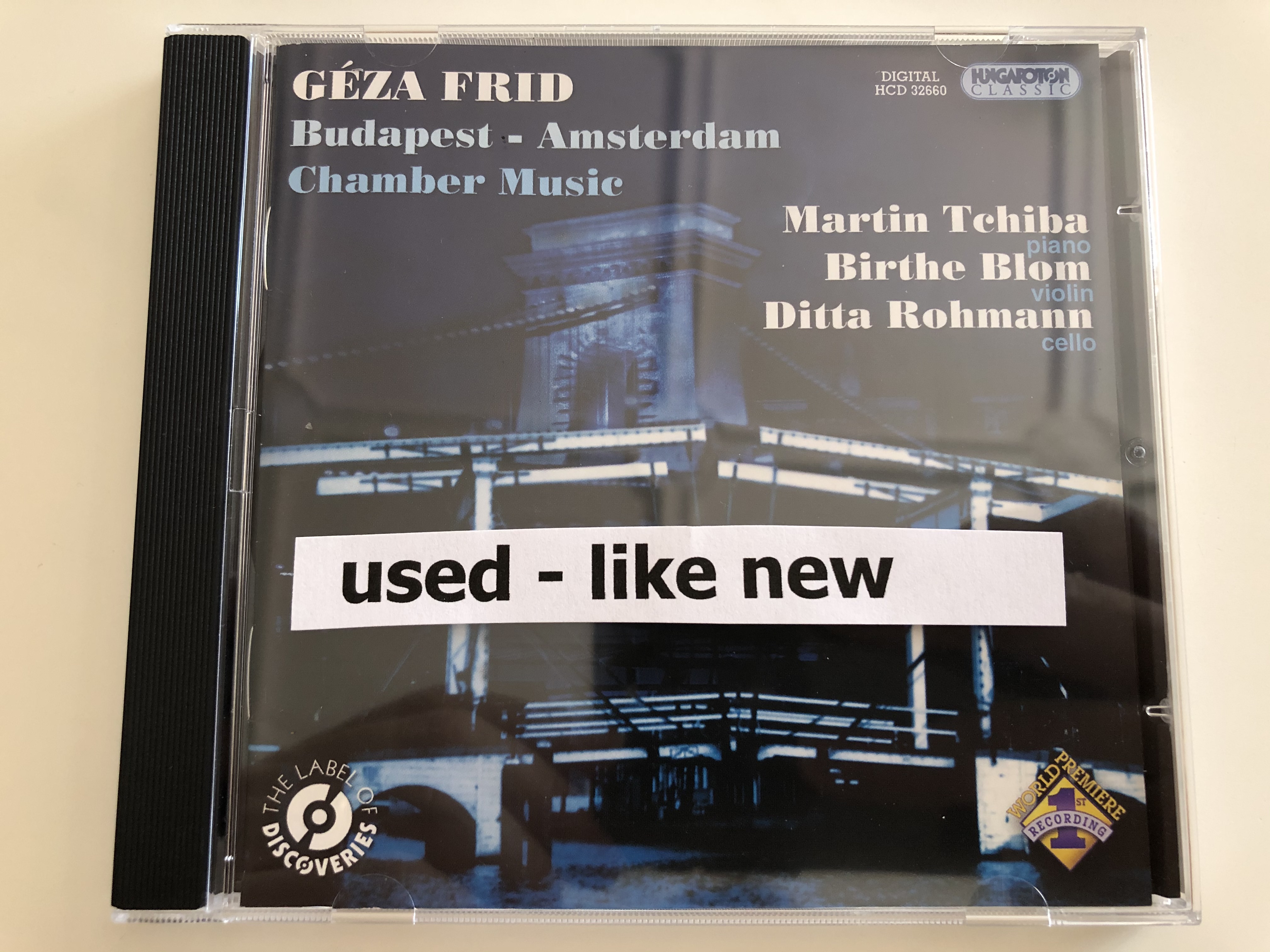