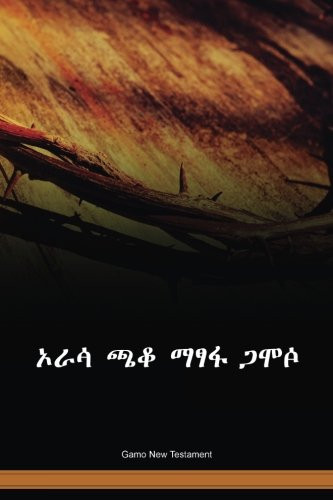 Gamo is the name of the Ethiopian ethnic group who speak the Gamo language. The name "Gamo" means a lion, which refers to their legacy; along with the Goffa, they gave their names to the former Gamo-Gofa province of Ethiopia. The 2007 Ethiopian national census reported that 1,107,163 people (or 1.5% of the population) identified themselves as Gamos, of whom 141,233 were urban inhabitants. The Southern Nations, Nationalities, and People's Region is home to 94.5% of this people. The Gamo contribute much of the fruit including banana, mango, apple and papaya, to the capital city of Ethiopia, Addis Ababa.

Gamo-Gofa-Dawro is an Omotic language of the Afroasiatic family spoken in the Dawro, Gamo Gofa and Wolayita Zones of the Southern Nations, Nationalities, and Peoples' Region in Ethiopia. Varieties are spoken by the Gamo, Gofa, Dawro; Blench (2006) and Ethnologue treat these as separate languages. Dialects of Dawro (Kullo-Konta) are Konta and Kucha.In 1992, Alemayehu Abebe collected a word-list of 322 entries for all three related dialects