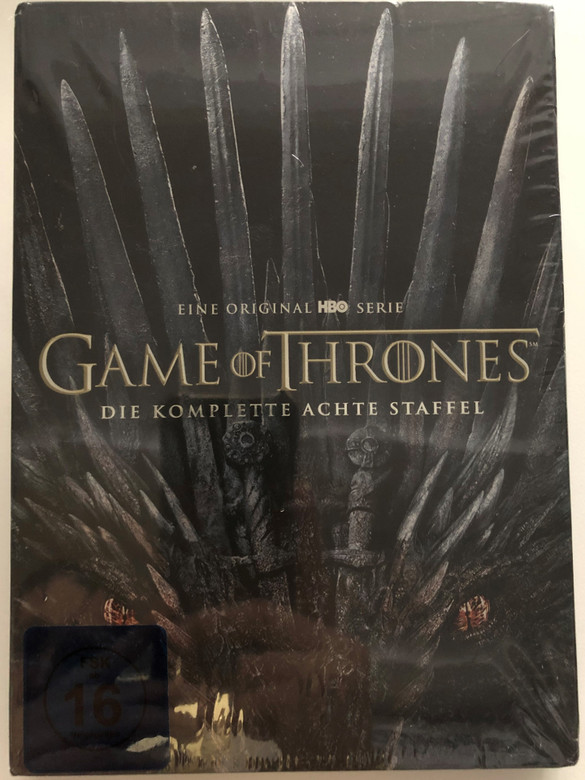 Game of Thrones is an American fantasy drama television series created by David Benioff and D. B. Weiss for HBO. It is an adaptation of A Song of Ice and Fire, a series of fantasy novels by George R. R. Martin, the first of which is A Game of Thrones. The show was shot in the United Kingdom, Canada, Croatia, Iceland, Malta, Morocco, and Spain. It premiered on HBO in the United States on April 17, 2011, and concluded on May 19, 2019, with 73 episodes broadcast over eight seasons.

Game of Thrones is roughly based on the storylines of the A Song of Ice and Fire book series by George R. R. Martin, set in the fictional Seven Kingdoms of Westeros and the continent of Essos. The series follows several simultaneous plot lines. The first story arc follows a war of succession among competing claimants for control of the Iron Throne of the Seven Kingdoms, with other noble families fighting for independence from the throne. The second concerns the exiled scion's actions to reclaim the throne; the third chronicles the threat of the impending winter, as well as the legendary creatures and fierce peoples of the North.[8] Showrunner David Benioff jokingly suggested "The Sopranos in Middle-earth" as Game of Thrones' tagline, referring to its intrigue-filled plot and dark tone in a fantasy setting of magic and dragons.

Jon and Daenerys learn the Army of the Dead has breached the Wall. Theon rescues Yara, then returns to Winterfell. Sam reveals to Jon that he is actually Aegon Targaryen. Jaime arrives at Winterfell, revealing Cersei won't help defeat the Army of the Dead. Jon reveals his Targaryen lineage to Daenerys, who wants it kept a secret. After a battle, Arya kills the Night King, destroying the Army of the Dead. With the Army of the Dead defeated, Daenerys turns her attention towards the Iron Throne. Euron's navy kills Rhaegal and captures Missandei, who is later executed by Cersei, enraging Daenerys, who, after her army takes King's Landing, destroys much of the city indiscriminately. Cersei and Jaime are killed. Tyrion denounces Daenerys and is imprisoned for treason to await execution. Jon, unable to stop Daenerys, is forced to kill her. Bran Stark is proclaimed king, allowing the North to secede as an independent kingdom. Bran appoints Tyrion as his Hand. Sansa is crowned Queen in the North, and Arya sails to find new lands. Jon is sentenced to the Night's Watch, and leads the Wildlings back north of the Wall. 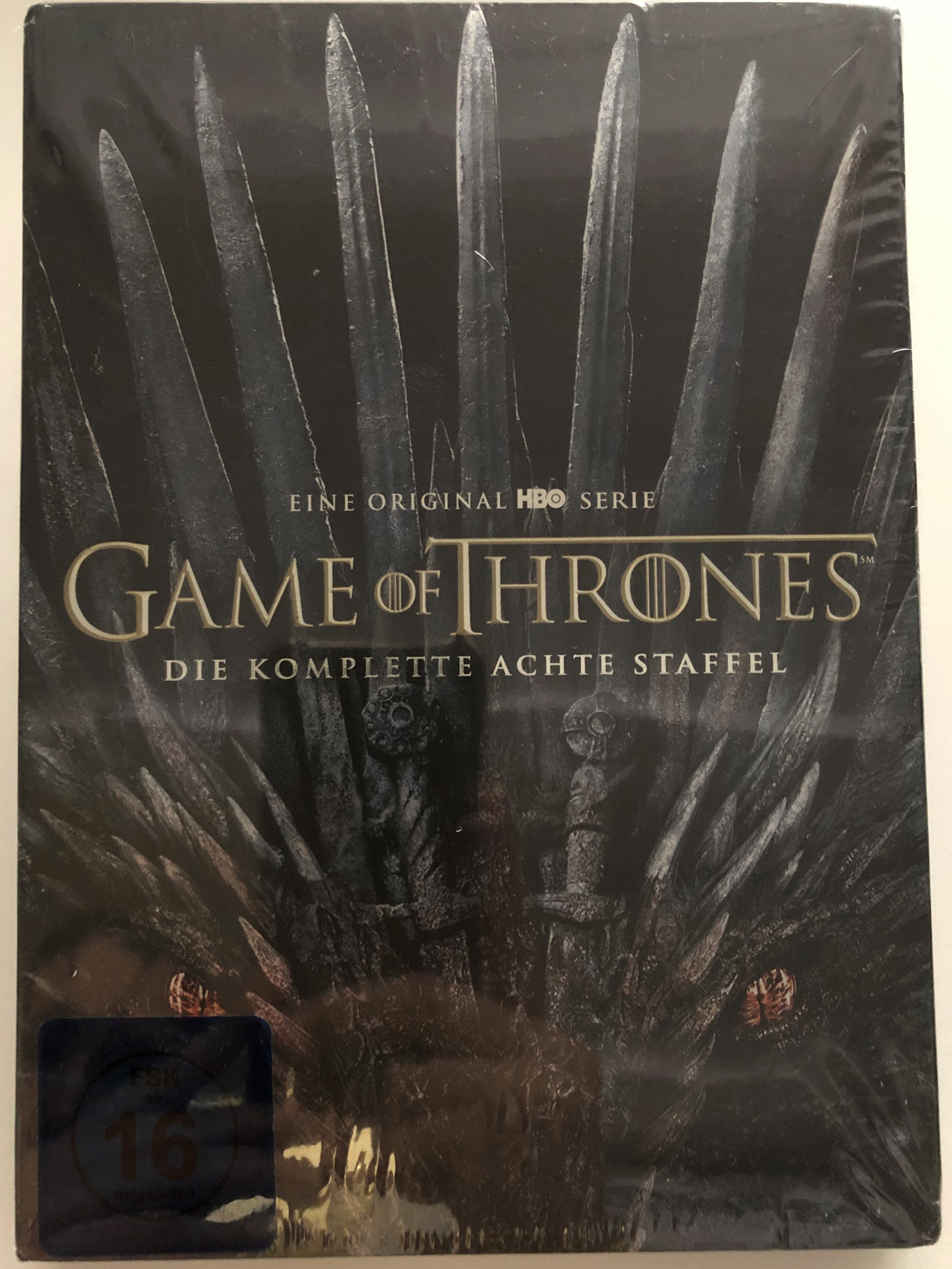 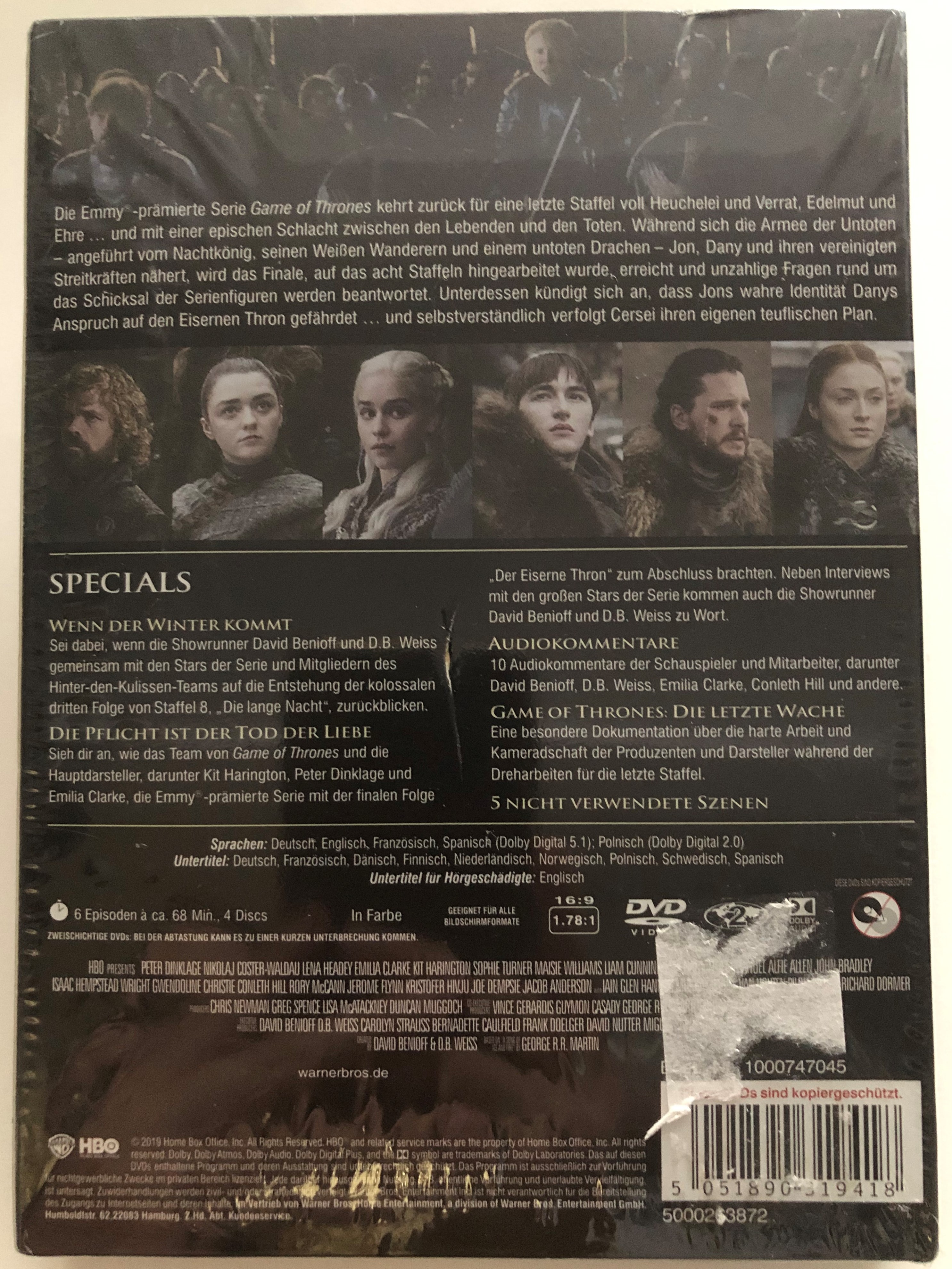