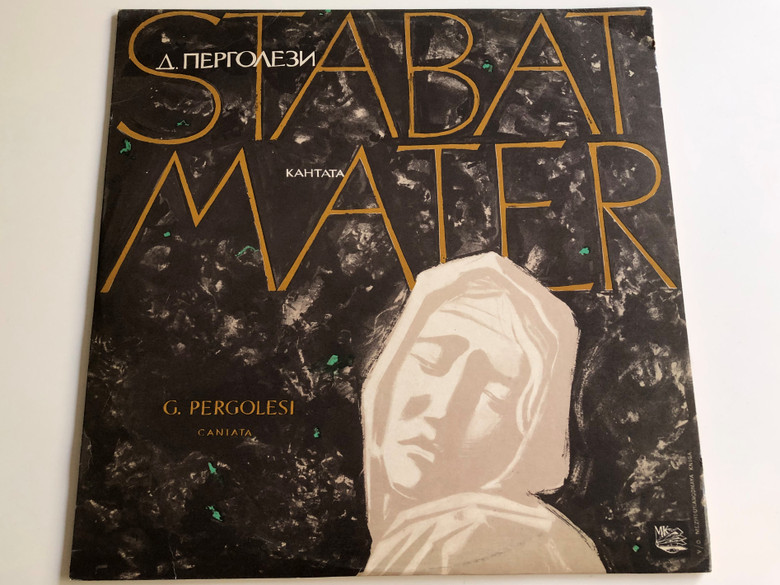 Two hundred and fifty years have already elapsed since the birth of the outstanding Italian composer Pergolesi, but such of his works as the cantata Stabat Mater or the one-act comic opera La serva padrona have still retained their freshness and continue to attract the music lovers by the warmth of emotions, touching sincerity and truthfulness of images. Composer Giovanni Battisfa Dragi (that was his real name) was born in Naples in 1710. As his ancestors came from the village of Pergole, the coma poser was nicknamed Pergolesi. During his short life (Pergolesi died at the age of twenty six), he wrote, beside the compositions already mentioned above, fen operas, several cantatas, thirty trios for two violins and bass, and a number of other works. Not long before his death the composer was commissioned by a certain brotherhood to write the cantata Stabat Mater for ten ducats. The cantata is listed among the classical masterpieces of Italian music. Ifs title was derived from the opening line of the versified text of Stabat mater dolorosa "Dolorous mother stood". The writing of the cantata became subject of a legend similar yo that which is connected with Mozart's Requiem. Pergolesi's life was not happy. He could not obtain the consent of the relations belonging to nobility to his marrying the girl he loved dearly. The girl entered a convent and soon died there. According to the legend, Pergolesi, while composing Stabat Mater, bought an effigy of the Madonna which vividly reminded him of his deceased beloved. Looking at the beloved face the composer worked at the cantata with an extraordinary inspiration. A page of his manuscript covered with ink-spots and abounding in corrections bears witness to the feverish hurry with which the composer strove to finish his "swan song". 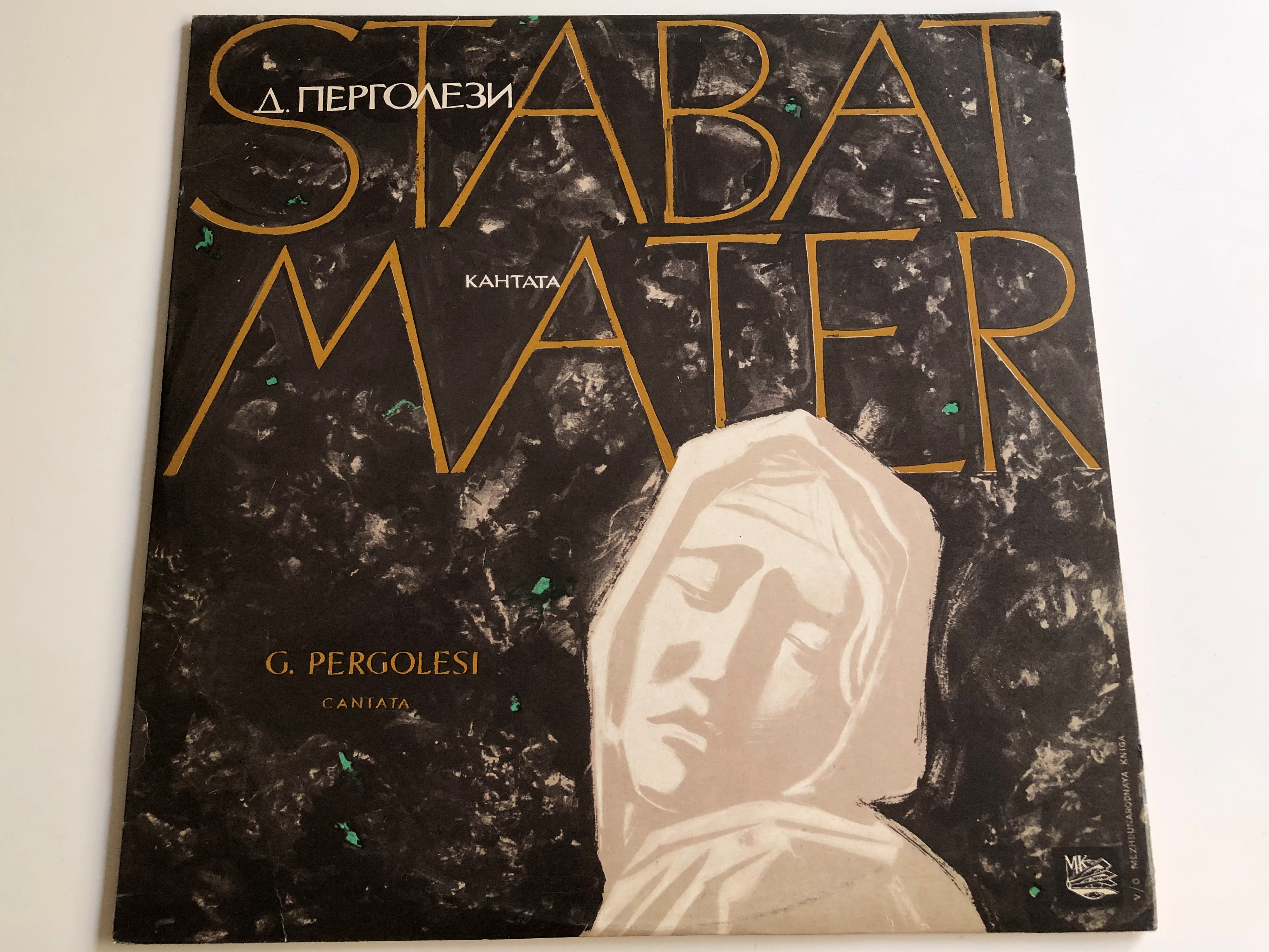 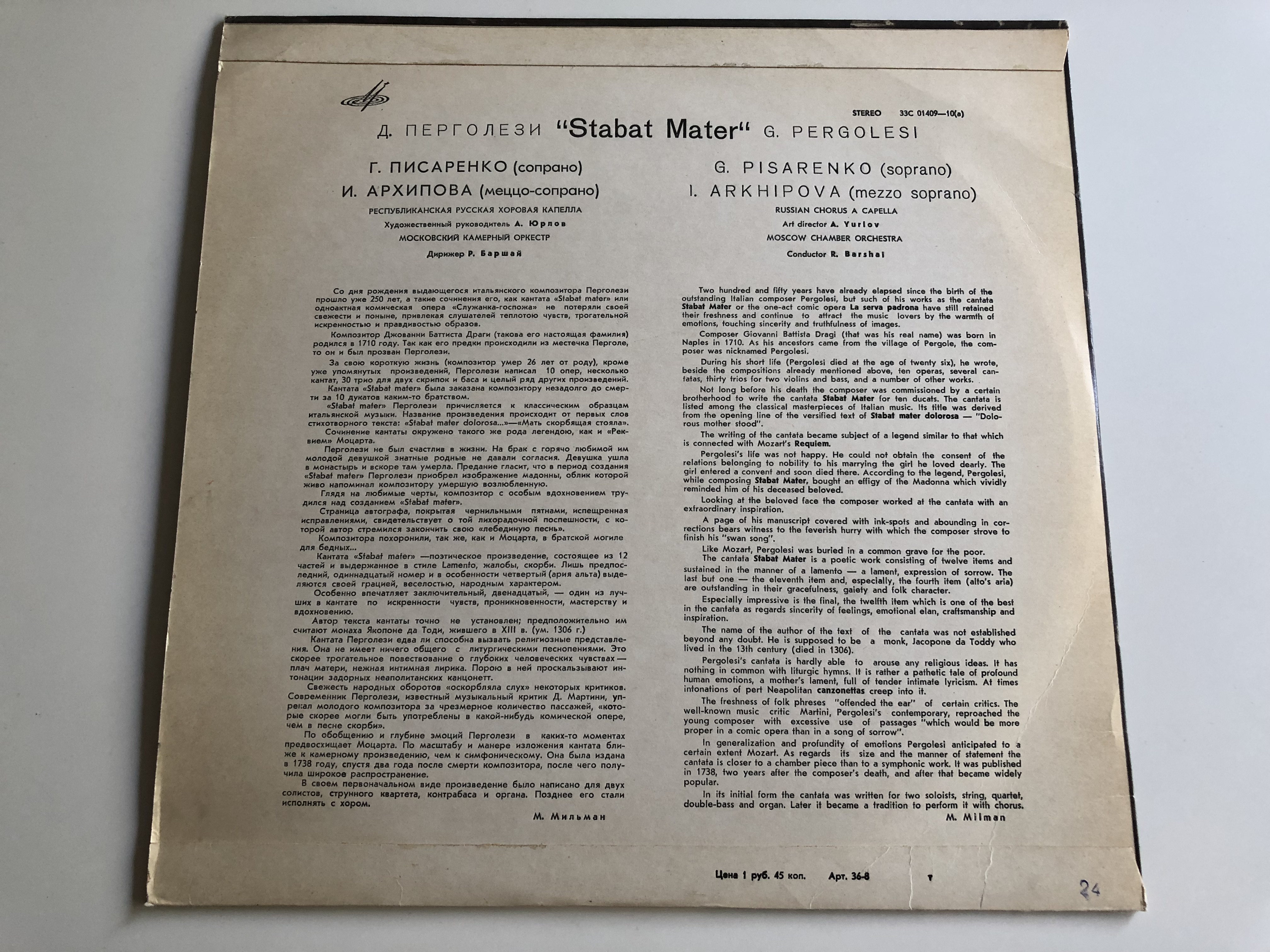