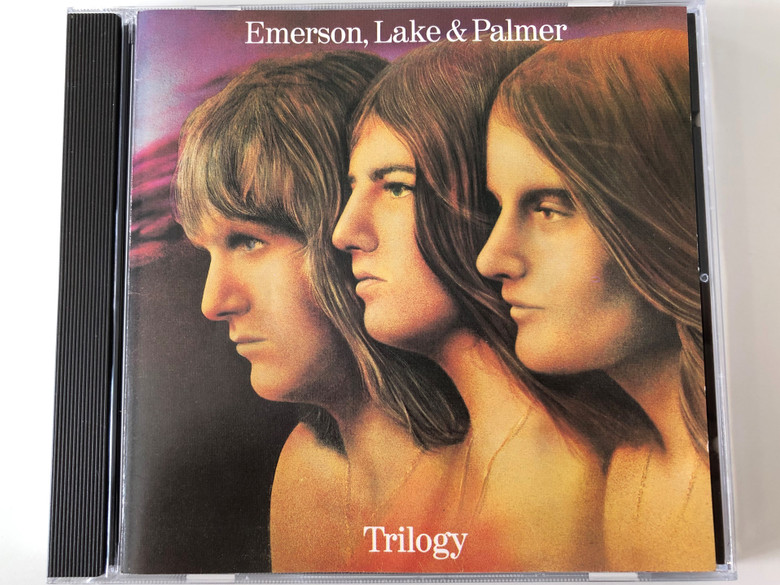 Trilogy increased ELP's worldwide popularity, and included "Hoedown", an arrangement of the Aaron Copland composition, which was one of their most popular songs when performing live.

Greg Lake said this was his favourite ELP record.

In September 1971, the band took a break in their summer North American tour promoting Tarkus (1971) and Pictures at an Exhibition (1971) to record new material for their next studio album. In a May 1972 magazine report, the album had yet to have a title. Emerson was pleased with the album after it was completed, noting its varied and difference in style to Tarkus.

The artwork was designed by Hipgnosis. It depicts a combined bust of the three members, while the interior of the original gatefold sleeve features a photomontage of the three in Epping Forest. Spanish artist Salvador Dalí was approached to design it, but he requested $50,000 to do it and was subsequently turned down. The front cover depicts each of the band members' faces; Emerson said this was so as their previous albums had not featured them.

References to a quad version of this album appeared in 1974 Harrison or Schwann record and tape guides, listing Trilogy in the Quadraphonic 8-track tape cartridge format. Collectors report never seeing a Trilogy Q8 at retail, despite its having a catalogue number "Cotillion QT-9903