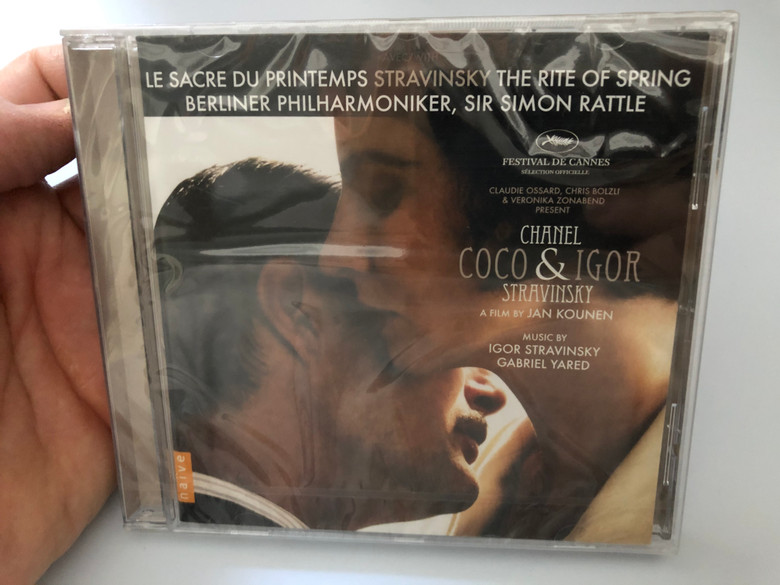 A much younger score reviewer made a rather interesting remark when I commented on the incredible difference between Stravinsky's Rite of Spring and Yared's original score material on the new Coco and Igor film. "Of course it is. Yared's is actually listenable." Someday the young ears will realize the huge contribution Stravinsky made to the music world with his Rite of Spring. My first several years of playing and studying produced the same kind of opinion. To my young ears it was just noise and I couldn't stand it. Over the years I've grown to admire it. The film not only deals with the ballet but the relationship between Coco Chanel, Igor Stravinsky, and his family. As of this writing I know of no release date to see the film in the USA.

The soundtrack is divided into two sections. There is material by Stravinsky including a 2003 recording of Rite of Spring (1947 rev.) with Simon Rattle and the Berlin Philharmonic. The ballet, a pagan rite in which a maiden is being sacrificed to the God of Spring, is a challenge to the dancers and is the beginning of the film, with the other half being the original material written for the film by Yared and the Coco/Igor relationship. As I mentioned above it is quite the contrasting style. The main theme that first appears in "Coco & Igor" is a serene quiet melody played by the oboe. The theme in the introduction of Rite of Spring is also a quiet melody from the woodwind section. Perhaps this was Yared's way of acknowledging the work? This lovely delicate theme is repeated in several other tracks including "La Lettre," on solo violin, and "Perfums du passe," on clarinet. "Generique de fin," featuring the strings in a slightly frantic fashion, also uses this Coco & Igor theme. The "Preambule," which sounds like a structured orchestra warming up before performing, is also repeated in "Derniers instants" and "Evocations." The Coco and Igor theme is also repeated in "Derniers instants" in a very dark and mysterious dirge like fashion with melody being carried by the bassoon. "Les Amants" introduces a golden age love melody with a small tribute to Claude Debussy included in the theme, who also composed at the time of the premiere of Rite of Spring.

Yared successfully complements the music of Stravinsky to make this a recommended score especially if you don't have The Rite of Spring. It is a revolutionary work, which is admired and studied by many film composers, and many ideas have germinated and blossomed as a result of this work. Recommended. -- Film Music: The Neglected Art, January 31, 2010 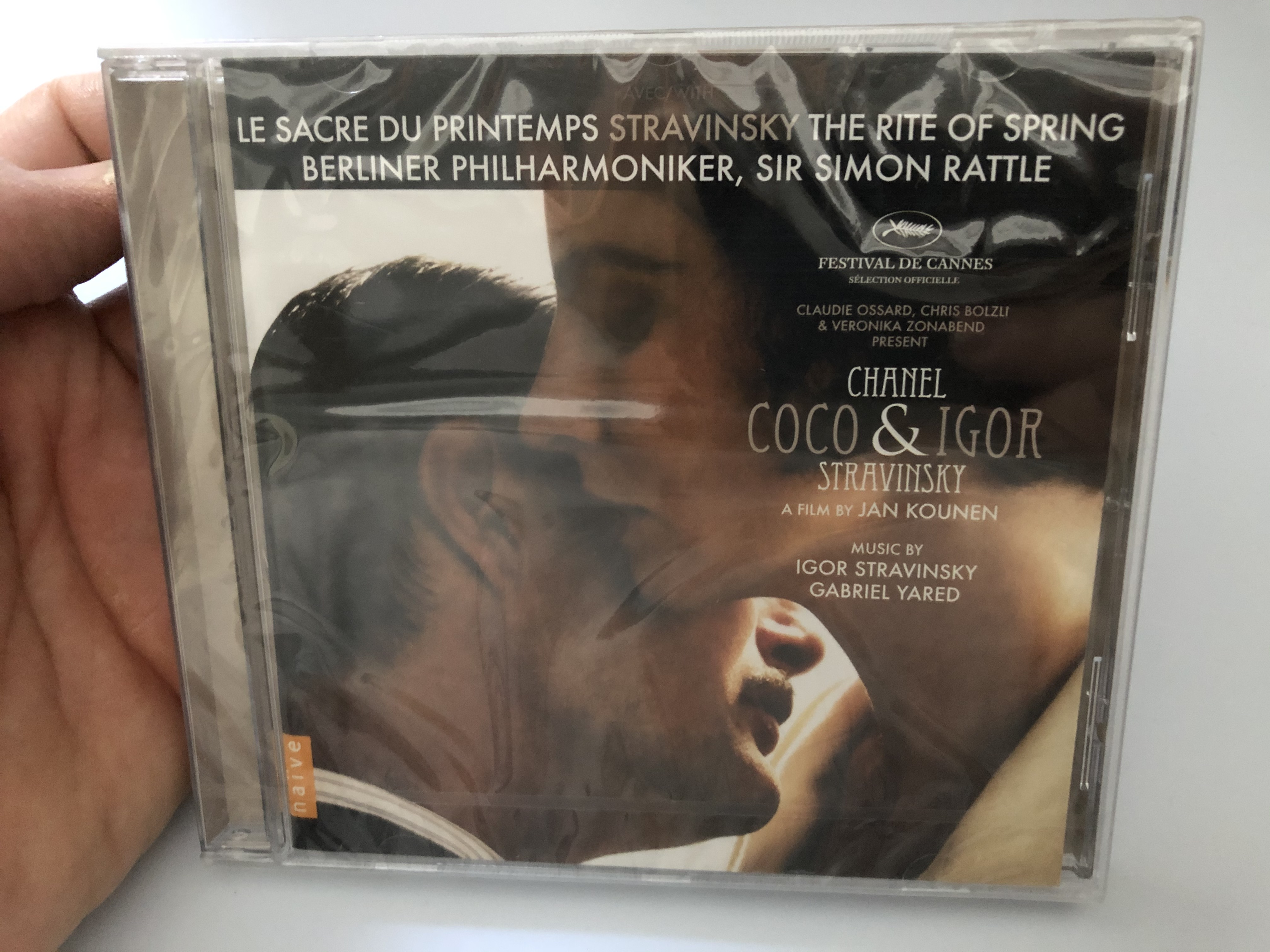 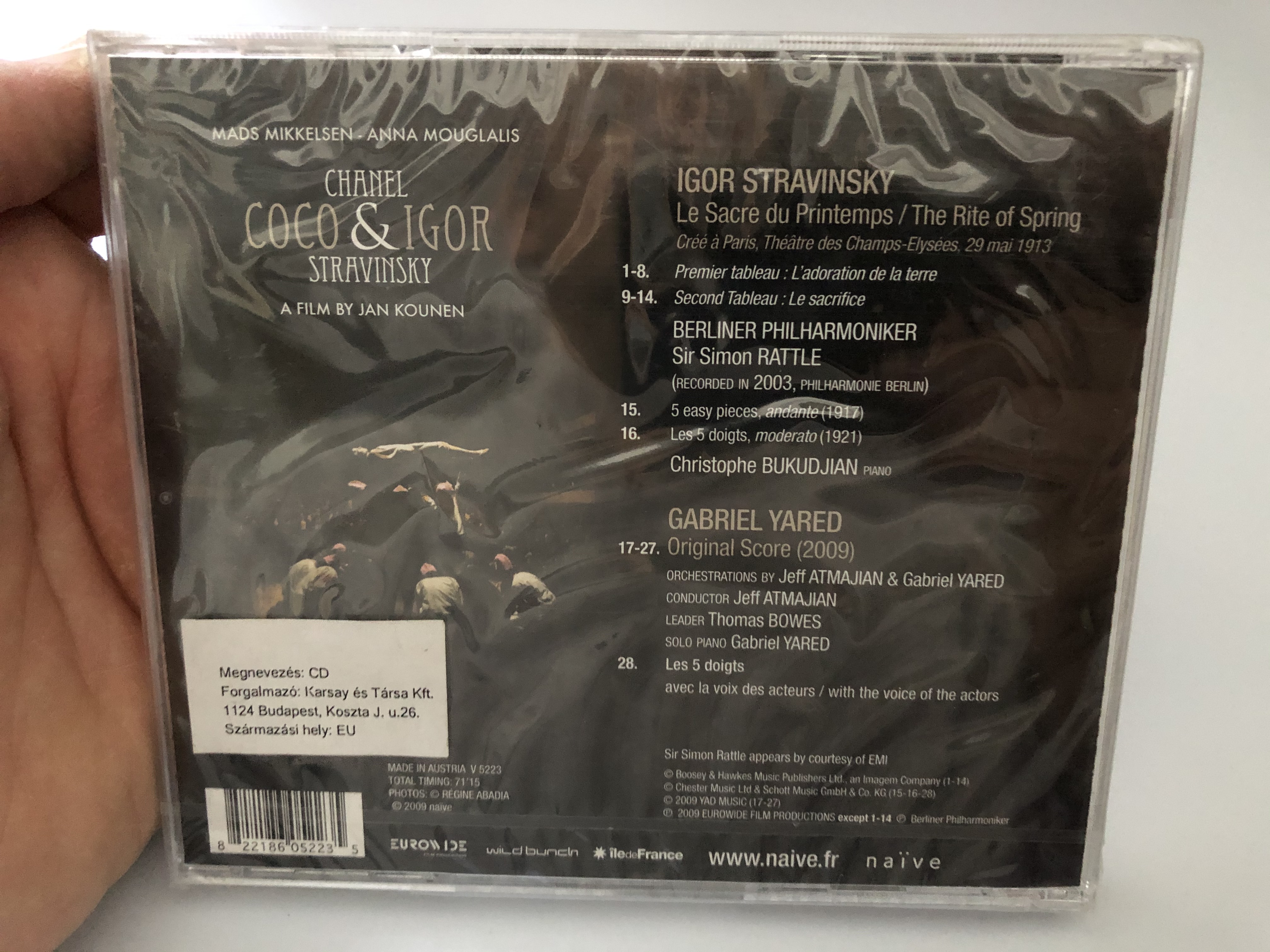