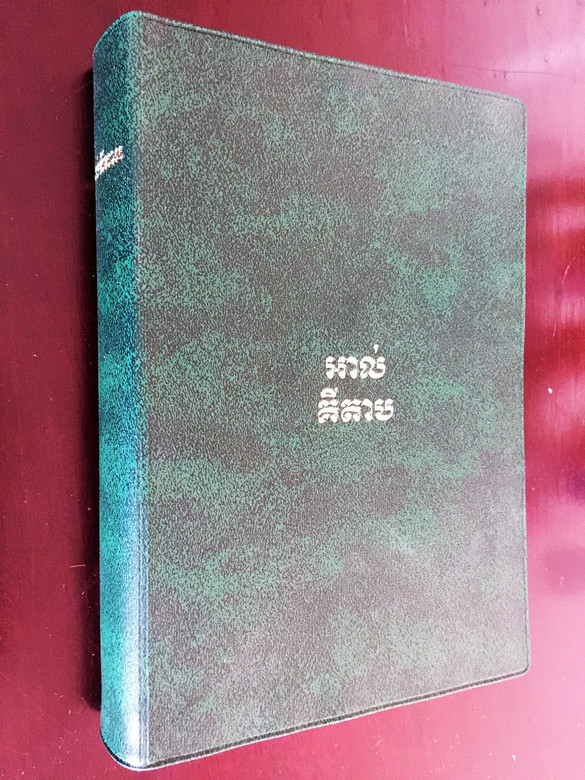 Full Bible great for outreach to the Cham People of Cambodia 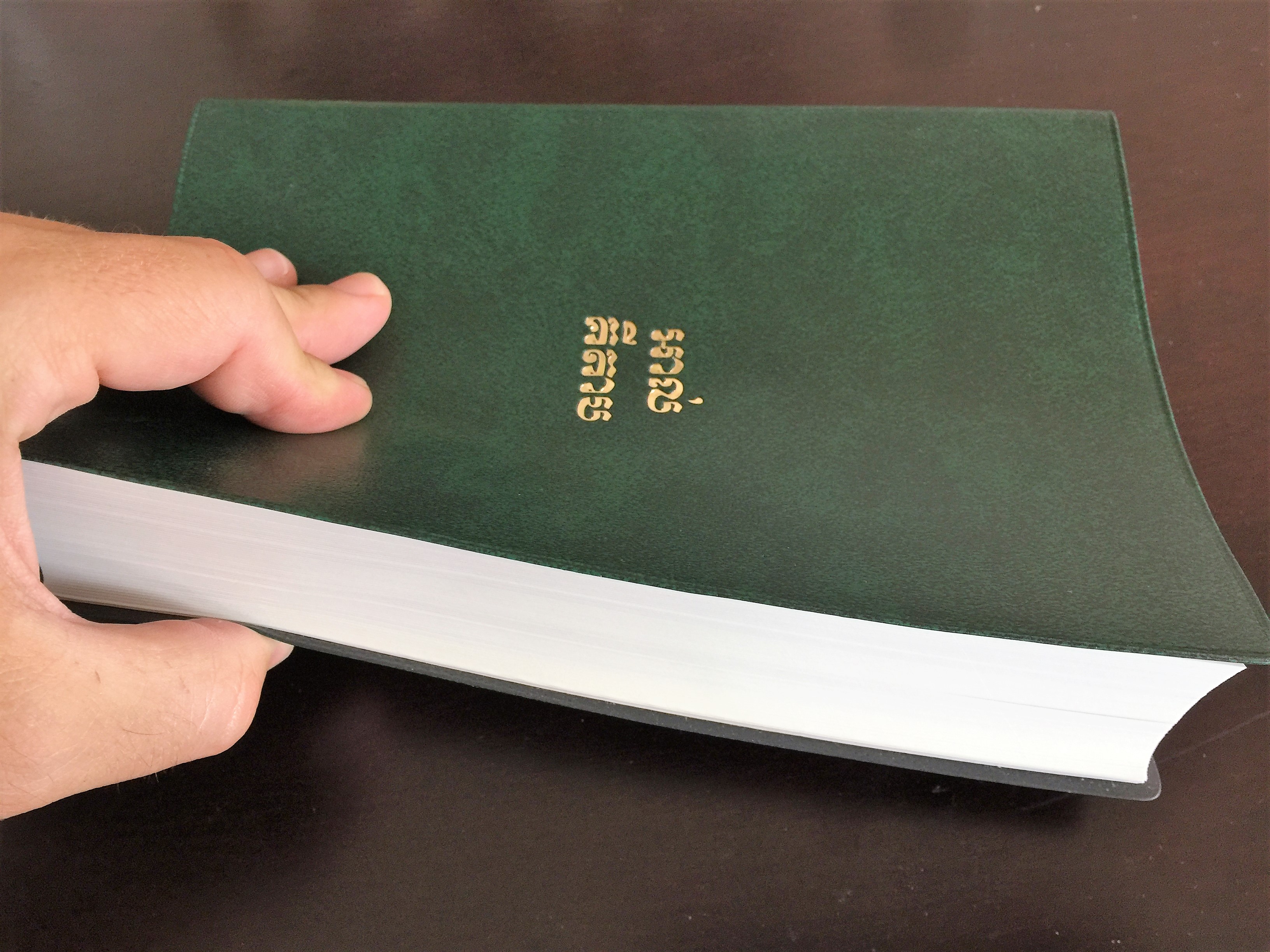 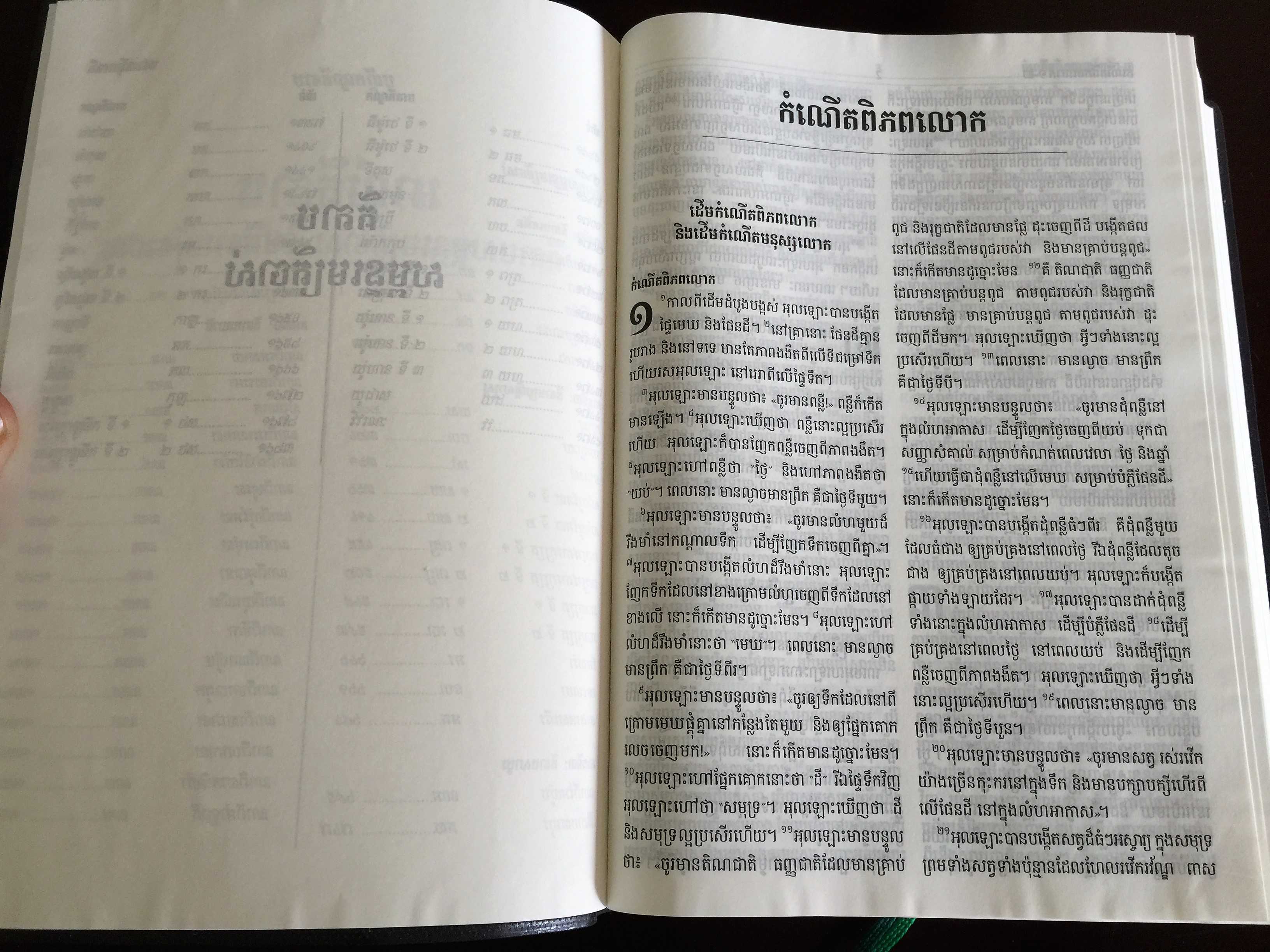 The Cham are descendants of a sea-faring Austronesian people from the islands of Southeast Asia who, 2000 years ago, began settling along the central coast of present-day Vietnam and, by 200 AD, had begun building the various polities that would become the kingdom of Champa, which at its zenith from the eighth to tenth centuries controlled most of what is today the south of Vietnam and exerted influence as far north as present-day Laos. Primarily a coastal, maritime kingdom, Champa was a contemporary and rival of the Khmer Empire of Angkor. During the ninth through 15th centuries, the relationship between Champa and the Khmer ranged from that of allies to enemies. During friendly periods there was close contact and trade between the two Indianized kingdoms and intermarriage between the respective royal families. During wartime, many Chams were brought into Khmer lands as captives and slaves. Champa was conquered by Dai Viet (Vietnam) in the late 15th century and much of its territory was annexed while thousands of Cham were enslaved or executed. This resulted in mass migrations of Chams. The Cham king fled to Cambodia with thousands of his people while others escaped by boat to Hainan (Utsuls) and Aceh (Acehnese people). These migrations continued for the next 400 years as the Vietnamese slowly chipped away at the remains of Champa until the last vestige of the kingdom was annexed by Vietnam in the late 19th century.

The Cham in Cambodia number approximately a quarter of a million and often maintain separate villages although in many areas they live alongside ethnic Khmers. Cham have historically been concentrated in the southeast of the country where they've lent their name to Kampong Cham Province which, prior to a provincial restructuring in 2013, extended to the Vietnamese border and was the second most populated province in Cambodia. Primarily fishermen or farmers, the Cham are believed by many Khmer to be especially adept at certain spiritual practices and will sometimes be sought out for healing or tattooing. Cham people in Cambodia maintain a distinctive dress and speak the Western Cham language which, due to centuries of divergence, is no longer mutually inteligible with the Eastern Cham language spoken by Cham in neighboring Vietnam. Cambodian Cham was historically written in the Indic-based Cham alphabet, but it is no longer in use, having been replaced by an Arabic-based script. 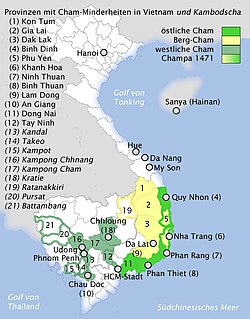 While the Cham in Vietnam still follow traditional Shivaite Hinduism, most (an estimated 90%) Cham in Cambodia are ostensibly followers of Sunni Islam. Interaction between those who are Muslim and those who are Hindu is often taboo. Intermarriage between Khmers and Chams has taken place for hundreds of years. Some have assimilated into mainstream Khmer society and practice Buddhism.  The Cham were one of the ethnic groups marked as targets of persecution under the Khmer Rouge rule of Cambodia. Their very existence was declared to be illegal. Cham villages were destroyed and the people were either forced to assimilate or summarily executed. Estimates of Chams killed from 1975 to 1979 range as high as 90,000, including 92 of the country's 113 imams.

Since the end of the war and the ouster of the Khmer Rouge, Hun Sen's government has made overtures to the Cham people and now many Cham serve in government or other official positions. However, in spite of the moderate Malay form of Islam traditionally practiced by the Cham, the Cham community has recently turned to the Middle East for funding to build mosques and religious schools, which has brought imams from Saudi Arabia and Kuwait teaching fundamentalist interpretations including Da'Wah Tabligh and Wahhabism. These newly introduced forms of Islam have also influenced Cham dress; Many Cham are forgoing their traditional formal attire in favor of more Middle Eastern or South Asian dress.