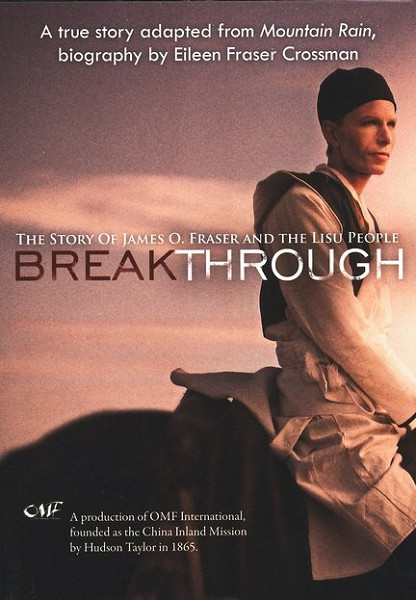 In 1908 a young English college graduate gave up a potential career and fame to serve as a missionary in the remote regions of China. But after six years, there was little response and the mission needed him elsewhere. What would James O. Fraser do? Breakthrough is a deeply inspiring half-hour docudrama which tells the story of how thousands of Lisu people came to faith in Christ. Breakthrough inspires many people -- whether viewed at home, with a college group, small group or church class, during a missions course or any prayer gathering.