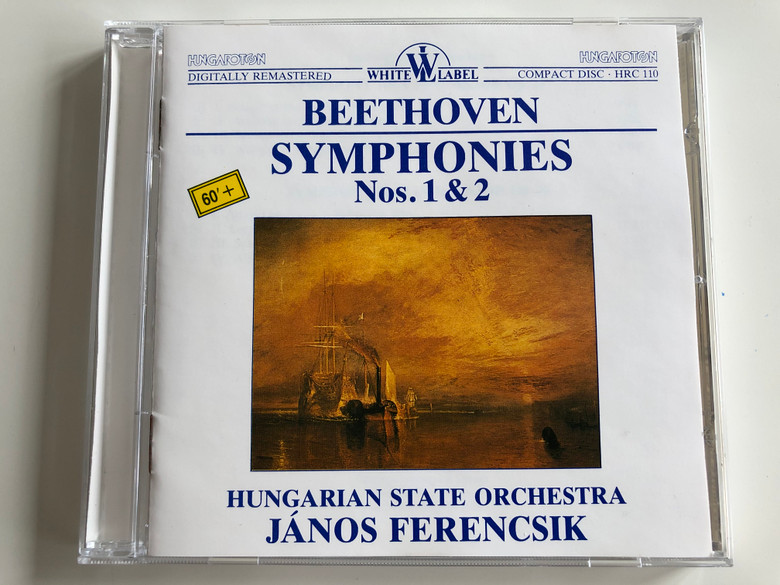 Label: Hungaroton ‎– HRC 110
Series: White Label
Format: CD, Album
Country: Hungary
Released: 1988
Genre: Classical
Reviews of these Symphonies:
The first symphony receives a charming performance, but one that reminds me more than any other of Berlioz’s comment on this score: “Beethoven is not here. We are yet to meet him”. A slow, dreamily teasing introduction leads into a genial account of the first movement, which sounds more Mozartian than ever. The second movement comes across more like old fashioned Haydn. I like the way Ferencsik gives this movement a bit of a ländler feel by leaning into the first beat of each bar. The third movement fails to gambol as it should, though the central trio is lovely. The finale, again sounding overly Mozartian here, is underpowered and misses the Haydnesque humour that Beethoven, at this stage in his career, was so eager to emulate.

Overall this is a pleasant reading, with some passages of lovely detail, but it is too soft around the edges to make an enduring impact. The tuning in the violins goes awry about 2:20 into the third movement and remains problematic for the rest of the performance. The sound picture is decent, with a nice bloom to the strings, though the timpani sound like they are in the next room.

Ferencsik's recording of the second symphony is less successful. The first movement starts gingerly and while it does perk up, the structure feels loose and there is an overall lack of tension and refinement in the string tone. The strings sound much better in the affectionately shaped second movement, which has a charming lilt and features some lovely clarinet playing. The tempo remains stately, but the long lines are carefully phrased and the balancing of parts is well thought out. Still, the violins’ scratchy timbre takes the sheen off what would otherwise be a lovely performance. The third movement is mildly perky, but we are sipping tea when we ordered coffee. The finale is similarly loose of limb. The problem with these two movements derives not from Ferencsik’s deliberate tempi, but from the slack articulation that makes them feel slower than they actually are. All up, this is a rather pedestrian effort, despite moments of lyrical bliss.

Ferencsik was born in Budapest; he actively played music even as a very young boy. He took violin lessons and taught himself to play the organ. He studied at the National Conservatory of Music in Budapest, where his major subjects were organ performance and composition. He joined the Budapest State Opera at the age of twenty, where he was engaged as a rehearsal coach. In this capacity he took part in the Bayreuth Festival in 1930-31.

At Bayreuth, he assisted Arturo Toscanini, an experience which was to be of decisive importance for the remainder of his career. Between the two world wars, he studied in Budapest under such conductors as Arturo Toscanini, Bruno Walter, Felix Weingartner and Wilhelm Furtwängler.

Ferencsik's international career began in 1937. By the end of the 1930s, he became one of the Hungarian Opera's leading conductors. He conducted the farewell concert of Béla Bartók and Ditta Pásztory-Bartók in 1940 in Budapest, just before Bartók had left the continent. His artistic career came to full fruition after 1945, as he was appointed General Music Director of the Budapest Opera, Principal Conductor of the Hungarian National Philharmonic Orchestra in Budapest and, from 1960 until 1967, and the Conductor Chairman of the Budapest Philharmonic Orchestra. From 1948 until 1950, Ferencsik was principal guest conductor of the Vienna State Opera, he was guest conductor of the Los Angeles Philharmonic, and toured widely abroad, conducting on every continent with the exception of Africa,

Ferencsik was a friend of Hungarian composers László Lajtha, Béla Bartók and Zoltán Kodály and was known for his interpretations of their works. Among his many recordings are two of Kodály's Székelyfonó. Notable students include Alexander Raichev. 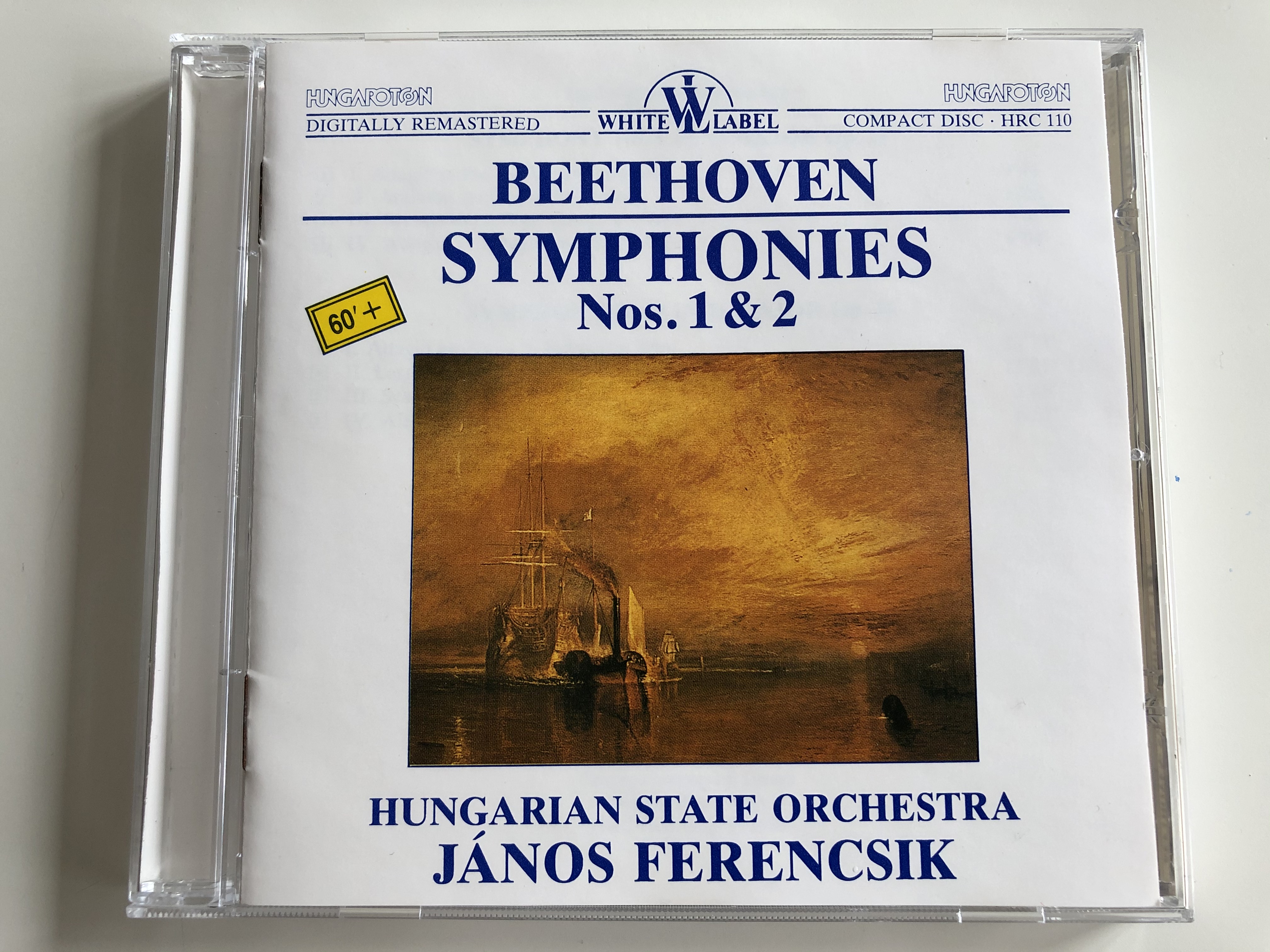 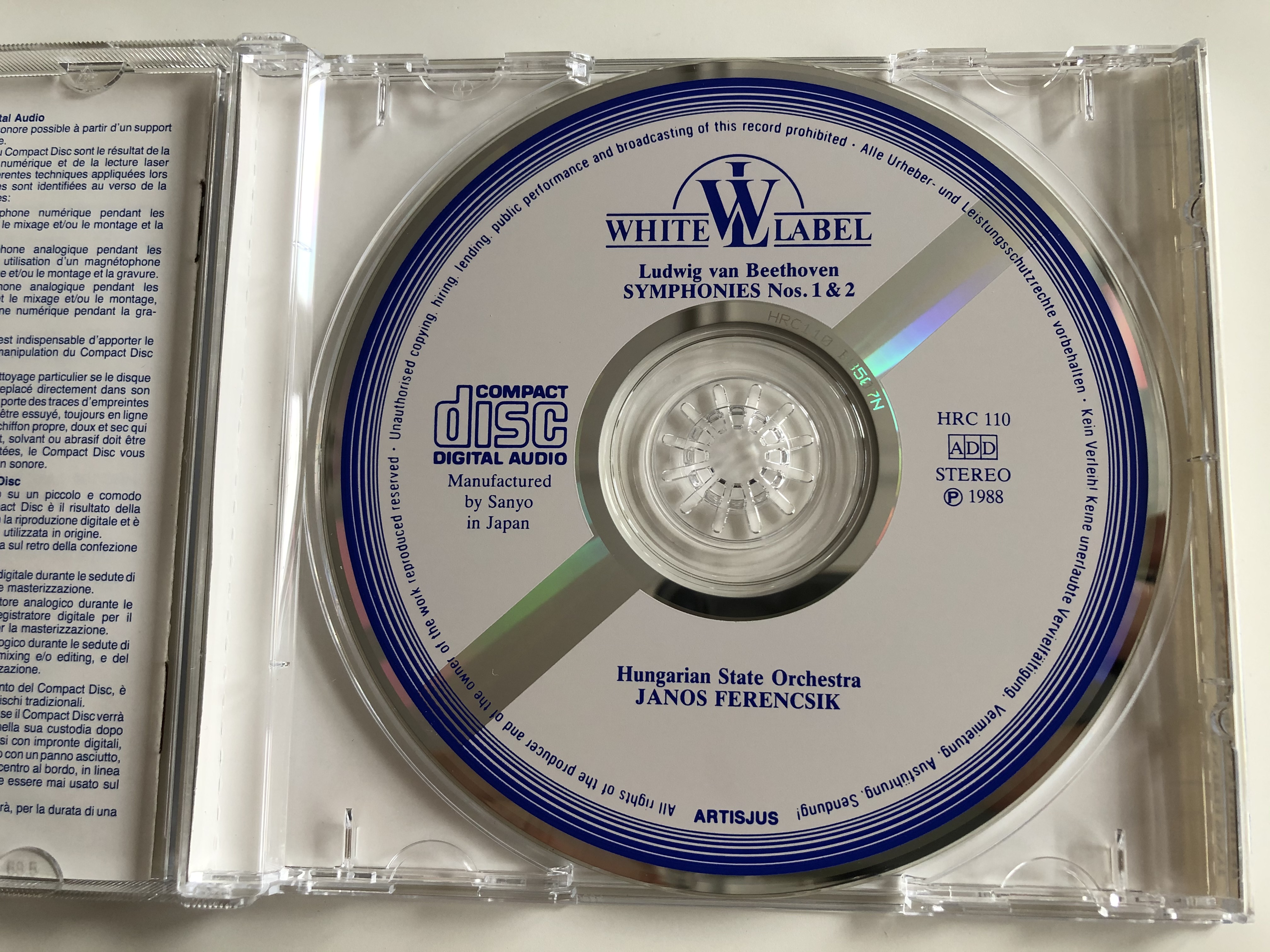 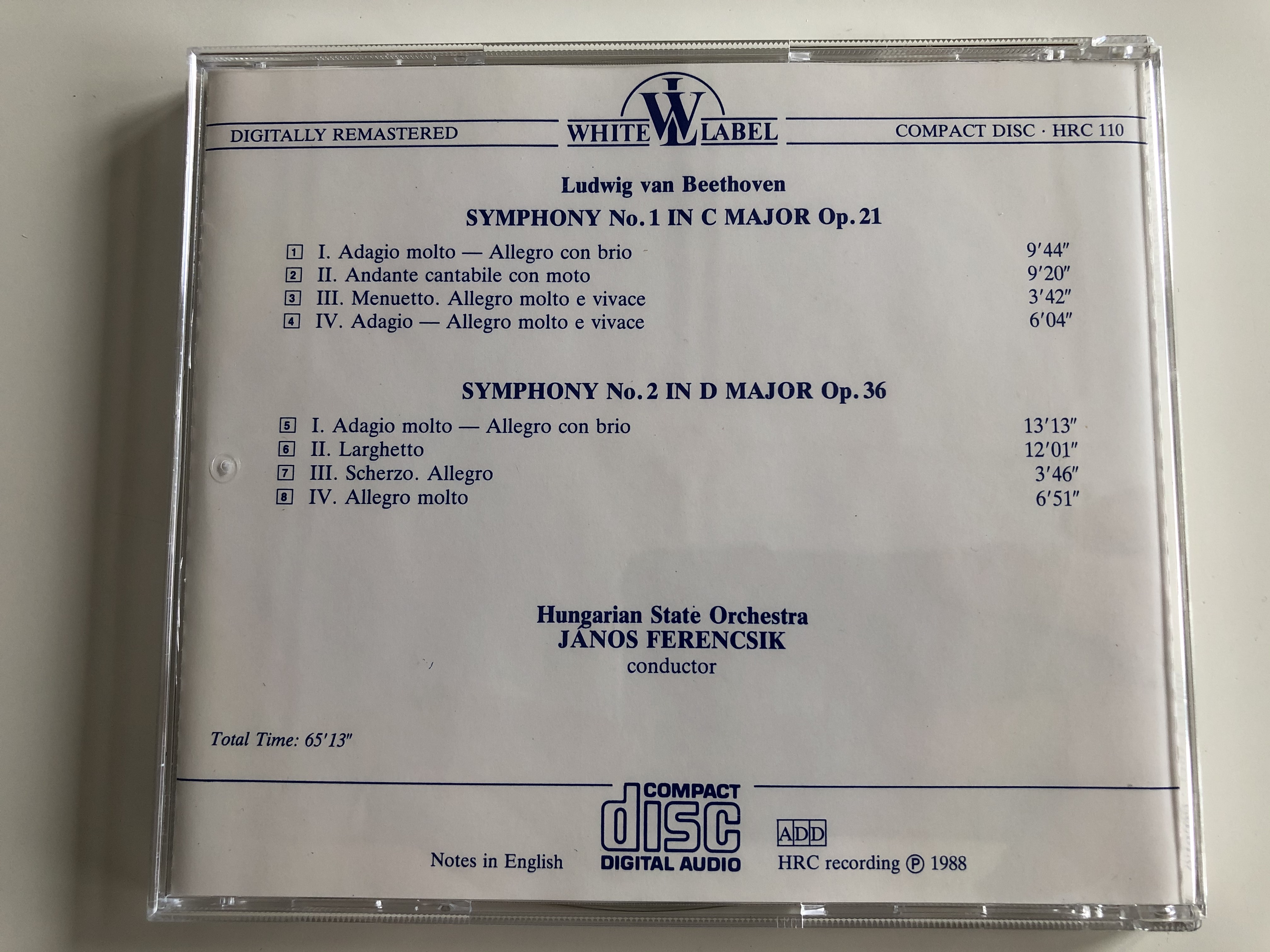