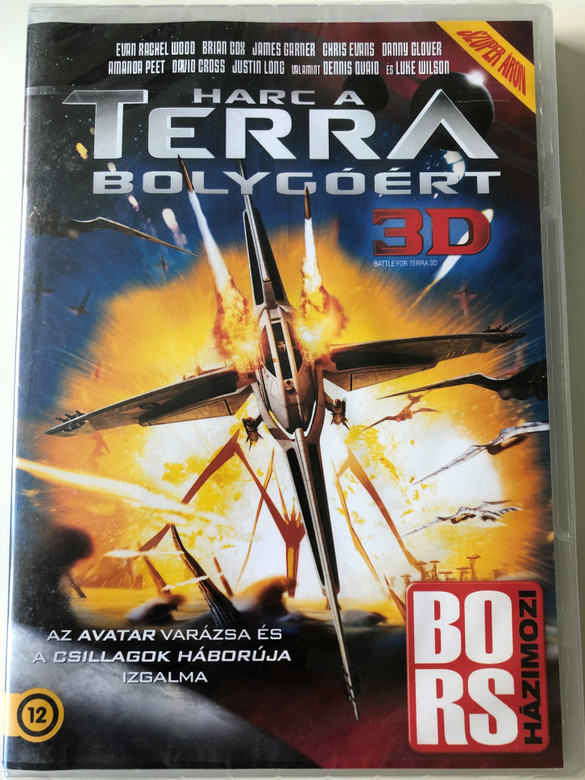 Battle for Terra, originally screened as Terra, is a 2007 American 3D computer animated action-adventure science fiction film, based on the short film Terra, about a race of beings on a peaceful alien planet who face destruction from colonization by the displaced remainder of the human race. The film was directed by Aristomenis Tsirbas who conceived it as a hard-edged live action feature with photo-real Computer-Generated Imagery (CGI) environments. The close collaboration with producing partner and investor Snoot Entertainment redirected the project to become fully animated and appeal to younger audiences. The film features the voices of Evan Rachel Wood, Luke Wilson, Brian Cox and James Garner among others.

Mala (Evan Rachel Wood) and her friend Senn (Justin Long) are young creatures of an alien race that inhabits Terra, a peaceful, near Earth-like planet that is part of a star system in the Milky Way galaxy, and have a rich semi-advanced culture.

One day a large, mysterious object partially blocks the Terrian sun, piquing the Terrians' interest. However, since the Terrian culture bans the development of new technologies, such as telescopes, without the approval of the ruling council, none of the inhabitants are able to get a closer look at the object in their sky.

Mala, who is inventive and headstrong, goes against the rules of her community and creates a telescope, which she takes out into the dark empty area outside the Terrian city and uses to view the object and witnesses smaller objects coming from the large object. Coming down to the city, the small objects are revealed to be some kind of incoming scout spaceships. The scout spaceships fly through the city, and by the time Mala gets back there they have already begun abducting Terrians (with some willingly offering themselves to the scout spaceships mistaking them as their new "gods").