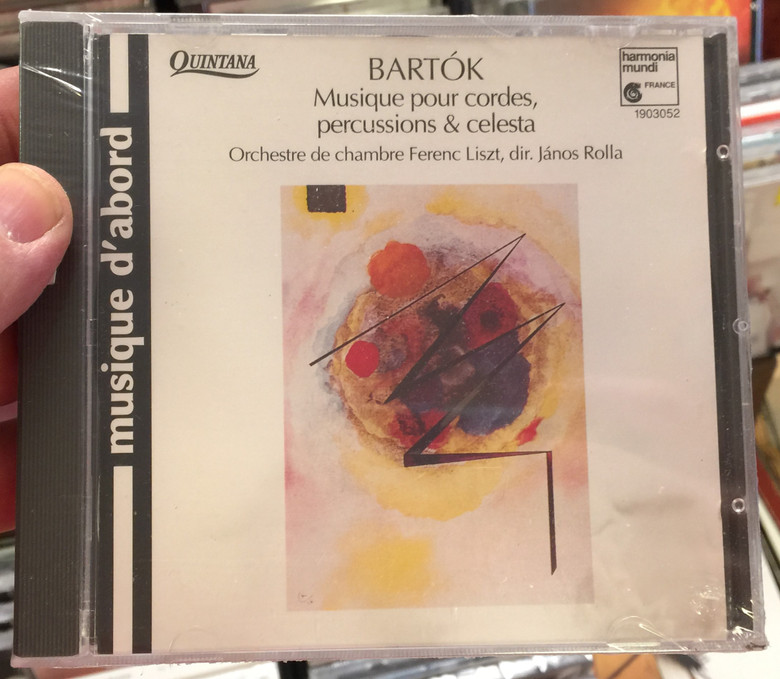 Music for Strings, Percussion and Celesta, Sz. 106, BB 114 is one of the best-known compositions by the Hungarian composer Béla Bartók. Commissioned by Paul Sacher to celebrate the tenth anniversary of the chamber orchestra Basler Kammerorchester, the score is dated September 7, 1936.

The work was premiered in Basel, Switzerland on January 21, 1937 by the chamber orchestra conducted by Sacher, and it was published the same year by Universal Edition.

Bartók wrote some of his finest music for the Swiss conductor Paul Sacher, in whom he found a particularly sympathetic champion. Music for Strings, Percussion and Celesta, written for Sacher in 1936, explores with great refinement and mastery the musical concepts that Bartók had been developing since the mid-'20s. In the Piano Concerto No. 1, Bartók explored the percussive elements of the piano, coupling it effectively with percussion only in the introduction to the concerto's slow movement. In Music for Strings, Percussion and Celesta, Bartók ingeniously sets the piano with the percussion instruments, where its melodic and harmonic material functions in support of the two string choirs.

Since the early '30s, Bartók had also incorporated elements of Baroque music into his compositions, inspired partly by his exploration of pre-Classical keyboard composers such as Scarlatti, Rameau and Couperin. In reflection of this, Music for Strings, Percussion and Celesta evokes the Baroque concerto grosso, with its two antiphonal string orchestras separated by a battery of tuned and untuned percussion instruments. The work's prosaic title was actually just a working title which was subsequently allowed to stand.

The opening movement, Andante tranquillo, is a slow fugue on a chromatic melody that springs from a five-note cell, each subsequent phrase growing in length and elaborating on its predecessor. At this point, the two string orchestras play together. As the string voices accumulate, the fugue's texture increases in complexity and the chromatic implications of the theme are brought to a rigorously dissonant fulfillment. The fugue climaxes at its apogee with an ominous rumble from the timpani and a loud stroke on the tam-tam. As the fugue folds in upon itself the celesta makes its first entrance with an arpeggiated chord, mysterious and remote. The work subsequently grows from the motivic material explored in this first movement.

Bartók deploys antiphonal string choirs for the second movement, a fast, fugitive piece in which the two orchestras chase each other through a breathtaking series of elaborations on the main theme. In the percussion section, piano, xylophone, and harp take the lead while two side drums (with and without snares) provide emphatic punctuation. The third movement is one of Bartók's most accomplished "night music" pieces, with cricket-like notes from the xylophone, eerie timpani glissandi, fragmentary murmurs, and frightened exclamations from the strings, along with the always-mysterious notes of the celesta floating clear and sphinx-like over the nocturnal weft. The finale, a dance of energy and abandon, restores the antiphonal deployment of the strings and juxtaposes the diatonic aspects of the work's main theme with its chromatic elements. There are also some striking touches like the furious, strummed four-note chords in the violins, violas and cellos that opens the movement, a theme midway through that is based on a repeated note first hammered out on piano and xylophone, and then a grand peroration of the initial fugue theme, now with its intervals doubled and richly harmonized. In the quick coda there is a brief, suspended moment ("a tempo allargando") before the work tumbles to a conclusion in unabashed A major. 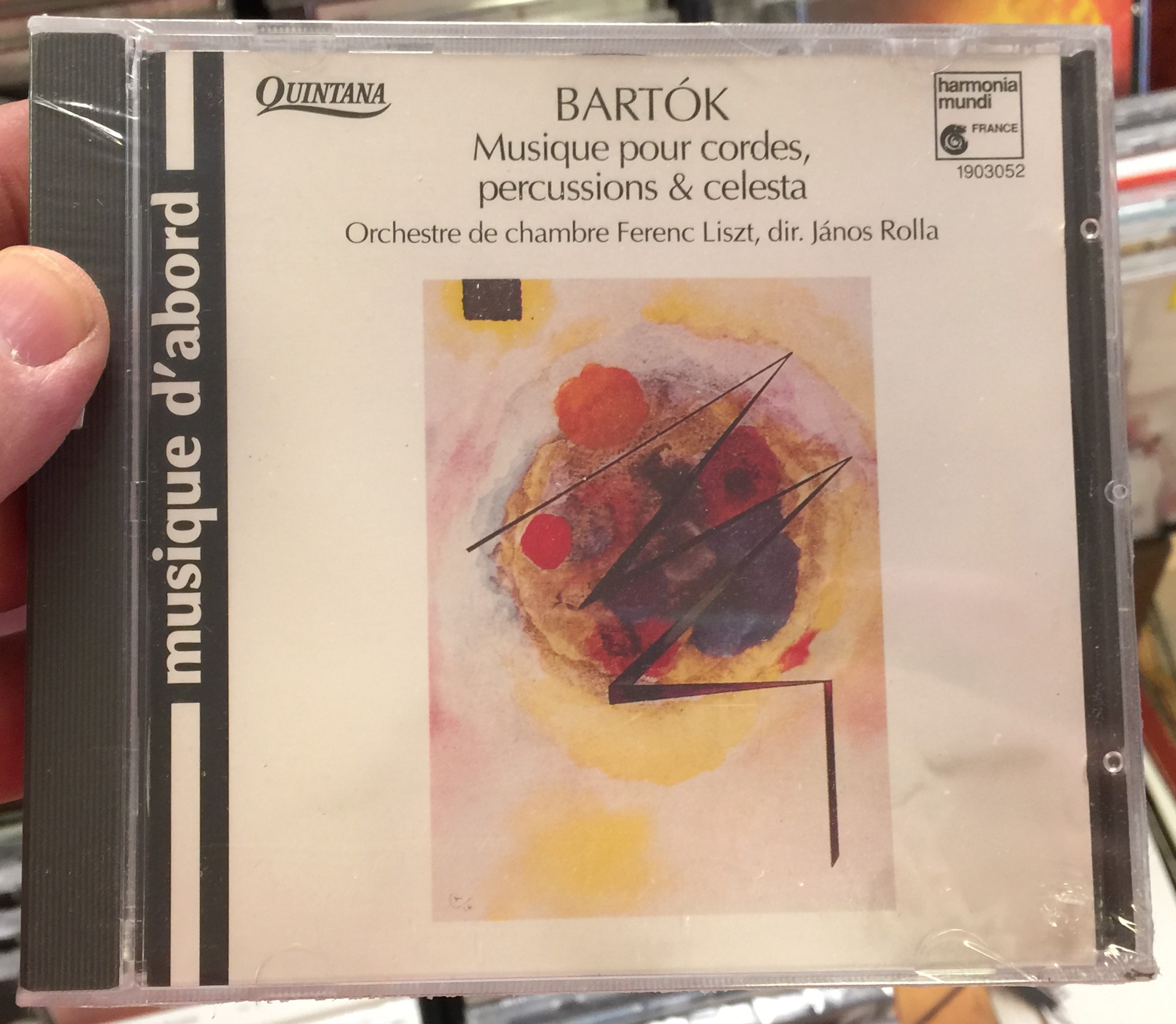 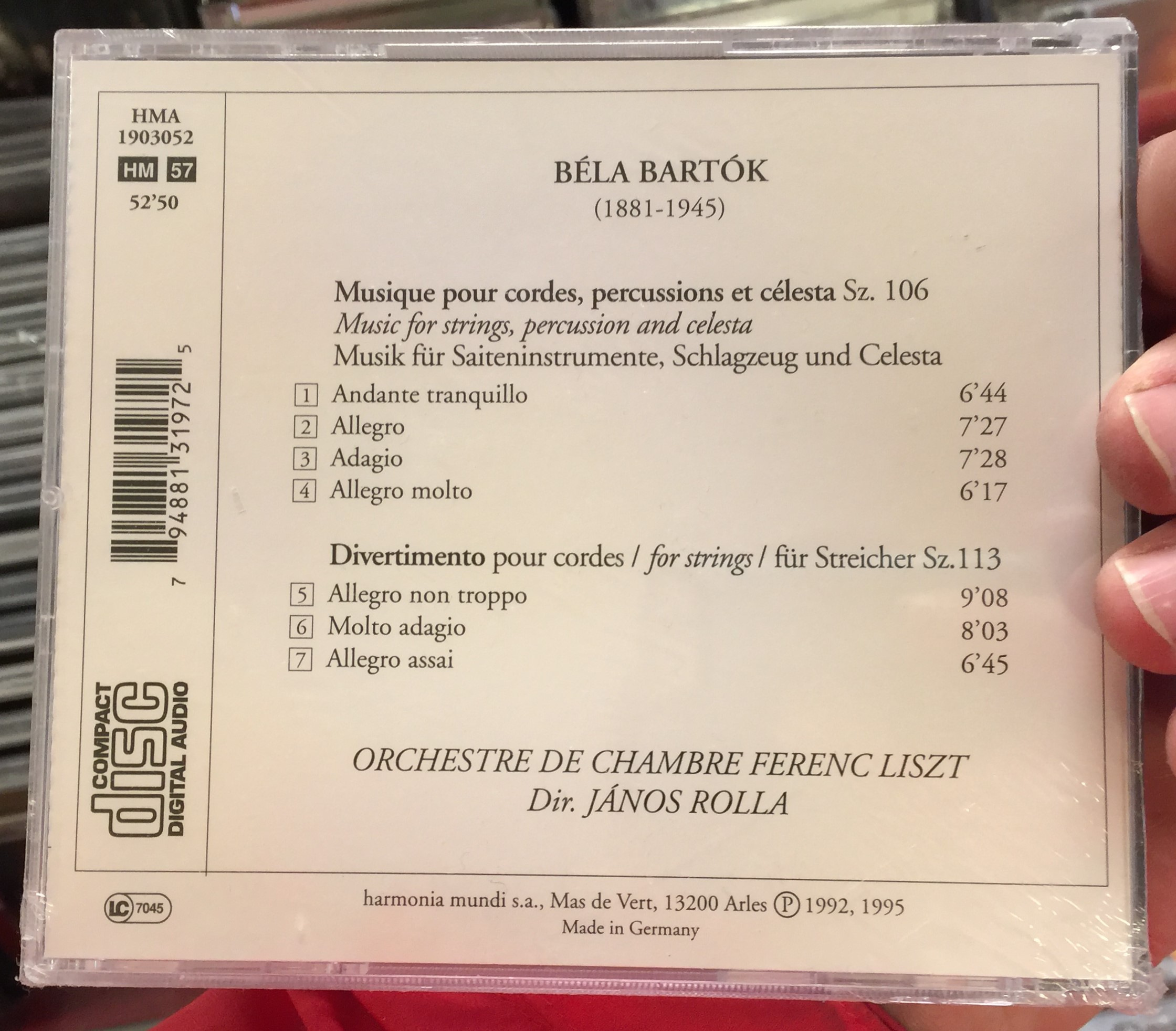