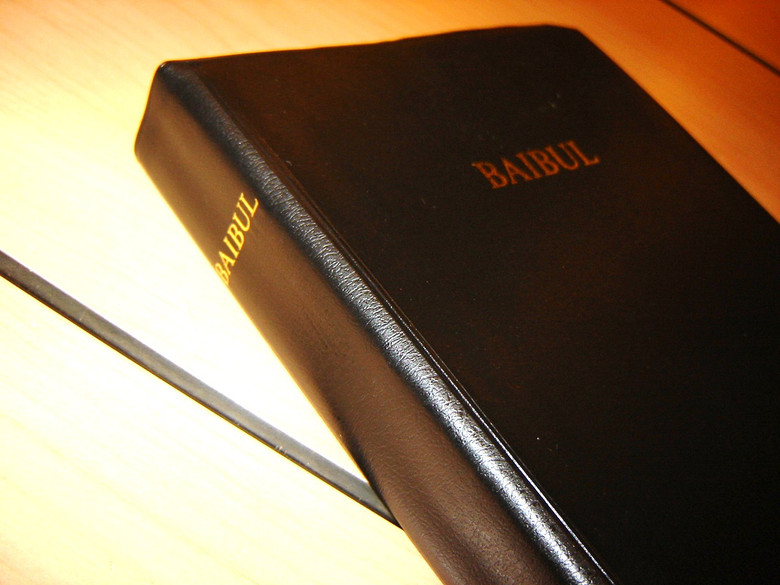 Baibul / The Bible in Lango Language a new translation 052P / Buk Obana Acil ame olwono ni Baibul ame ogeo loko i leb Lano / Cik Acon and Cik Anyen / Lango a language of Uganda Lango (also called Lwo, Lwoo, or Leb-Lango,) is a Western Nilotic language of the Luo branch, spoken by the Langi people in Uganda. It is mostly spoken in Lango sub-region, in the Northern Region. Spoken by approximately 1.8 million speakers, it makes up for about five percent of the population of Uganda. An orthography for it using the Latin script has been introduced and is taught in primary schools. Lango is also the name of several other unrelated Nilotic languages spoken in Sudan.