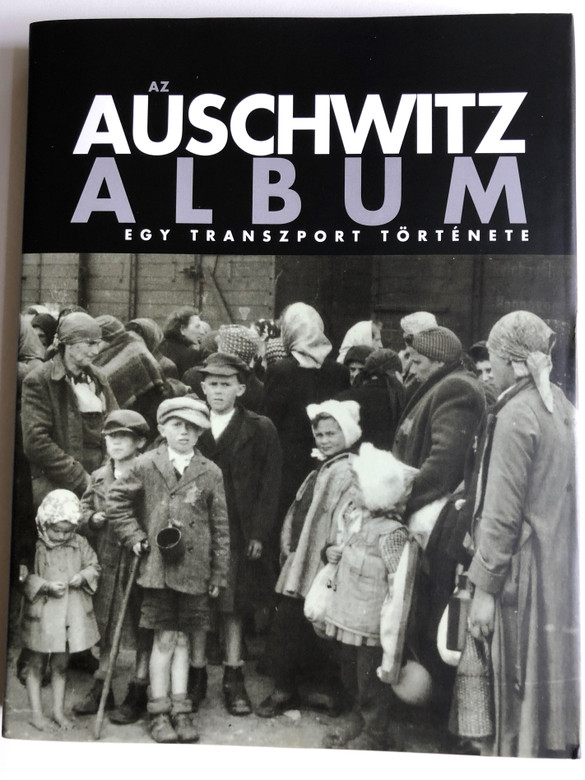 This album, an extraordinary find, was originally discovered during the tumult of the first days after the liberation. It reveals how two SS photographers documented the arrival of shipments of Jews to the platform in the Birkenau concentration camp, the selection process, and their path to the gas chambers and the crematoria. The photographs also memorialize the piles of possessions left by the Jews which were sorted in the 'Canada' Barracks. They are accompanied by three articles that describe the development of the camp, the Holocaust of Hungarian Jewry, and the story of how the album was found; a fourth focuses on the camera as a historical tool. The 189 pictures, arranged in chronological order and reproduced in this album for the first time, are unusually powerful, not least because 70% of the people shown have been identified.

The Auschwitz Album is a photographic record of the Holocaust during the Second World War. It and the Sonderkommando photographs are the only known pictorial evidence of the extermination process inside Auschwitz II-Birkenau, the German extermination camp in occupied Poland.

The album has 56 pages and 193 photographs. Originally, it had more photographs, but before being donated to Yad Vashem, the Holocaust museum in Israel, some of them were given to survivors who recognized relatives and friends.

The Auschwitz Album is the only surviving visual evidence of the process leading to the mass murder at Auschwitz-Birkenau. It is a unique document and was donated to Yad Vashem by Lilly Jacob-Zelmanovic Meier.

The photos were taken at the end of May or beginning of June 1944, either by Ernst Hofmann or by Bernhard Walter, two SS men whose task was to take ID photos and fingerprints of the inmates (not of the Jews who were sent directly to the gas chambers). The photos show the arrival of Hungarian Jews from Carpatho-Ruthenia. Many of them came from the Berehovo Ghetto, which itself was a collecting point for Jews from several other small towns.

Early summer 1944 was the apex of the deportation of Hungarian Jewry. For this purpose a special rail line was extended from the railway station outside the camp to a ramp inside Auschwitz. Many of the photos in the album were taken on the ramp. The Jews then went through a selection process, carried out by SS doctors and wardens. Those considered fit for work were sent into the camp, where they were registered, deloused and distributed to the barracks. The rest were sent to the gas chambers. They were gassed under the guise of a harmless shower, their bodies were cremated and the ashes were strewn in a nearby swamp. The Nazis not only ruthlessly exploited the labor of those they did not kill immediately, they also looted the belongings the Jews brought with them. Even gold fillings were extracted from the mouths of the dead by a special detachment of inmates. The personal effects the Jews brought with them were sorted by inmates and stored in an area referred to by the inmates as "Canada": the ultimate land of plenty.

The photos in the album show the entire process except for the killing itself.

The purpose of the album is unclear. It was not intended for propaganda purposes, nor does it have any obvious personal use. One assumes that it was prepared as an official reference for a higher authority, as were photo albums from other concentration camps.

Lilly never hid the album and news of its existence was published many times. She was even called to present it as testimony at the Auschwitz trials in Frankfurt during the 1960s. She kept it all the years until the famous Nazi-hunter Serge Klarsfeld visited her in 1980, and convinced her to donate the album to Yad Vashem.

In 1994 the album was restored in Yad Vashem's conservation laboratory and information on each one of the photos was typed into the computerized databank of the archive. The staff of the archive was able to compare and match the pictures with aerial photos taken by the US Army Air Force on several occasions in 1944-45. In 1999 the entire album was scanned with the highest quality digital equipment.

There are 56 pages and 193 photos in the album. Some of the original pictures, presumably those given by Lilly to survivors who had identified relatives in the photographs, are missing. One of these pictures was recently donated to Yad Vashem.

Encyclopedia of the Holocaust, Tel-Aviv, 1990.

Greif, Gideon, We Wept without Tears, Testimonies of the Jewish Sonderkommando from Auschwitz 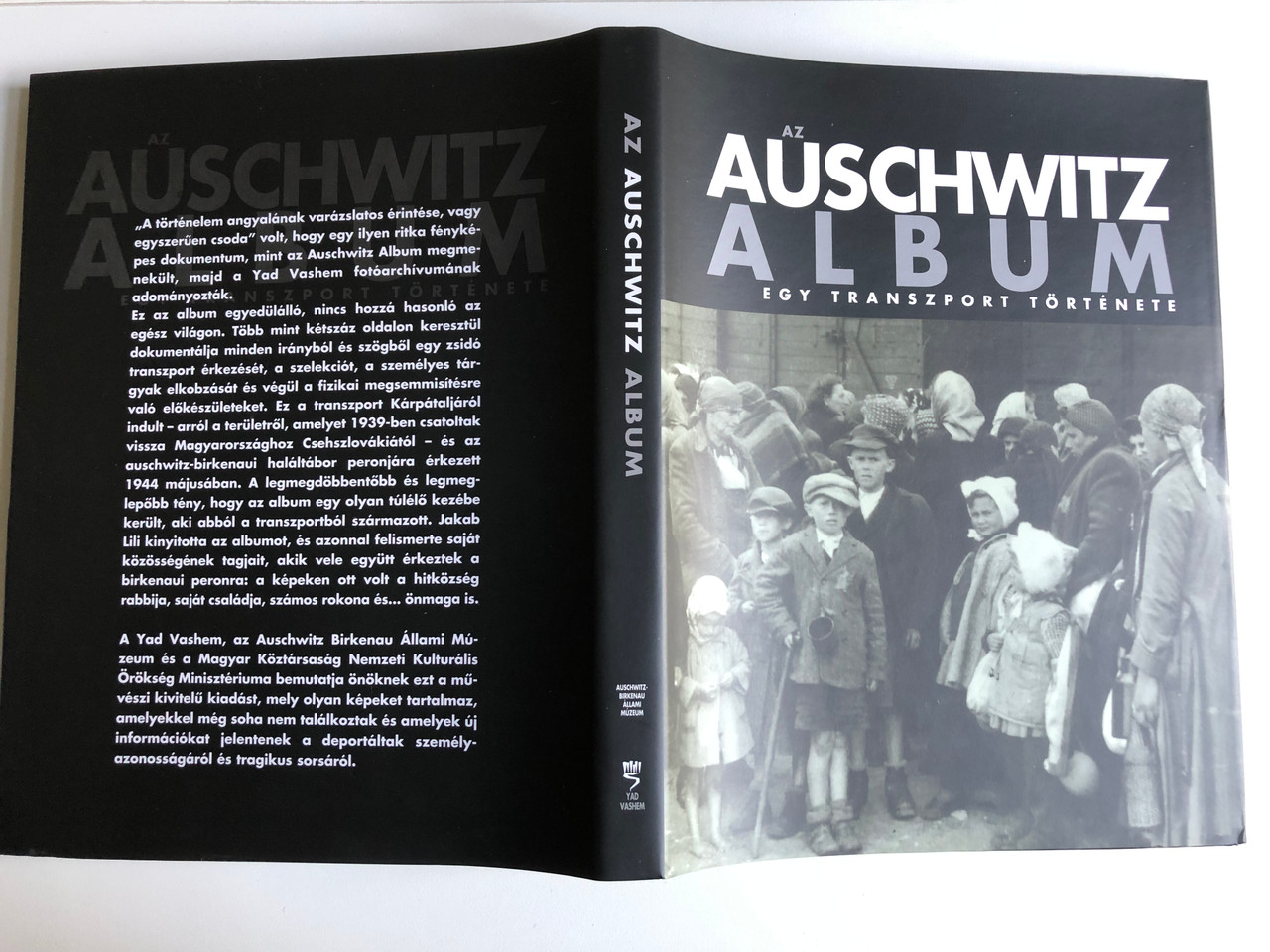 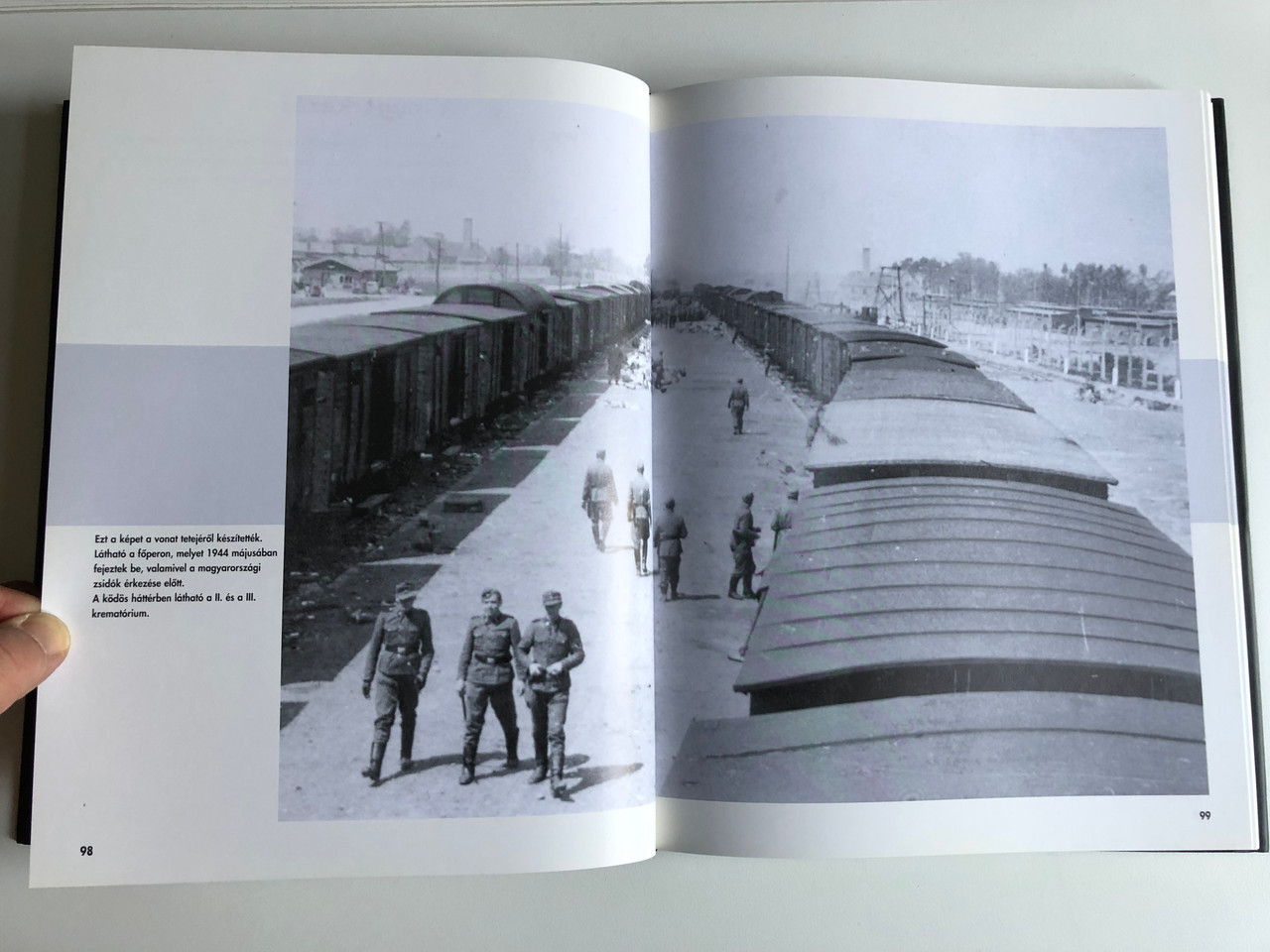 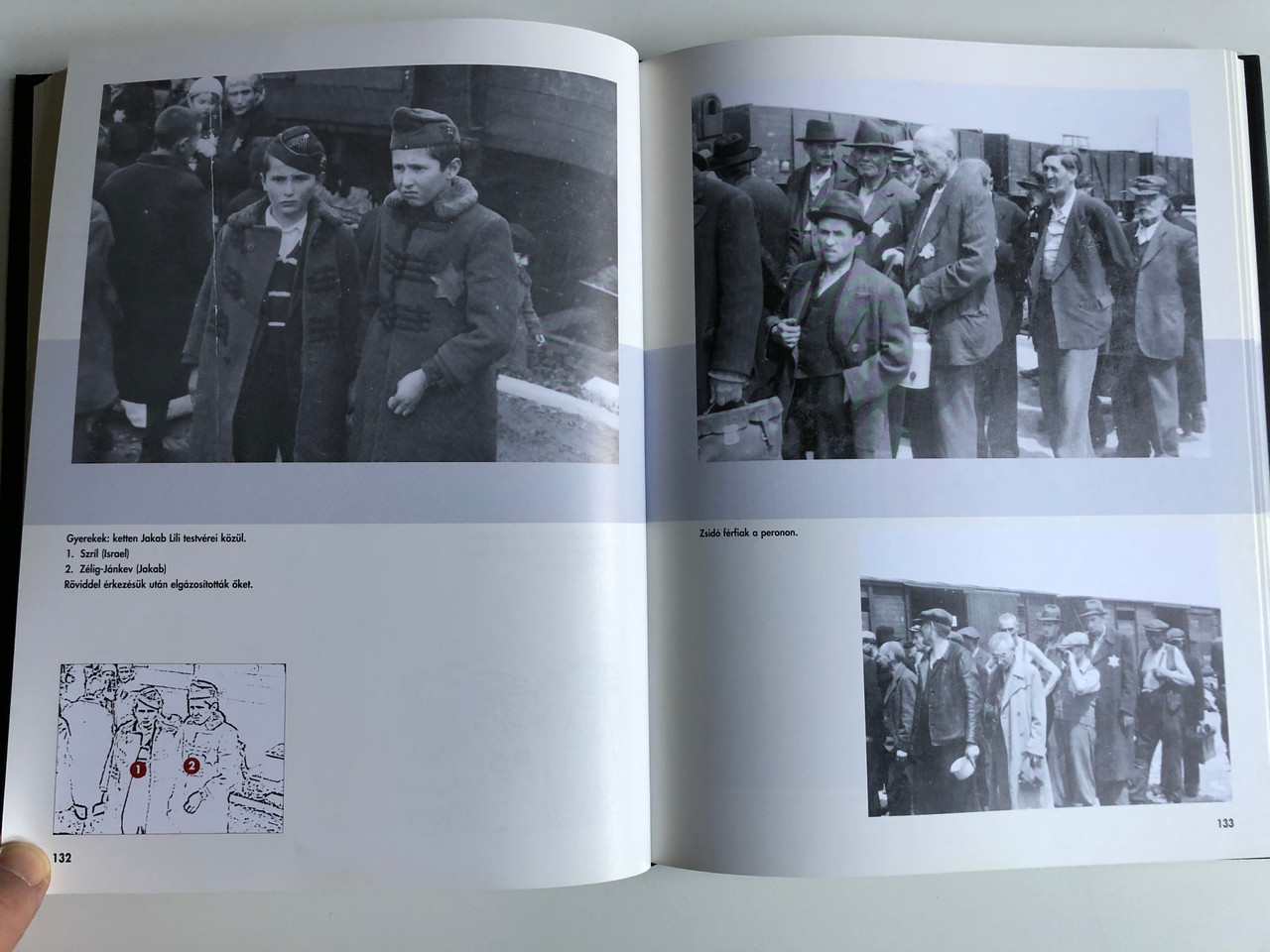 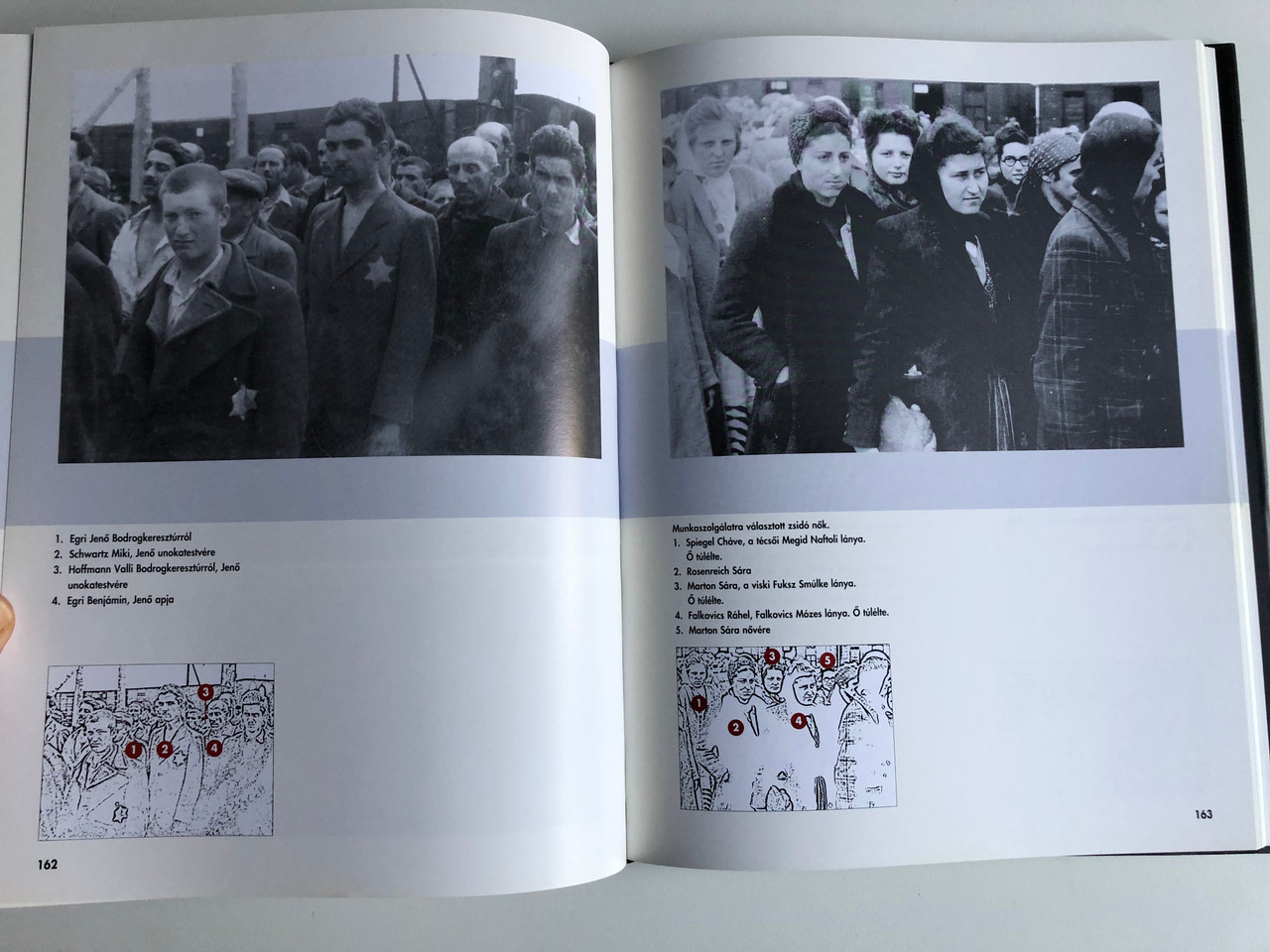