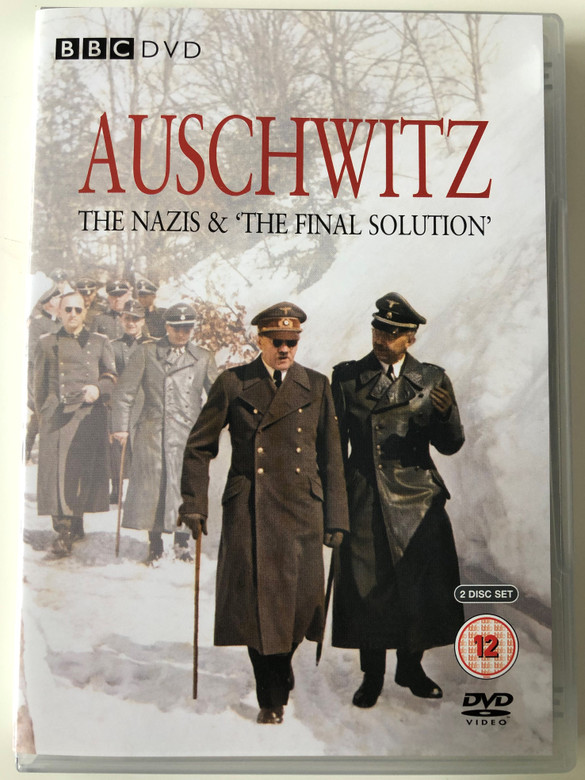 Auschwitz: The Nazis and 'The Final Solution' is a BBC six-episode documentary film series presenting the story of Auschwitz concentration camp. It combined interviews with former inmates and guards with authentic re-enactments of relevant events. It was first televised on BBC Two[1] on 11 January 2005. In the United States, this series first aired on PBS television stations as Auschwitz: Inside the Nazi State in early 2005 and was released, under that title, in a 2-DVD box set (Region 1), by BBC Warner, on 29 March 2005

Series that marked the 60th anniversary Auschwitz's liberation, telling the concentration camp's story through interviews with former inmates and guards and dramatic re-enactments.

The series uses four principal elements: rarely seen contemporary colour and monochrome film from archives, interviews with survivors such as Dario Gabbai and former Nazis such as Oskar Gröning, computer-generated reconstructions of long-demolished buildings as well as detailed, historically accurate re-enactments of meetings and other events. These are linked by modern footage of locations in and around the site of the Auschwitz camp.

Laurence Rees stressed that the re-enactments were not dramatisations but exclusively based on documented sources:

There is no screenwriter… Every single word that is spoken is double — and in some cases triple — sourced from historical records.