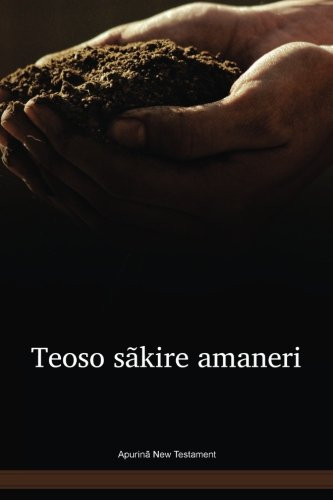 Apurinã (Ipurina) is a Southern Maipurean language spoken by the Apurinã people of the Amazon basin. It has an active–stative syntax. Apurinã is a Portuguese word used to describe the Popikariwakori people and the language they speak (Facundes 34, 2000). Apurinã indigenous communities are predominantly found along the Purus river in the Northwestern Amazon region in Brazil, in the Amazonas state (Pickering 2, 2009). Its population is currently spread over twenty-seven different indigenous lands along the Purus river (Apurinã PIB). with an estimated population of 9,500 people in total. It is predicted however that less than 30% of the Apurinã population is able to speak the language fluently (Facundes 35, 2000). A definite number of speakers cannot be firmly determined due to a regional scattered presence of its people. The spread of Apurinã speakers to different regions was due initially to conflict or disease, which consequently led natives to lose the ability to speak the language due to lack of practice and interactions with other communities. Secondly, as a consequence of violence and oppression towards indigenous people, some natives and descendants choose to not identify themselves as indigenous further reducing the number of people that are categorized as speaking the language (Facundes 23, 2000). The consequence of this low transmission and cultivation of the language results is the risk of endangerment. The endangerment level of Apurinã is currently at level 3 (Facundes 4, 2000), meaning that although adults still speak the language, children are no longer being exposed to it and are being taught Portuguese or Spanish instead. This could consequently lead to a further reduction in the number of people that speak the language over the years and eventually lead it go become extinct.