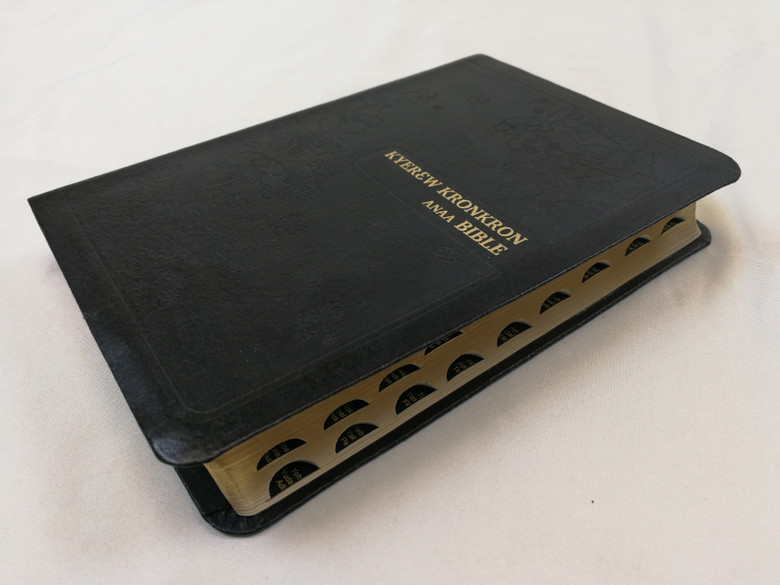 Akuapem's history as a literary dialect originates with its selection to serve as the basis of the Akan translation of the New Testament, published in 1870 with a second edition in 1878, and the entire Bible, published in 1871. Both were written by the Gold Coast Basel Mission, principally by German missionary and linguist Johann Gottlieb Christaller and native Akan linguists and missionaries David Asante, Theophilus Opoku, Jonathan Palmer Bekoe, and Paul Keteku.

Despite the publication of the Bible, Akan literacy would not be widespread among the Akan for some time, nor even among the European colonizers. For instance, when British officer Sir Garnet Wolseley, who was and still is known in Ghana as "Sargrenti" (a corruption of "Sir Garnet"), began his campaign into Ghana during the Third Anglo-Ashanti War in 1873, he intended to address his summons to war to Asante king Kofi Karikari in English and Asante, only to find that, to their knowledge, "no proper written representation of the Fante or Asante dialect existed", delaying the dispatch of the summons for almost two weeks; all this even though an Akuapem New Testament had existed for three years and the entire Bible for two.