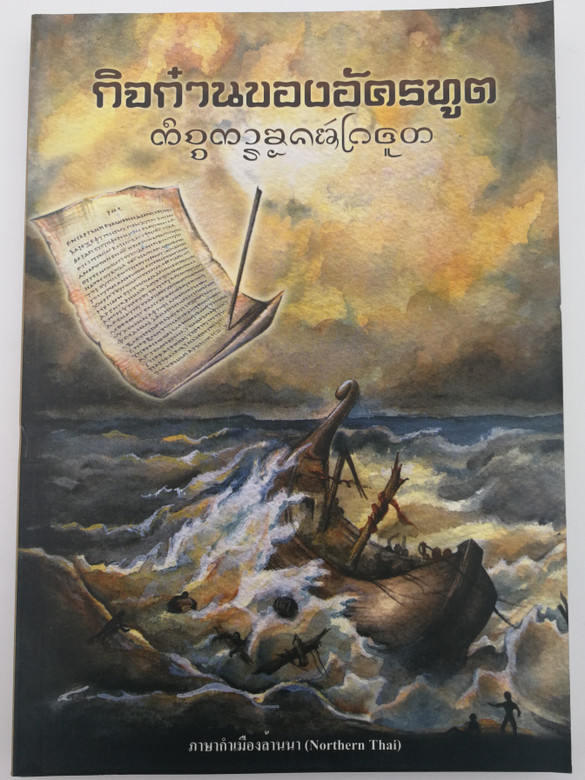 The Acts of the Apostles (Koinē Greek: Πράξεις Ἀποστόλων, Práxeis Apostólōn; Latin: Actūs Apostolōrum), often referred to simply as Acts, or formally the Book of Acts, is the fifth book of the New Testament; it tells of the founding of the Christian church and the spread of its message to the Roman Empire.[2]

Acts and the Gospel of Luke make up a two-part work, Luke–Acts, by the same anonymous author, usually dated to around 80–90 AD.[3][4] The first part, the Gospel of Luke, tells how God fulfilled his plan for the world's salvation through the life, death, and resurrection of Jesus of Nazareth, the promised Messiah. Acts continues the story of Christianity in the 1st century, beginning with Jesus's ascension to Heaven. The early chapters, set in Jerusalem, describe the Day of Pentecost (the coming of the Holy Spirit) and the growth of the church in Jerusalem. Initially, the Jews are receptive to the Christian message, but later they turn against the followers of Jesus. Rejected by the Jews, the message is taken to the Gentiles under the guidance of the Apostle Peter. The later chapters tell of Paul's conversion, his mission in Asia Minor and the Aegean, and finally his imprisonment in Rome, where, as the book ends, he awaits trial.

, pronounced [käm˧.mɯa̯ŋ˧], ; Thai: คำเมือง, pronounced [kʰām.mɯ̄a̯ŋ]), is the language of the Northern Thai people of Lanna, Thailand. It is a Southwestern Tai language that is phonotactically closely related to Lao. Northern Thai has approximately six million speakers, most of whom live in the native Northern Thailand, with a smaller community of Lanna speakers in northwestern Laos.

Speakers of this language generally consider the name "Tai Yuan" to be pejorative. They refer to themselves as khon mueang (คนเมือง, [xon˧.mɯa̯ŋ˧] - literally "Mueang people"), Lanna, or Northern Thai. The language is also sometimes referred to as phayap (พายัพ, Thai pronunciation: [pʰāː.jáp]), "Northwestern (speech)".

The term Yuan is still sometimes used for Northern Thai's distinctive Tai Tham alphabet, which is closely related to the old Tai Lue alphabet and the Lao religious alphabets. The use of the tua mueang, as the traditional alphabet is known, is now largely limited to Buddhist temples, where many old sermon manuscripts are still in active use. There is no active production of literature in the traditional alphabet. The modern spoken form is called Kam Muang. There is a resurgence of interest in writing it in the traditional way, but the modern pronunciation differs from that prescribed in spelling rules.

From a purely genealogical standpoint, most linguists consider Northern Thai to be more closely related to Central Thai than to Lao or Isan, but the language has been heavily influenced by both Lao and Central Thai throughout history. All Southwestern Tai languages form a coherent dialect continuum of more or less mutually intelligible varieties, with few sharp dividing lines. Nevertheless, Northern Thai has today become closer to the Central Thai language.