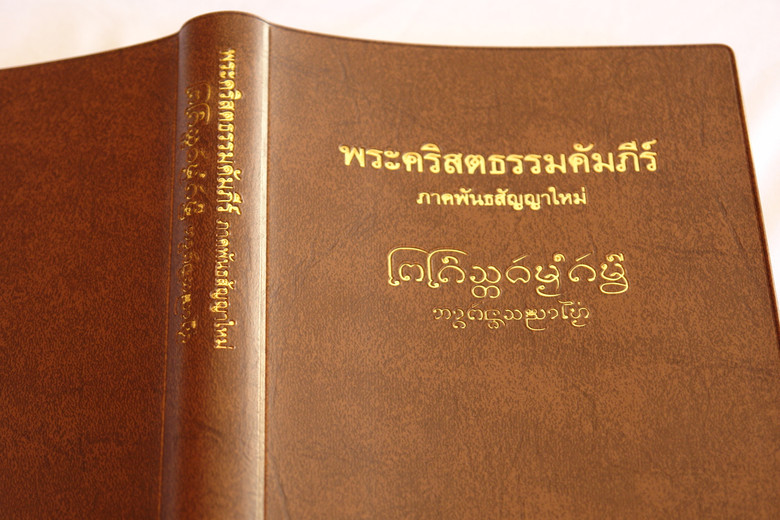 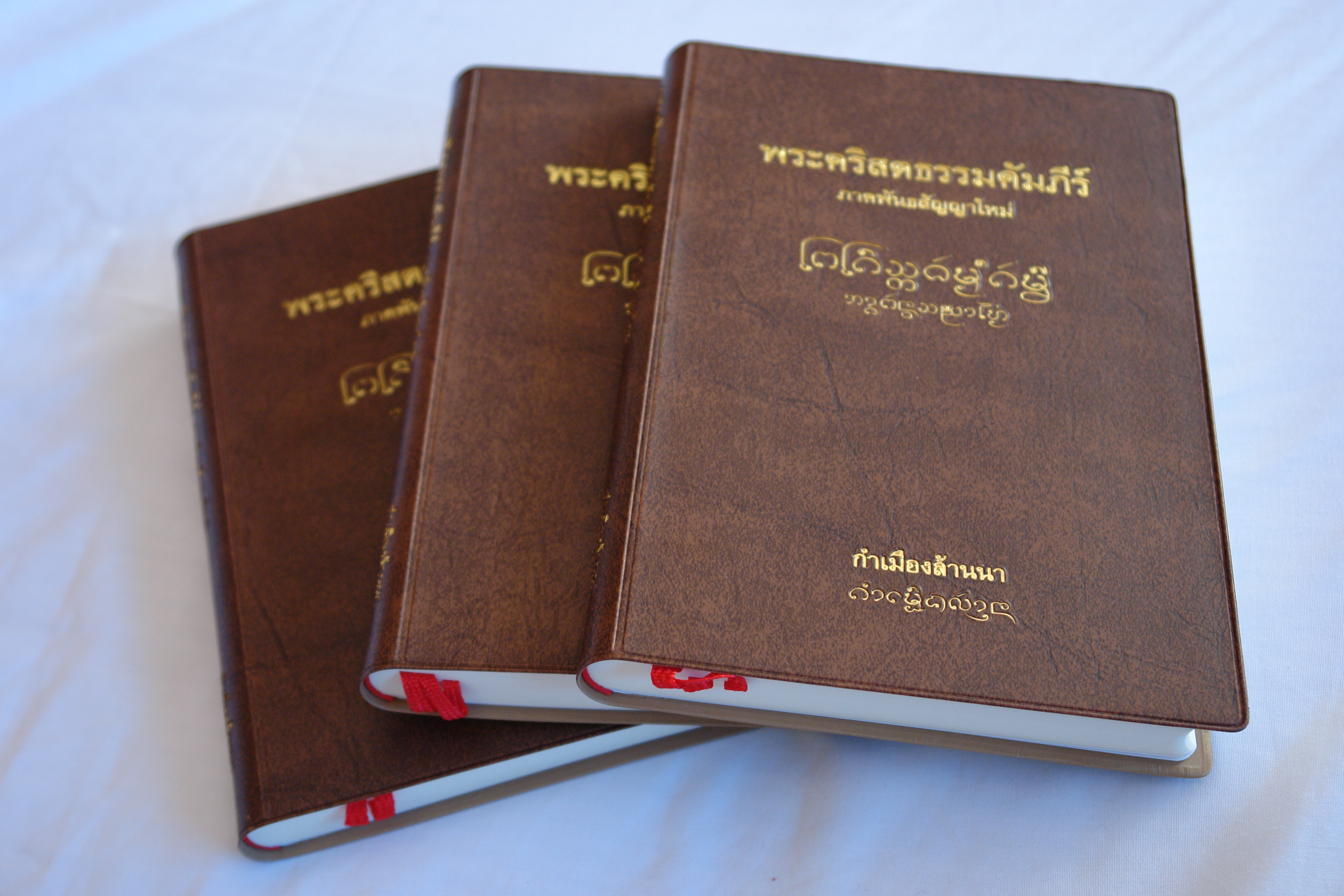 WHY A PARALLEL VERSION? 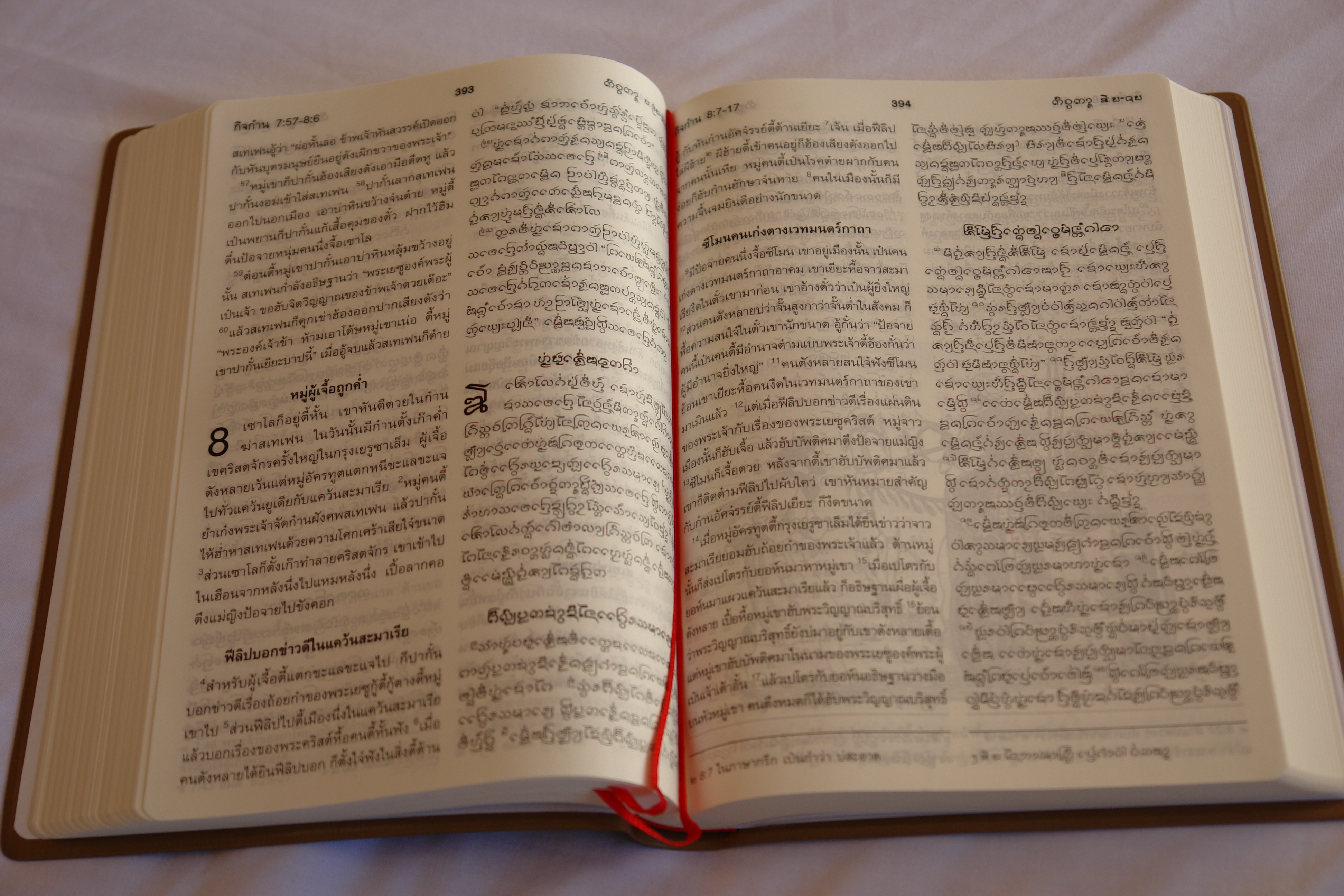 listen, Tai Lü: ᨲᩫ᩠ᩅᨵᨾ᩠ᨾ᩼ , Tham, "scripture"), is used for three living languages: Northern Thai (that is, Kham Mueang), Tai Lü and Khün. In addition, the Lanna script is used for Lao Tham (or old Lao) and other dialect variants in Buddhist palm leaves and notebooks. The script is also known as Tham or Yuan script.

It is a Tai language closely related to Lao. Northern Thai has approximately six million speakers, most of whom live in Thailand, with a few thousand in northwestern Laos.

Speakers of this language generally consider the name "Tai Yuan" to be pejorative. They generally call themselves khon mueang (คนเมือง,  [xon˧ mɯːəŋ˧]), Lanna, or Northern Thai. The language is generally known by one of these terms or as Phayap.

The term Yuan is still sometimes used for Northern Thai's distinctive Tai Tham alphabet, which is closely related to the old Tai Lue alphabet and the Lao religious alphabets. The use of the tua mueang, as the traditional alphabet is known, is now largely limited to Buddhist temples, where many old sermon manuscripts are still in active use. There is no active production of literature in the traditional alphabet. The modern spoken form is called Kam Muang. There is a resurgence of interest in writing it in the traditional way, but the modern pronunciation differs from that prescribed in spelling rules.[3]

Most linguists consider Northern Thai to be more closely related to Thai and the other Chiang Saeng languages than to Lao and the Lao–Phutai languages, but the distinction is never easy to make, as the languages form a continuum with few sharp dividing lines.

The Northern Thai language is a close relative of Thai and member of the Chiang Saeng language family. It is spoken by nearly 6,000,000 people in Northern Thailand and several thousand in Laos of whom few are literate in Lanna script. The script is still read by older monks. Northern Thai has six linguistic tones and Thai only five, making transcription into the Thai alphabet problematic. There is some resurgent interest in the script among younger people, but an added complication is that the modern spoken form, called Kammuang, differs in pronunciation from the older form.[1] There are 670,000 speakers of Tai Lü of whom those born before 1950 are literate in Tham, also known as Old Tai Lue.[citation needed] The script has also continued to be taught in the monasteries. The New Tai Lue script is derived from Tham. There are 120,000 speakers of Khün for which Lanna is the only script.