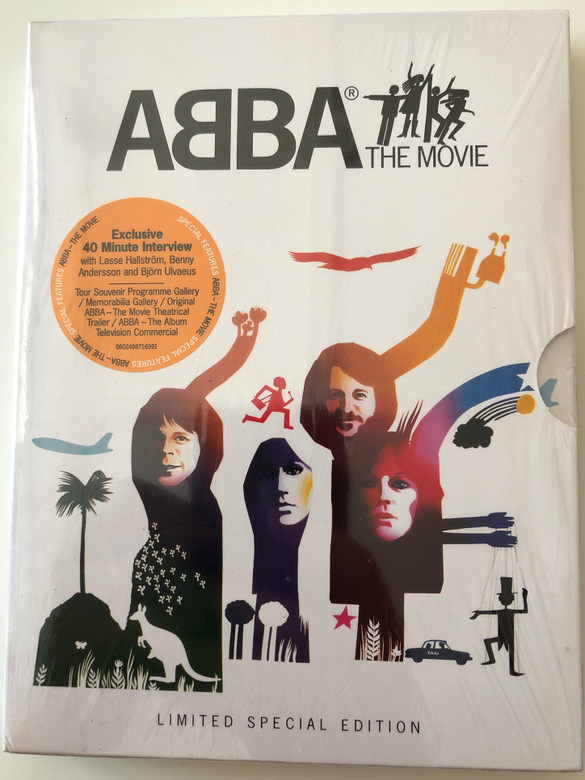 ABBA: The Movie is a 1977 drama-documentary about the Swedish pop group ABBA's Australian tour. It was directed by Lasse Hallström, who directed most of the group's videos. The film has become a cult film among ABBA fans. Its release coincided with the release of ABBA: The Album, the group's fifth studio album, and features many songs from that album as well as many of their earlier hits, and one, "Get on the Carousel", unavailable anywhere else.

The film concerns the adventures of Ashley Wallace, a naïve DJ on Radio 2TW, who normally presents a through-the-night country and western-themed show. In spite of this, he is sent by the station's boss (Bruce Barry) to get an in-depth interview ("Not an interview, a dialogue", demands his boss) with the group, which is to be aired on the day ABBA leave Australia. Ashley, who has never done an interview before, fails, mainly because he has forgotten to pack his press card, although the fact that he is unable to buy a concert ticket doesn't help matters. Armed with his trusty reel-to-reel tape recorder, Ashley is forced to follow the group all over Australia, beginning in Sydney, and then travelling, in order, to Perth, Adelaide, and Melbourne, experiencing repeated run-ins with the group's very protective bodyguard (Tom Oliver), as well as his increasingly exasperated boss. Throughout the movie, we see Ashley interviewing members of the public, asking them if and why they like ABBA. Almost all the comments are positive, but he interviews a man who is driven mad by his ABBA-obsessed twelve-year-old, and another girl who thinks ABBA are over the top.