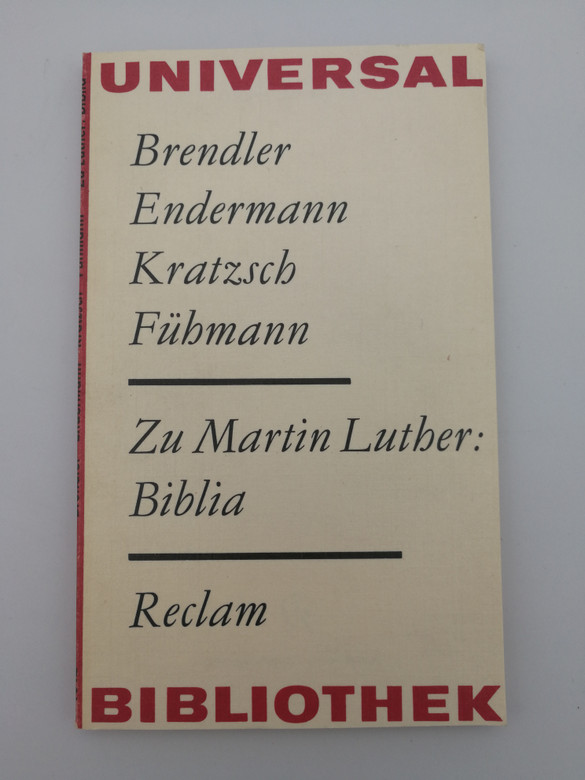 German langauge essays about the Martin Luther Bible, Printing history of the Luther-Bible 1522-1546

The Luther Bible (German: Lutherbibel) is a German language Bible translation from Hebrew and ancient Greek by Martin Luther. The New Testament was first published in 1522 and the complete Bible, containing the Old and New Testaments with Apocrypha, in 1534. It was the first full translation of the Bible into German based mainly on the original Hebrew and Greek texts and not the Latin Vulgate translation.

Martin Luther, O.S.A. (10 November 1483 – 18 February 1546) was a German professor of theology, priest, author, composer, Augustinian monk, and a seminal figure in the Reformation. Luther was ordained to the priesthood in 1507. He came to reject several teachings and practices of the Roman Catholic Church; in particular, he disputed the view on indulgences. Luther proposed an academic discussion of the practice and efficacy of indulgences in his Ninety-five Theses of 1517. His refusal to renounce all of his writings at the demand of Pope Leo X in 1520 and the Holy Roman Emperor Charles V at the Diet of Worms in 1521 resulted in his excommunication by the pope and condemnation as an outlaw by the Holy Roman Emperor.

Luther taught that salvation and, consequently, eternal life are not earned by good deeds but are received only as the free gift of God's grace through the believer's faith in Jesus Christ as redeemer from sin. His theology challenged the authority and office of the pope by teaching that the Bible is the only source of divinely revealed knowledge,and opposed sacerdotalism by considering all baptized Christians to be a holy priesthood. Those who identify with these, and all of Luther's wider teachings, are called Lutherans, though Luther insisted on Christian or Evangelical (German: evangelisch) as the only acceptable names for individuals who professed Christ.