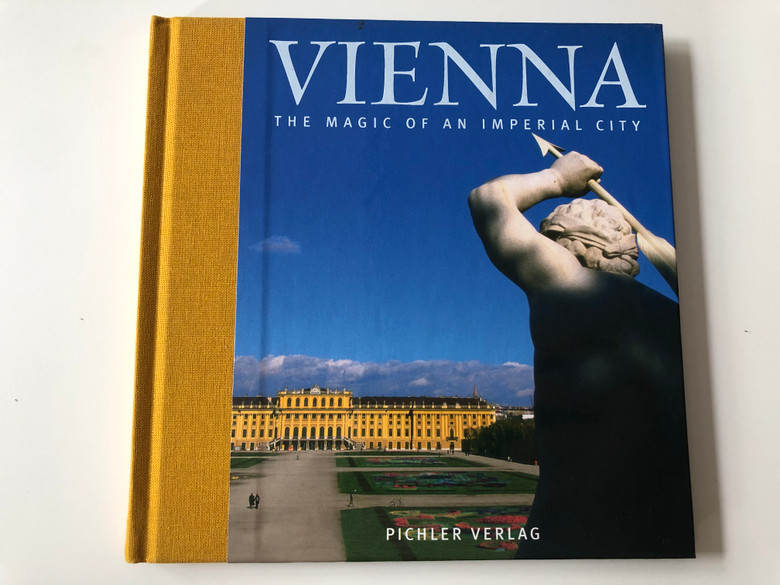 Enchanting impressions from the imperial city: the Vienna adventure world in a compact format

Anyone who knows Vienna knows that this city is not like any other - Vienna is an incomparable attitude to life: a bit cheerful, sometimes sentimental, but always inclined to the joys and pleasures of life. Vienna is the declared center of the k. u. k. Nostalgia and a true Eldorado for art and music lovers, which offers unique treasures and experiences for the visitor,
Toni Anzenberger photographs this enchanting cityscape unconventionally and with powerful freshness, with a sure eye and an excellent feeling for the right light Texts on the history and traditions of the Danube metropolis are complemented to create an impressive overall portrait.
An excellently photographed, lovingly designed book that captures the magic of the old imperial city in wonderful pictures and sensitive texts, an exciting encounter with Vienna, with its beauties and moods.

Toni Anzenberger was born in Vienna in 1969. From 1982 to 1988 cyclist, member of the Austrian national team. From 1989 cooperation with his sister Regina Maria Anzenberger's agency. 1990 first photo reports, from then on regular work for numerous international newspapers and magazines. Already published by Pichler: “Vienna. Imperial City - World City - Cultural Metropolis ”(in 9 languages) and“ Vienna. Dream city to fall in love with ”(German and English).
The author:
Johannes Sachslehner, born in Scheibbs in 1957, studied German studies and history (phD.) At the University of Vienna and taught from 1982 to 1985 at the Jagiellonian University in Kraków as a guest lecturer for German language and literature, then worked in archive and publishing. since 1989 publishing editor; Lecturer at the University of Vienna with a focus on Austrian literature from the 19th and 20th centuries. He recently published the volume “Vienna anno 1683” in Pichler Verlag.