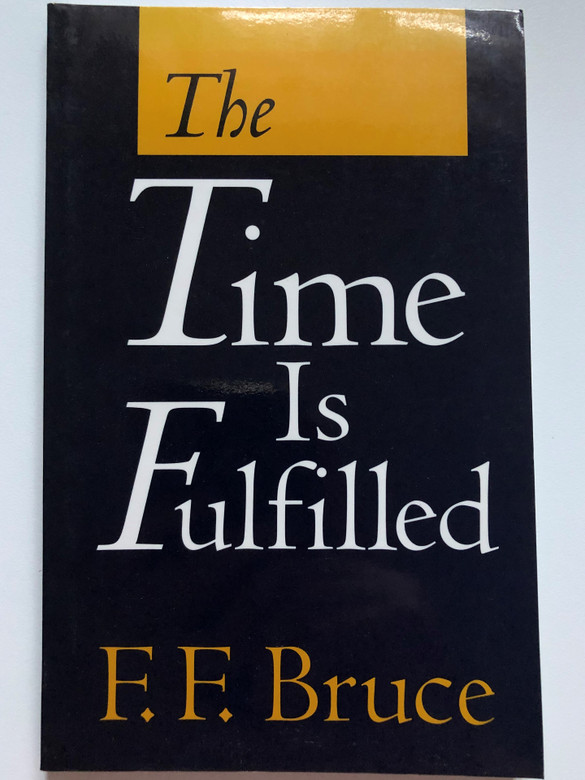 The Time is Fulfilled by F. F. Bruce / Five Aspects of the Fulfilment of the Old Testament in the New / Eerdmans Publishing 1995 / Hardcover

The Time is Fulfilled by F. F. Bruce / Five Aspects of the Fulfilment of the Old Testament in the New / Eerdmans Publishing 1995 / Hardcover

In this volume of essays, based on the 1977 Moore College lectures in Sydney, Australia, F. F. Bruce examines five examples of the fulfillment of the Old Testament in the New. In the first essay, from which the title of this book is taken, Bruce addresses Jesus' words in Mark 1:14-15: "The time is fulfilled, and the kingdom of God has drawn near; repent and believe the good news." Bruce stresses that in fulfilling the time Jesus is not merely responding passively to conditions favorable to the establishment of his kingdom; rather, he has decisively taken the initiative to inaugurate the fullness of time that he has announced. The remaining essays discuss other instances of the development of Old Testament themes in the New Testament: the ways in which the ministry of Jesus confirms the testimony of Moses, Abraham as the prototype of those elected by God, and the deeper meanings of "a shadow of good things to come" spoken of in Hebrews and "the spirit of prophecy" proclaimed in Revelation

Frederick Fyvie Bruce FBA was a Biblical scholar who supported the historical reliability of the New Testament. His first book, The New Testament Documents: Are They Reliable? (1943), was voted by the American evangelical periodical Christianity Today in 2006 as one of the top 50 books "which had shaped evangelicals".