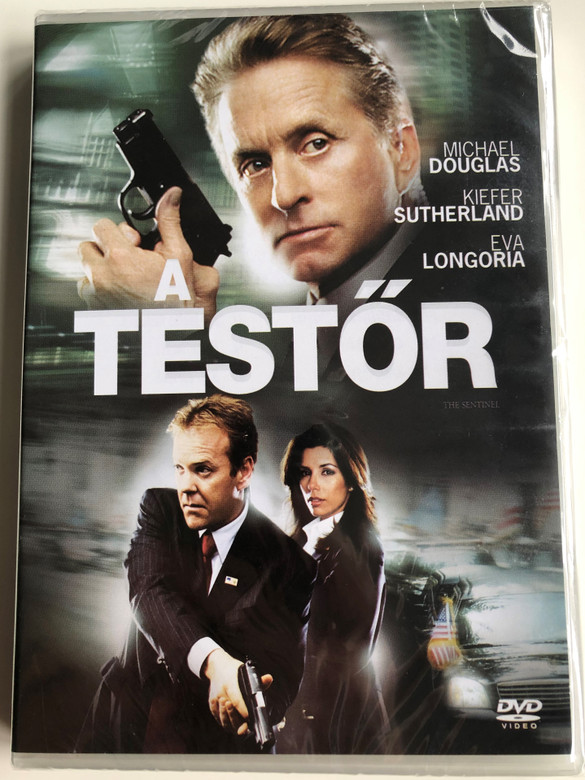 The Sentinel is a 2006 American political action thriller film directed by Clark Johnson about a veteran United States Secret Service special agent who is suspected as a traitor after an attempted assassination of the president reveals that someone within the Service is supplying information to the assassins.

Pete Garrison (Michael Douglas) is a Secret Service agent and one of the personal bodyguards for First Lady of the United States Sarah Ballentine (Kim Basinger), with whom he is having an affair. He is one of the oldest and most experienced agents, having been involved in saving Ronald Reagan's life. His close friend and fellow agent, Charlie Merriweather (Clark Johnson), is murdered. Garrison is told by a reliable informant that the killing of Merriweather is linked to an assassination plot against the President. The intelligence given by the informant reveals the existence of a mole with access to the President's security detail.

The Secret Service Protective Intelligence Division, led by Garrison's estranged friend and former protégé David Breckinridge (Kiefer Sutherland), with rookie partner Jill Marin (Eva Longoria), is tasked with investigating the plot. Breckinridge orders every agent to be subjected to a polygraph test. Meanwhile, the mole discovers the discussion with the informant and Garrison's affair with the first lady, and attempts to blackmail Garrison by luring him to a coffee shop known to be a meeting point for a Colombian cartel. After delaying for some time, Garrison is subjected to a polygraph. The agent in charge of the Presidential Protective Division, William Montrose (Martin Donovan), decides to randomly select the means of transporting the president using a coin toss. As the President and first lady visit Camp David, Garrison's informant calls, demanding that his payment be made at a shopping mall food court. Garrison goes to meet him, but he disappears in the crowd, and an assassin tries to kill Garrison. The agents pursue the assassin, but he escapes. Simultaneously, the presidential helicopter is shot down by a surface-to-air missile outside of Camp David, though neither the President nor his wife were aboard (due to Montrose's coin "deciding" to use the motorcade instead).