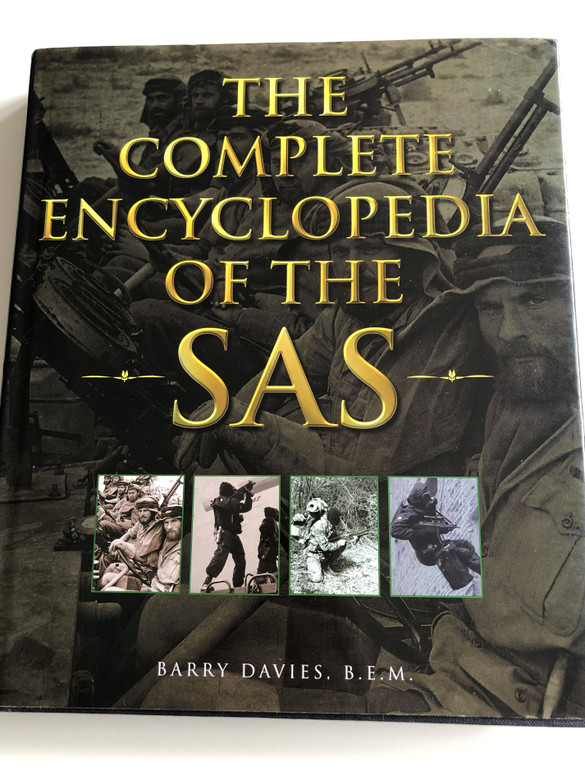 The Complete Encyclopedia of the SAS by Barry Davies B.E.M / Hardcover 1998 / History of the British Special Air Service / The Most Comprehensive SAS reference work ever Published / Covers Operations, Equipment, Weaponry and Personnel in detail / Virgin

Barry Davies, BEM (22 November 1944 – 18 April 2016) was a British Army infantry soldier who served with the Welsh Guards and the Special Air Service regiments. He was later a published author, and worked in television production.

This text covers every aspect of the history of the SAS, including operations, equipment, specialized weaponry and famous figures associated with the regiment. The information is presented in A-Z format and boasts more than 1000 entries with 450 photographs of SAS troops in action and in training and their range of equipment, much of which was developed by the regiment solely for their own use. Battleplan sketches illustrate some of the most important SAS operations from their origins during World War II, to the Gulf War campaigns and their role as an anti-terrorist unit. Every entry is cross-referenced.