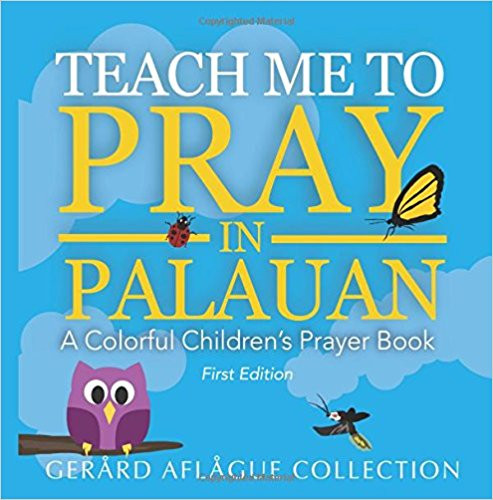 Teach Me to Pray in Palauan: A Colorful Children's Book Prayer

This book is a resource that assists parents to teach children to pray in Palauan. Using colorful illustrations, each page presents a short phrase allowing for easier memorization.

Palauan (a tekoi er a Belau) is one of the two official languages of the Republic of Palau, the other being English. It is a member of the Austronesian family of languages, and is one of only two indigenous languages in Micronesia that is not part of the Oceanic branch of that family, the other being Chamorro (see Dempwolff 1934, Blust 1977, Jackson 1986, and Zobel 2002). Most researchers agree that Palauan and Chamorro are instead outliers on the Sunda-Sulawesi branch of the Austronesian language family, though it has been claimed that Palauan constitutes a possibly independent branch of the Malayo-Polynesian languages (Dyen 1965).

The Palauan language is widely used in day-to-day life in Palau.